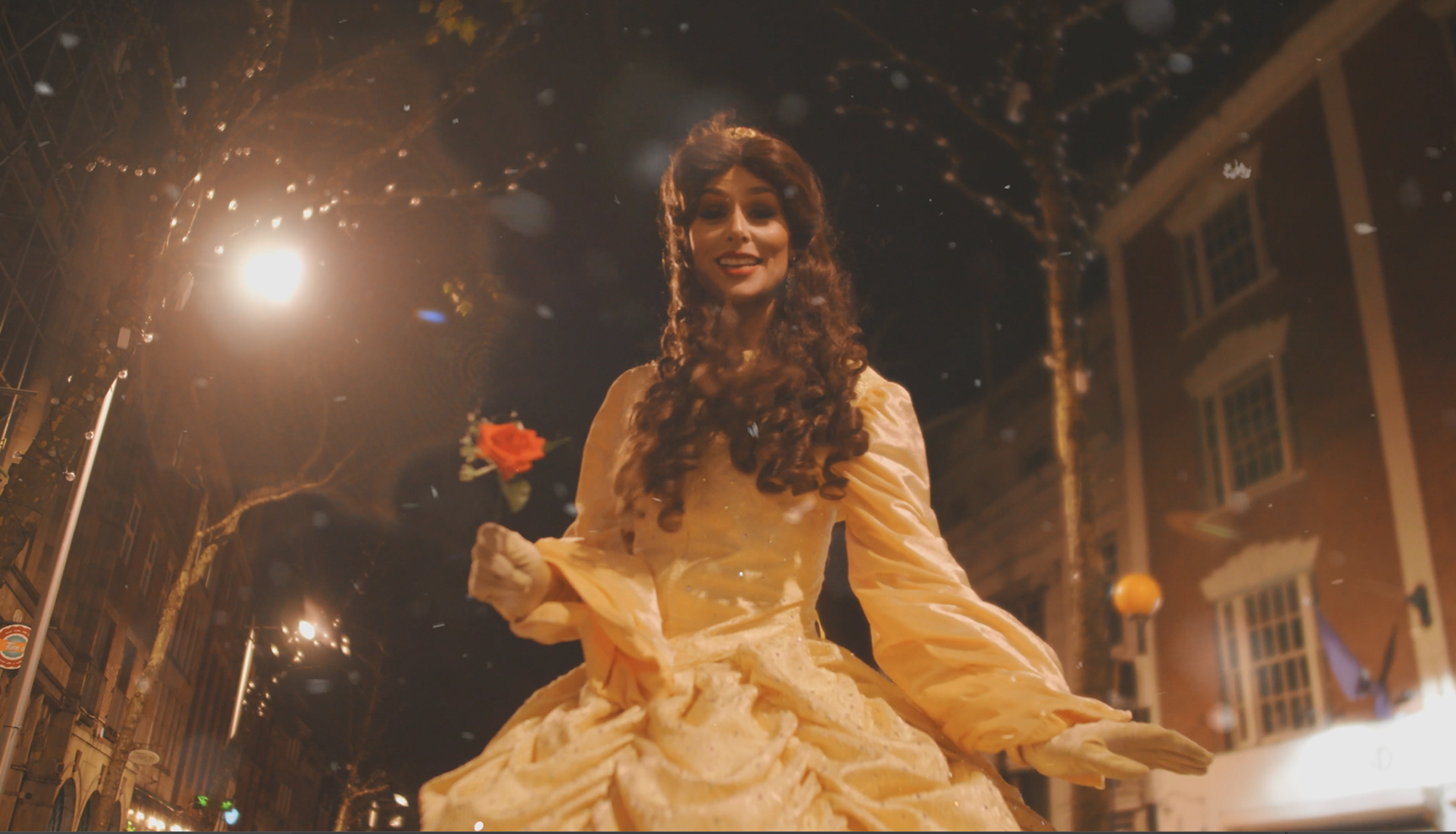 Around 25,000 people logged on to watch Swansea Council’s countdown to Christmas begin with a Virtual Christmas Parade.

The viewing figures were possibly three or four times that, with families gathering around tablets, smartphones, laptops and PCs to enjoy the colourful action.

Although most viewers were based in Wales the video was also seen as far away as America’s west coast and in European countries including Germany, Holland, Spain and Sweden.

Alana Gill wrote: “Aww this was amazing! Although it’s not the same as usual it helps keep the spirit alive for us all! My son watched and he was so happy and excited and asked could he go. Had to explain to him that we can’t this year! Aww talk about mixed emotions! Although this year won’t be the same as previous years for many of us I will do the best I can to have a good Christmas and a good ending to the year for my family for definite! Well done and thanks for the virtual parade 2020!”

Another wrote: “Thank you Swansea Council. It was absolutely fantastic. It took me back to my childhood inside. Just loved it – brilliant. Cheered us all up after this awful year and gives us hope for 2021.”

The video – premiered on the evening of Sunday, November 15 – featured the best bits of previous years’ parades as part of a festive countdown that will help keep residents safe. Highlights included community groups in magical costumes, princesses and story-book characters, light-up drummers and Santa in his sleigh.

Robert Francis-Davies, Cabinet Member for Investment, Regeneration and Tourism, said: “I’m delighted that so many people enjoyed our online start to the festive season.

“Our annual Christmas Parade is a major event in the countdown to Christmas and one that everyone looks forward to, whether being part of it or watching it in the city centre.

“It is hugely popular, attracting tens of thousands of people but with the coronavirus, for the safety of all of our residents, an event like this was just not possible this year.

“We’re glad that our virtual parade helped to get people in the Christmas spirit.

“Nobody was more disappointed than our own staff that we couldn’t put on the city centre parade this year. However, our Marketing and Events teams were determined to do something by way of a celebration – albeit delivered in a very different way. We’re delighted to see all the very positive comments.”

The video featured previously unseen footage from last year as well as some new additions including a message from council leader Rob Stewart.

He said: “This year is very different to most years because of the pandemic.

“The council’s aim has always been to keep people as safe as possible and that’s why we did the Christmas parade in a different way.

“We want everybody to stay safe and have the best Christmas they can in the circumstances.

“We can guarantee that our parade next year will be bigger and better than ever!”

For those who missed it, the Virtual Christmas Parade can still be seen on Enjoy Swansea Facebook;  Enjoy Swansea YouTube or at http://www.Enjoyswansebay.com

Full details about other Christmas attractions including the city centre Christmas Market can be found at www.enjoyswanseabay.com.