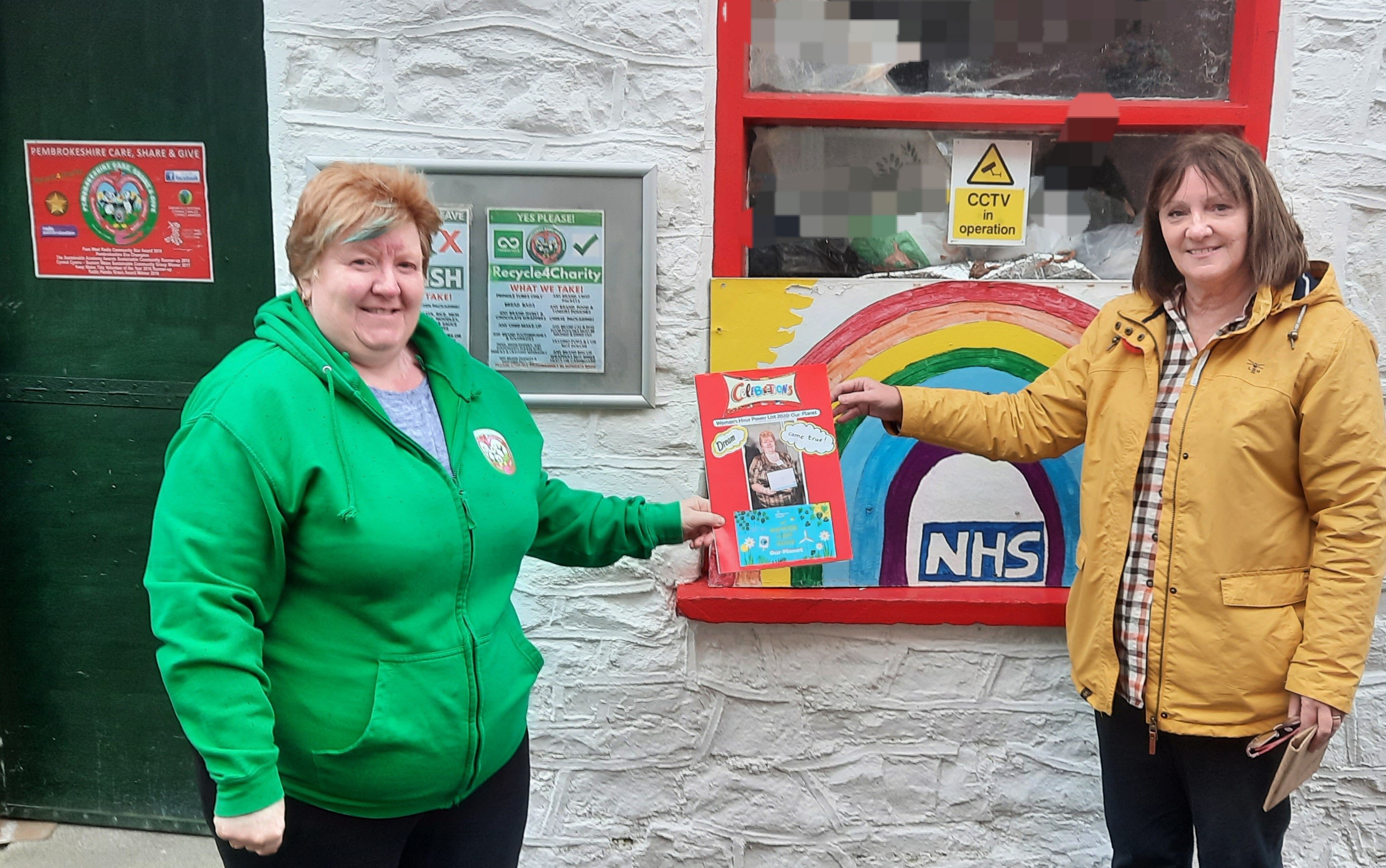 Recycling dynamo Amanda Absalom-Lowe of Haverfordwest has been named by BBC Radio 4 as one of 30 inspiring women whose work is making a positive difference to the environment.

Amanda was named in the top 20 of the ‘Woman’s Hour Power List 2020: Our Planet’ for the work of her charity Pembrokeshire Care, Share & Give.

Featuring names such as MP Caroline Lucas and Kate Humble, the Power List 2020 celebrates women whose work is ‘making a significant positive contribution to the environment and the sustainability of our planet’ says Woman’s Hour.

“The problems our planet is facing can feel overwhelming, but these women prove that everyone can make a difference in their own way through creativity, optimism and enthusiasm,” said the programme.

Amanda founded Pembrokeshire Care, Share & Give as part of a fundraising recycling scheme to raise money for the several hospitals where her premature baby Megan (now aged nine) was treated by the amazing NHS staff.

Since then, Megan – who also underwent life-saving open heart surgery when she was eight months old – and the charity have blossomed, with Amanda rallying the local community to recycle as much as they possibly can and think carefully before throwing anything away.

The Pembrokeshire County Council employee is able to facilitate many items such as recycling of crisp packets, sweet and biscuit wrappers, used stationary, Tassimo & Lo’r coffee pods and so much more, and seeks to create a circular economy wherever possible.

During the pandemic, the charity branched out to reduce food waste from grocery suppliers when other groups and charities were closed.

Amanda was nominated by Ann Dobson, who said she was inspired by Amanda’s determination and hard work behind the scenes; sorting and packing items every evening ready to send off for recycling.

Amanda, who works in Pembrokeshire Council’s Social Services Care First team, said she was very grateful to Ann for the nomination and added: “I just get on with what’s needed to be done and try to help whoever we can.

“Without our amazing network of volunteers, working with many other groups, charities and public donations, we wouldn’t be where we are today!

“So a big thank you also to everyone who has supported us and continues to.”