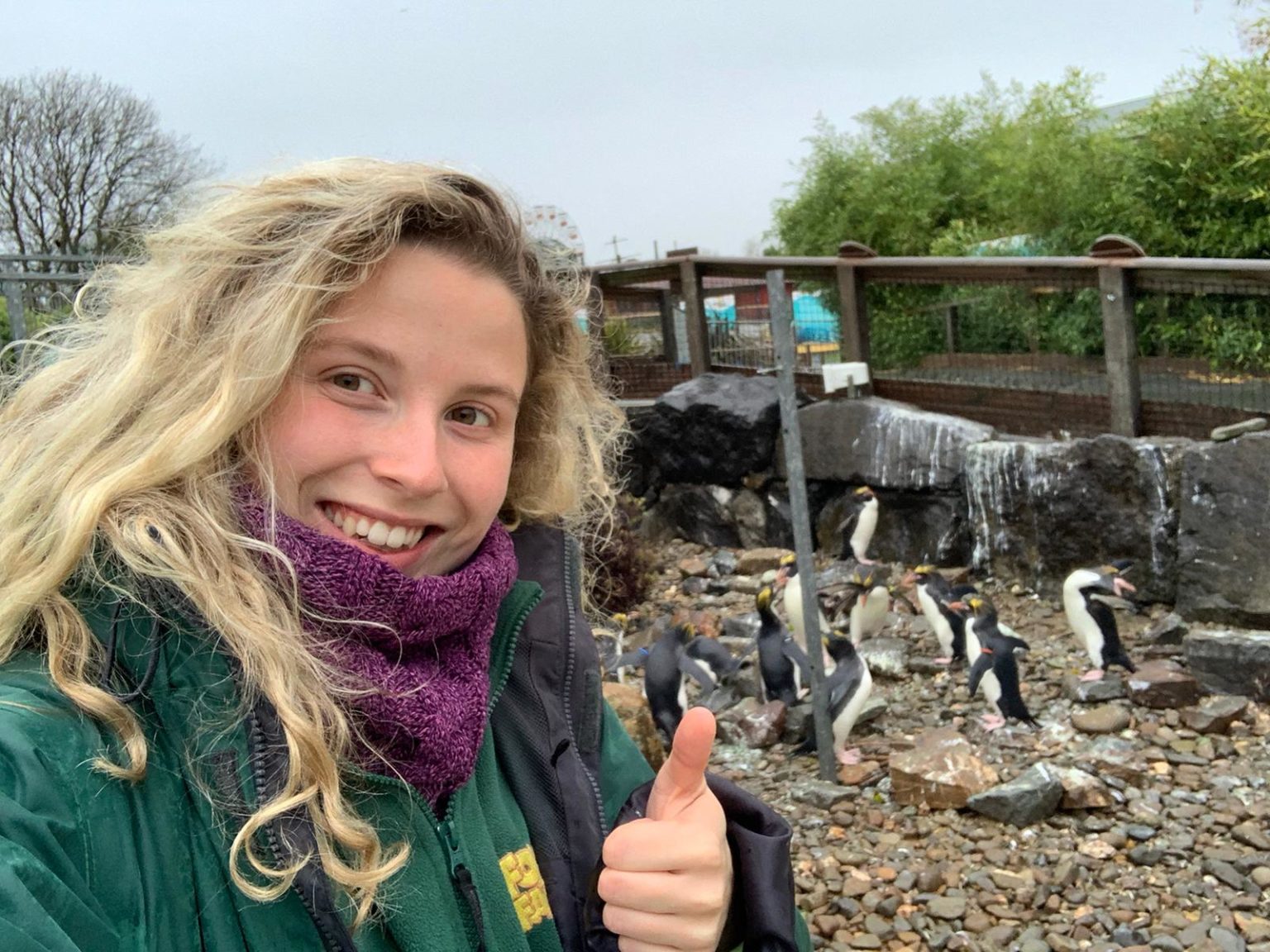 A family of 12 macaroni penguins joined Folly Farm after they lost their home due to the coronavirus pandemic. The penguins found themselves homeless and facing a possible move to a European zoo when Living Coasts in Torquay announced its closure in the Summer.

The six male and six female macaroni penguins were moved before the firebreak lockdown as part of a co-ordinated breeding programme enabling them to remain in the UK. Folly Farm’s Penguin Coast is now the only place in the UK where visitors can see macaroni penguins. The new huddle join four male macaroni penguins – Tony the Don, Frankie the Fish, Vinnie the Voice and Little Nico – affectionately named the “Macaroni Mafia”.

Folly Farm Zoo Curator Tim Morphew said: “In an ideal world, we would be welcoming these new penguins to the Folly Farm family under happier circumstances. Zoos across the UK and Europe have had a very difficult year. We’re sad to see Living Coasts close, but a small positive for us is that we’ve been able to able to lend a hand by giving these amazing birds a new home in the UK.”

Classed as a vulnerable species under a European breeding programme we hope to breed these penguins in the near future to help increase numbers in European zoos and, ultimately, the wild.

Tim added: “We’ve learned from previous experience that macaroni penguins are very laid back, they aren’t fazed by much. We’re lucky at Folly Farm to have a purpose-built penguin quarantine area which gave us an opportunity to spend 30 days getting to know these new macaroni penguins before introducing them to their new housemates at Penguin Coast.

“They’ve settled in beautifully and we’re starting to see their characters and their personalities coming out. They’re a very playful species, they love hopping on the rocks, playing with bubbles and looking at themselves in the mirror. Spud is the grumpy old man of the family at 21 years old, he gets hangry if the keepers take too long to feed him. Yo-yo was hand reared, so he loves people – and himself. Violet is the smallest of the family, she’s very sweet and gentle and already a firm favourite with the keepers.”

To make room for the new arrivals, nine Humboldt penguins have been relocated to Flamingo Land in north Yorkshire, to join the breeding programme there.

Tim continued: “The remaining Humboldt penguins were quite excited by the new arrivals and came over to say ‘hello’, but the two groups have split out now and the macaroni penguins have already established their own area of Penguin Coast on the rocky part of the beach.

“Penguins have always been a popular attraction here at Folly Farm, visitors love watching them swim in the underwater viewing area. And, with these new arrivals, we’re expecting to see an increase in the number of sales of our penguin adoption packs in the lead up to Christmas.

“We’re looking forward to getting the breeding programme started next year and hopefully seeing more of these fantastic birds head to new homes across the UK.”

Clare Rugg is senior curator at Paignton Zoo and formerly at Living Coasts. She said: “When we heard that Living Coasts was to close, the first thing we needed to do was to ensure that we fund suitable homes for the animals. We had previously worked with Folly Farm and they already held some of our Macaroni penguins from a previous move.

“Folly Farm was therefore an obvious choice when moving the Macaroni penguins. They have an excellent track record in keeping penguins and had a suitable enclosure for them. The move was also agreed by the European penguin TAG. We were of course sad to see them go but happy knowing they were going to a fantastic new home”