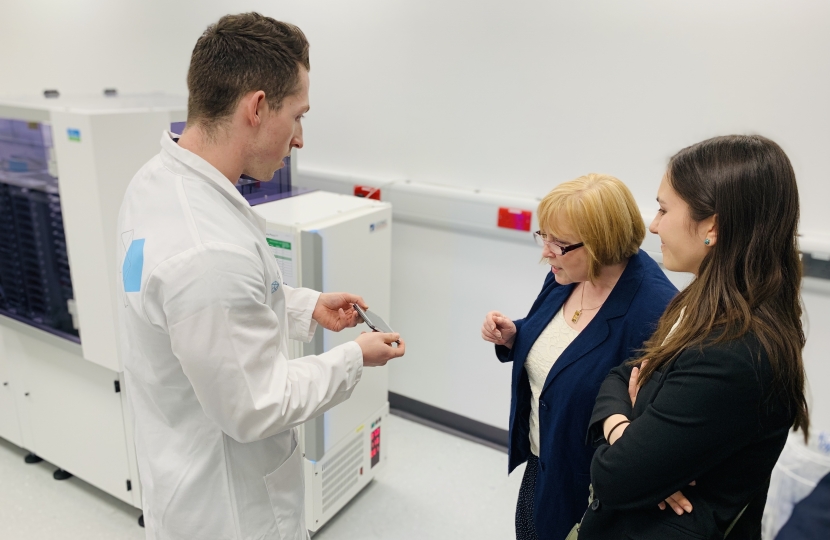 Conservative regional member of the Senedd, Suzy Davies is urging Welsh Health Minister Vaughan Gething to use the university laboratories in Swansea to boost the testing programme in Wales.

Mrs Davies said that she was surprised to learn that Welsh Government has not asked Swansea University to convert some of its lab capacity to carry out this work, especially as reliance on “lighthouse” labs had led to delays.

She said: “I raised this option back in the spring, knowing that you cannot change the purpose of labs overnight. These are top quality facilities with highly skilled and expert staff. Vice Chancellors across Wales have been happy to place them at the disposal of both Welsh Government and the Welsh people.

“Reliance on the Lighthouse Labs is resulting in a slow return of test results – 72 hours or more in some cases. That time lag completely undermines the possibility of successfully tracing and isolating contacts of those who test positive.

“The most recent figures released show that Wales is only carrying out an average of 3,738 tests a day when we should be doing ten times as many – 36,000 a day.

“I would urge Welsh Government to change tack and consider using these university labs – as well as others elsewhere in Wales – to help us in this fight.

“As we all keep on saying, testing and tracing is a key weapon in our armoury against this virus and until we beef this up to the level required we will see infection rates rising and then have to resort to damaging lockdowns and other restrictive measures which are destroying the Welsh economy and costing us thousands of jobs.”