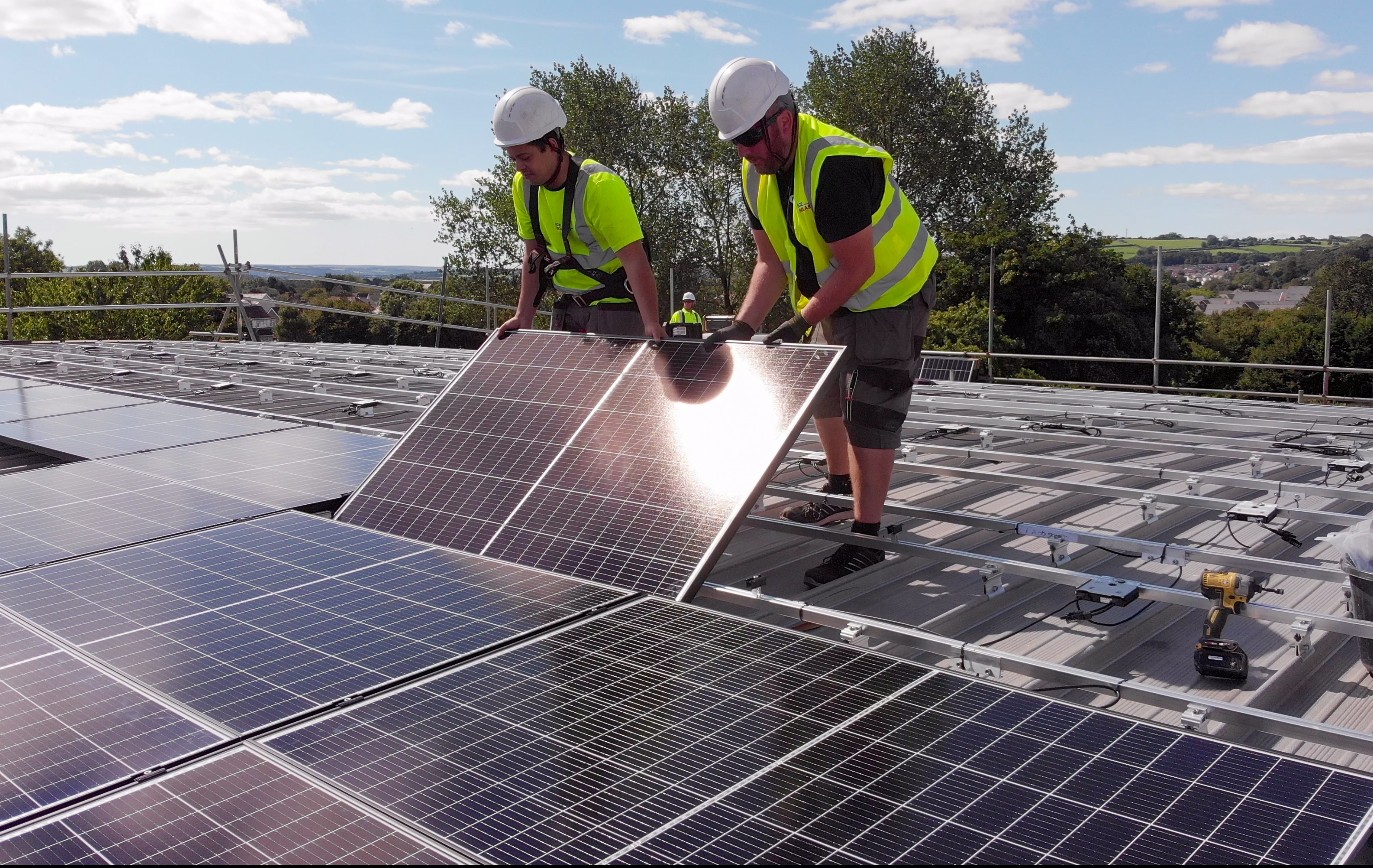 Swansea could go net carbon zero by the middle of the century under an ambitious vision agreed by the council’s Cabinet.

Swansea Council has already set itself the target of being a net carbon zero council within the decade.

Now Cabinet has agreed to get the ball rolling to see the target achieved for the whole city by 2050.

The council will build on the carbon cuts achieved so far with an even greater use of renewals and further reduction in its energy consumption.

It will also review its existing plans and strategies to identify further actions for fighting climate change and green energy and biodiversity will play an even bigger part in its procurement process.

Rob Stewart, leader of the Council, said: “Swansea has long championed the idea that we cannot leave future generations to fix the problems of climate change that our generation has largely created.

“As a council we’ve been setting an example by cutting our carbon footprint year after year by investing in the largest electric fleet of council vehicles of any local authority in Wales, by enabling schools to go net carbon zero by generating solar power on their roofs and by fitting a new generation of energy-efficient lights to our network of street lighting.

“That’s to name just a few initiatives. On top of that the council’s pension fund is actively divesting from energy-rich businesses while, at the same time, investing in energy-efficiency projects around the world.”

He added: “We have come a long way in recent years by embracing green technologies which are already reducing the council’s carbon footprint.

“These are at the heart of the regeneration of our city centre and the £1.3bn Swansea Bay City Deal.

“But as a council we know there is even more that we can do and that is why we are setting this ambitious target for the whole city. We will need to work together in our communities and alongside businesses to make it happen.”

Councillor Andrea Lewis, Cabinet Member for Homes and Energy, added: “We are building some of the most energy efficient council houses in Wales and retro-fitting others. We are also expanding our network of electric vehicle charge-points to encourage residents and visitors alike to invest in electric cars.

“There are many other measures we have taken in recent years both large and small and I am proud of what we have achieved to date but I’m also excited about what we will do in the future to become net carbon zero by 2030.”

The report agreed by Cabinet agreed a number of ambitious proposals to support action to go net carbon zero and help tackle the climate emergency. It follows on from a Notice of Motion agreed by Council in June, 2019, to declare a Climate Emergency.

Among them is a continuing commitment to the Dragon Island project which would be one of the biggest integrated green energy projects in the world, as well as supporting the creation of solar farms, the Swansea Bay Metro transport system and the extension of electric vehicle infrastructure.

If the report is approved the council will do further work to develop an action plan to engage local businesses and organisations to join the effort to create a green, net carbon zero city by 2050 while at the same time accelerating the council’s effort to lead by example by doing the same by 2030.

Work is on track on a two-year project to ignite the fortunes of Swansea’s historic Palace Theatre building.