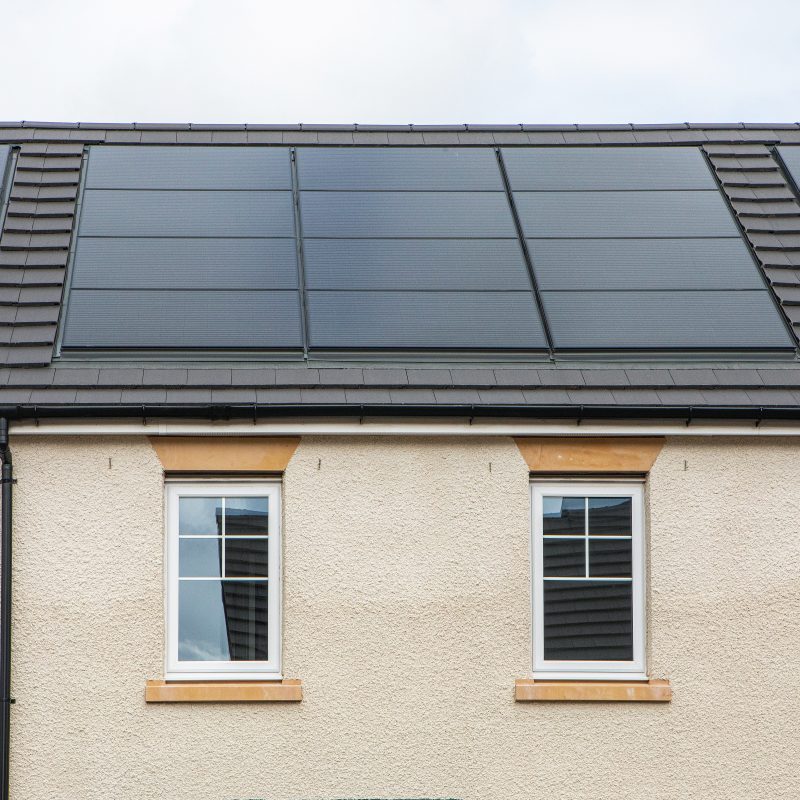 Work is set to get underway on the UK’s largest ever energy retrofit project of its kind, that will see almost 650 homes in a Swansea community benefiting from the installation of state-of-the art renewable energy generation, energy storage and smart energy management technology.

The homes, in the Penderry Ward of the city, are owned and managed by Pobl, Wales’ largest provider of affordable housing, who have partnered with renewable energy tech and service supplier, Sero.

It is anticipated that the innovative scheme, supported by £3.5m EU funds from the European Regional Development Fund (ERDF) through the Welsh Government, will see the community generate as much as 60 per cent of their total electricity requirements, reducing bills as well as carbon emissions by as much 350 tonnes per year.

Pobl has been engaging with local residents in Penderry about the future of their community over the last few years, including running a smart energy pilot scheme with a small number of residents.

The energy retrofit, which will kick off in the New Year, is seen as a stepping-stone to a wider investment into the Penderry area that will have a positive impact across the entire community.

Solitaire Pritchard, Head of Regeneration at Pobl Homes & Communities said: “Fuel prices and climate change are two sides of the same crisis, with people in Wales still among the most fuel-poor in the UK. We are committed to identifying new ways of making homes more environmentally and financially sustainable – and that includes our existing homes as well as our new developments.  This means we need to be innovative in our approach to finding a transformative solution and we are delighted to partner with Sero. The scheme will introduce technology into our homes that will change lives and sustain communities while also looking after the planet for future generations.”

“Given its scale, Pobl’s  investment in Penderry will be very significant in demonstrating the positive environmental impact that low carbon technologies can have within existing housing stock” he said.

“There is, quite rightly, a growing requirement for new homes to be created carbon neutral, and that can’t come quickly enough. But, at the same time, as recognised by both the UK and Welsh Governments, there is huge potential for real environmental gains to be made by retro-fitting our existing homes to reduce their current 20% contribution to UK carbon emissions. This project will be an early exemplar of how that potential can be realised.”

Welsh Government Minister for Housing and Local Government, Julie James said: ““The transformational nature of this project on social housing in Wales is significant and this has been recognised by the ERDF funding at a time when we need to address the Climate Emergency and create new jobs, training and innovation opportunities in our communities in response to Covid 19.

“As one of the UKs largest energy retrofit projects, it shows a clear demonstration of the commitment from Pobl, local authorities and Wales’ social housing sector to reduce carbon emissions.

“This innovative project in Penderry will not only make a difference to its residents but is another step to having more low carbon homes in Wales.”

Sero will install individual or communal batteries for all homes that will harness power generated via linked solar panels fitted to most, so that renewable energy is generated and can be stored for subsequent use by the community.

Every home will also have new smart thermostats and intelligent heating controls, managed through Sero’s digital app, to deliver energy bill savings for residents while also balancing demand from the grid so that stored energy is used at the most expensive times.

The project will address new forms of inequality related to solar orientation by ensuring that all residents benefit from the energy generated by the community.

The Penderry community will also benefit from large scale infrastructure upgrades, due to Western Power Distribution using this project as its national pilot to trial the positive effects on local grid infrastructure of renewable energy supplies and storage that are intelligently managed through trusted systems installed in people’s homes.

Local resident Brian Mcallen participated in the pilot scheme and he welcomed news of the roll-out to the wider community, saying:

“This scheme will have enormous benefits for the entire community, it allows people to really see how green energy works and how much money they can save to use elsewhere. It can be a real eye opener.

“I’ve always been interested in it and thought about how we can use solar power to make a difference in this community, but there has to be an incentive for people.

“You can explain the benefits as much as you want, it’s only when people can see it for themselves that it really hits home and they really understand it. This is straightforward and easy to use, it’s a great idea that everyone will benefit from.”

The scheme is the largest retrofit project of its kind – relating to the number of homes within one local area being retrofitted to deliver joined renewable energy benefits across the entire community.

Lessons learned from the Penderry scheme will inform the wider roll-out of renewable energy technology in thousands of homes throughout the Swansea Bay City Region as part of a City Deal Homes as Power Stations project, subject to its approval by the UK Government and Welsh Government.

Energy efficiency technology will be retrofitted to 7,000 homes with a further 3,300 new build homes also set to benefit as part of this regional project, which is led by Neath Port Talbot Council.

“Technology like this is important because it’ll help tackle fuel poverty and improve residents’ health and well-being, while benefitting regional supply chain businesses and further decarbonising the local and regional economies.”

Swansea Council has also already begun the revolution of creating new energy efficient homes in the city. A pilot scheme has been completed, retrofitting six bungalows with innovative energy saving equipment which has helped the properties generate their own power as well as save on energy bills.

Cllr Andrea Lewis, Swansea Council Cabinet Member for Homes, Energy and Service Transformation said: “This is great news for Swansea and for residents who want to live in homes which are sustainable and result in lower energy bills.

“Some of our own tenants are already benefitting from this type of development and it’s fantastic to know that Pobl are also ensuring those living in social housing in the city will benefit in the future. Jointly we can help reduce the risks of issues such as fuel and energy poverty.”