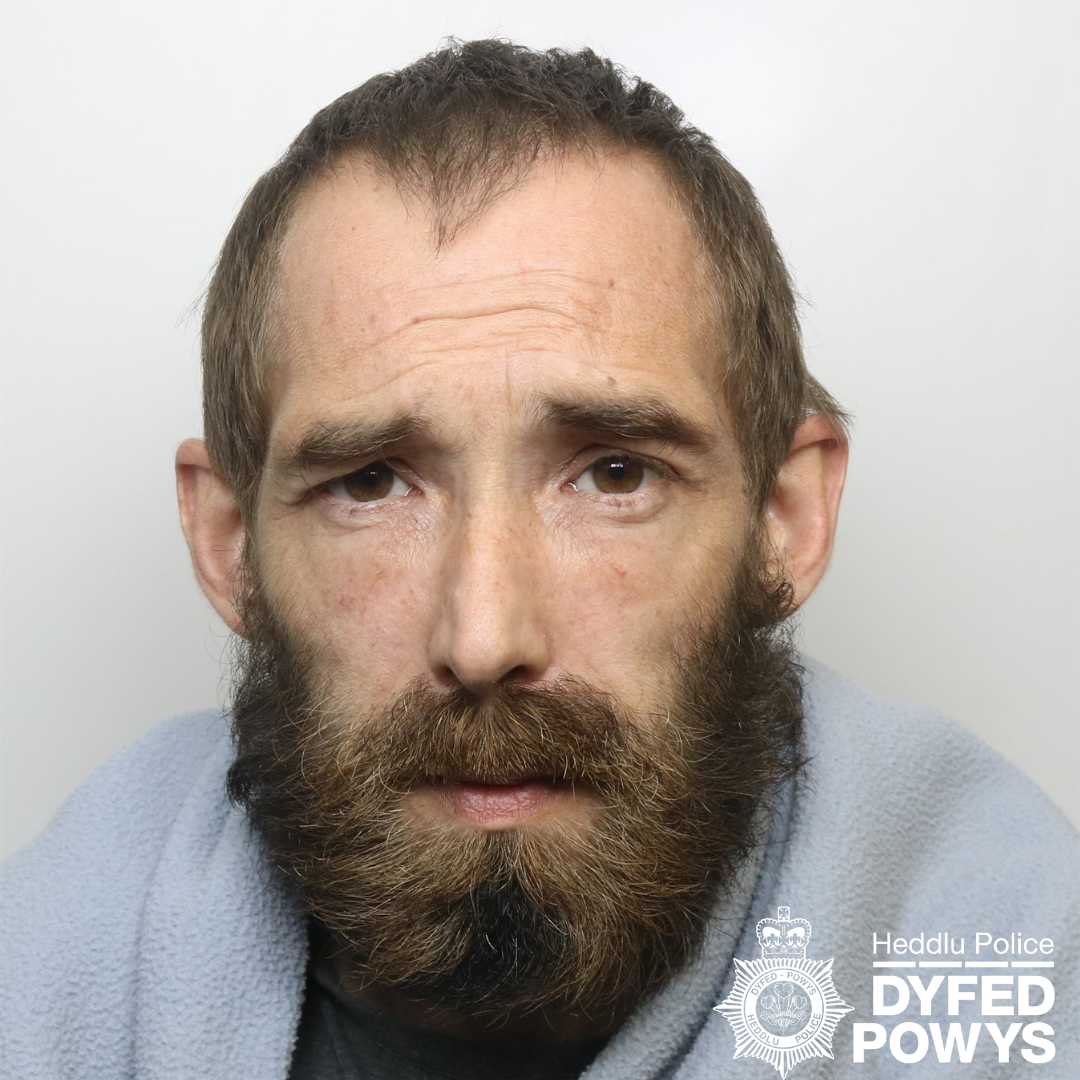 POLICE have released footage of a drug driver who drove through a stretch of road works on the wrong side of the road, putting other drivers and pedestrians at risk.

The 31-year-old drive so dangerously that Pembrokeshire Roads Policing Unit officers were no longer able to follow him for fear that he could cause a serious collision.

Brown appeared at Swansea Crown Court on Monday, November 23, where he was sentenced to 14 months in prison.

The incident unfolded on Friday, October 23 when an RPU officer attempted to stop Brown as he drove out of The Mount estate at speed.

He failed to stop, and proceeding to drive on the wrong side of the road to get away from officers.

Pembrokeshire RPU PC Richard Mycroft said: “This was an incredibly dangerous pursuit, which saw the defendant drive into the path of oncoming vehicles at a set of temporary traffic lights, and through a stop sign.

“An off duty officer was forced to take action to avoid being hit as Brown drove towards him, and we had no option but to stop following when he swerved into a coned area of roadworks where a number of people were working.”

It is footage of this action that Dyfed-Powys Police has released in a bid to show the danger Brown posed to members of the public that day.

The defendant went on to collide with a parked car, causing more than £900 of damage, before getting out of his car and laying on the ground in an attempt to hide from police.

PC Mycroft added: “A witness told officers her children had been playing outside, and fears if Brown had driven around the corner seconds before, he could have hit them.

“This manner of driving is completely reckless, totally unacceptable, and could have had a tragic outcome.

“The number of lives Brown put in danger through driving into oncoming traffic, through roadworks and into residential streets at speed is beyond comprehension.”

Brown was charged with dangerous driving, driving with no insurance, driving while disqualified, failing to stop when requested by police, and possession of cannabis.

His vehicle, which had no insurance, tax or mot, was also seized.

He was remanded to appear in front of the next available court, and admitted all five offences at Swansea Magistrates’ Court on Saturday, October 24. He also pleaded guilty to an additional charge of driving whilst unfit through drugs, which was laid on at court.

“We would like to thank members of the public for their assistance in tracing Brown on the day, when we made the decision to end the pursuit,” PC Mycroft said.

“Their help was invaluable.”