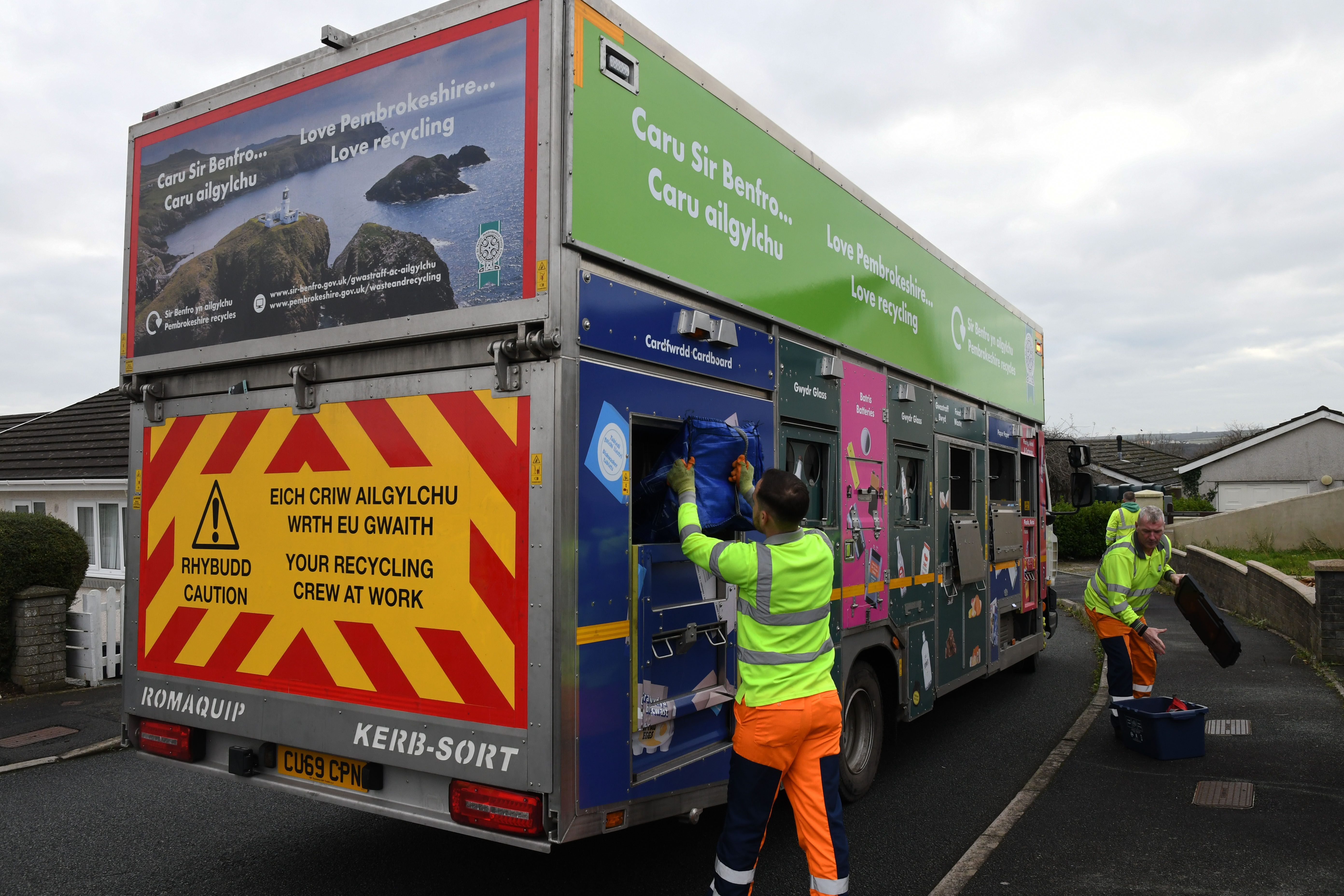 Pembrokeshire residents are the top recyclers in the country, it’s been announced.

The Welsh Government has named Pembrokeshire as the best-performing local authority area for recycling from April 2019 to April 2020.

A total of 72% of all household waste was recycled during the period – the highest figure Pembrokeshire has ever seen.

Cllr Cris Tomos, Cabinet Member for the Environment, said he could not thank local residents enough. “This could not have been achieved without their efforts,” he said. “We are sincerely grateful.

“Pembrokeshire is number 1 for recycling in Wales. And Wales itself has the 2nd highest recycling rate in Europe and the 3rd highest in the world, so this achievement is incredibly impressive.”

But, he said, it was about more than figures. “This is about providing a better future for our children. As so many people have said, there is no Planet B. All of us must do our bit to protect our environment for future generations.

“I am so encouraged by this progress in Pembrokeshire and hope very much that it will continue.”

One of the major factors behind the boost in figures is Pembrokeshire’s new waste and recycling kerbside collection scheme, launched in November 2019.

“The scheme has enabled people to recycle a wider range of items from home than before,” said Cllr Tomos.

“However, it was a big change. Not only were there new bags and boxes, but in some cases, new collection dates to get our heads around.

“I want to say thank you to everyone who persevered and made it work for them and their household. Their efforts to embrace it have led directly to these fantastic figures.

“And as always, I would also like to thank our collection crews, Waste and Recycling Centre operatives and the staff behind the scenes who have helped to make this all possible. They’ve been working incredibly hard this year and are a credit to the Council.”

Sarah Edwards, Strategic Project Manager for Waste and Recycling, echoed his sentiments and said the Council was also grateful to the Welsh Government’s Collaborative Change Programme, delivered by WRAP Cymru.

“Their support through our Waste Service review and the implementation of the new service was invaluable,” she said.

Environment Minister Lesley Griffiths said: “I would like to congratulate Pembrokeshire on becoming the top recycling authority in Wales in 2019/20.

“This is testament to the hard work of the Council and households across the county in moving over to a new kerbside collection scheme – thank you for your mighty efforts.

“Wales is already a recycling nation and we can be very proud of our achievements.”

The breakdown in the increased recycling from April 2019 – April 2020 (including material collected in the kerbside collection scheme, waste and recycling centres and ‘bring’ sites) is as follows:

During the same period, the amount of grey bag material generated in Pembrokeshire and residual waste fell by more than a third.