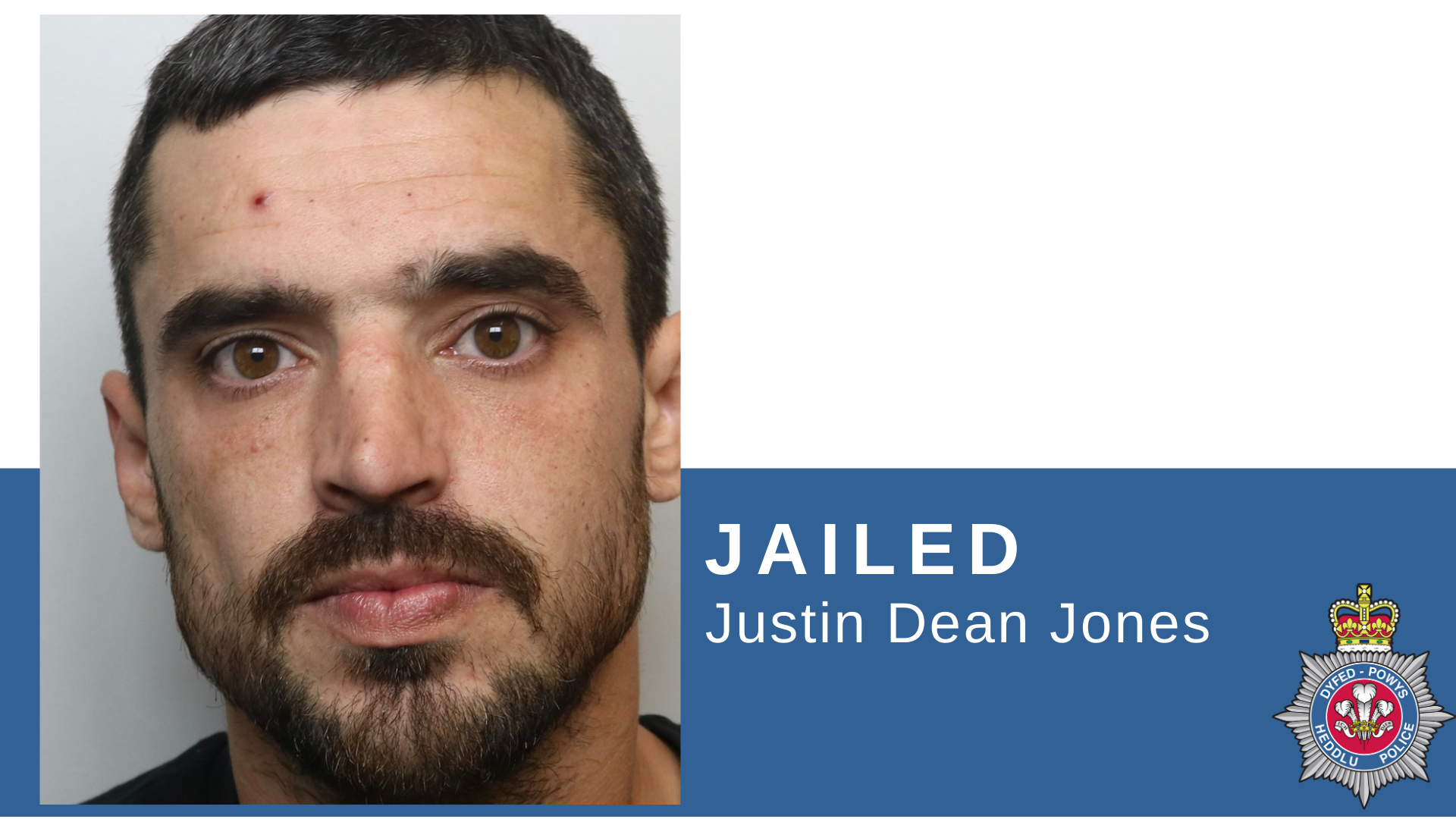 A man who live streamed himself on Facebook while speeding and driving dangerously has been jailed.

Justin Dean Jones, of Panteg in Llanelli, filmed himself driving at grossly excessive speeds and racing other cars on a number of occasions over the summer.

He then posted the videos to Facebook, which were sent to the Go Safe Road Harm and Casualty Reduction Enquiry Team by a concerned member of the public.

The footage showed him speeding in a Vauxhall Astra and a BMW X5 in a 30mph zone on Glyncoed Road, Llandafen Road and Gelli Road in Llanelli, and reaching speeds of up to 120mph on the A484 Loughor link road, while overtaking other drivers.

In one video, the 30-year-old was seen overtaking other vehicles on pedestrian crossings in broad daylight, putting road users at a significant risk of harm.

Jones, who was holding the phone in one hand while driving, can be heard on the videos boasting about the performance of the vehicle.

Mr Callaghan conducted a thorough review of the evidence and was able to calculate the exact speeds that were driven in the incidents.

Jones was charged with three counts of dangerous driving, and was sentenced to 25 months in prison. He was also disqualified from driving for 62 months.

An anti-social behaviour destruction order has also been granted for the Astra and the BMW and is pending.

Sergeant Ian Price, of Go Safe, said: “The sentence of just over two years in prison and a five year ban from driving shows the high risk he poses to other road users.

“It is a clear message that this type of behaviour is unacceptable and ensures the removal of a dangerous driver from society and we hope that it gives him enough time to reflect on his actions in prison.

“We would like to thank Road Safety Support for helping us in this matter and ensuring this individual is no longer a danger to society over the next two years.”