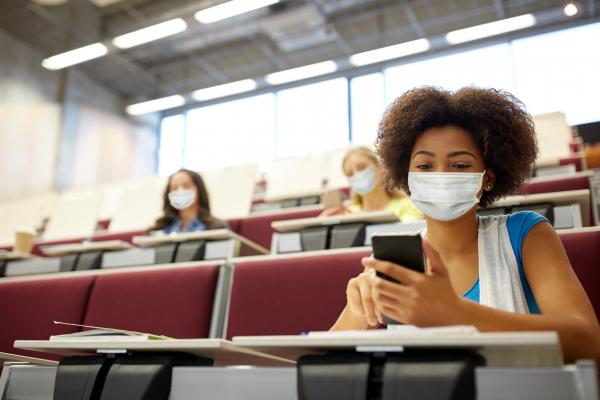 The Welsh Government has announced plans for the safe return of students to Welsh universities after the Christmas break.

Students will be invited to return to campus over a four week period, starting from 11 January, with a phased return to in-person teaching. Universities will prioritise students who most need to return early, such as those studying in healthcare professions, those on placements or who need access to campus facilities.

The safe return of students will be supported through the continuation of the lateral-flow testing pilots, for asymptomatic students, which began at Welsh universities in late November.

Students will be asked to take a lateral-flow test when they return to their university accommodation, before being asked to avoid meeting socially for three days. Those students will then take a second test. Students not taking a test will be advised to lay low and not mix for 14 days.

The Education Minister, Kirsty Williams, said: “I know students will be eager to return to their university campus after the Christmas break, but will want to do that in a safe way.

“The lateral-flow testing programme will also play a role in the safe resumption of learning on campus. A managed, phased return will help meet demand, so that all students can access two tests. This will help break chains of transmission, as anyone unknowingly infectious can self-isolate and reduce the risk of passing the virus to others.

“Ensuring learners of all ages can continue to study has been a priority for the Welsh Government, despite the continuing challenges we still face.

“It’s important that, in addition to accessing the testing programmes in place at our universities, students continue to act responsibly to keep themselves, and others, safe.”

Becky Ricketts, NUS Wales President, said: “Students now have the certainty they need to plan their return to campus in the new year. The continued use of lateral-flow asymptomatic tests will help safeguard students and university staff, and give local communities confidence that the return of students will be managed safely.”