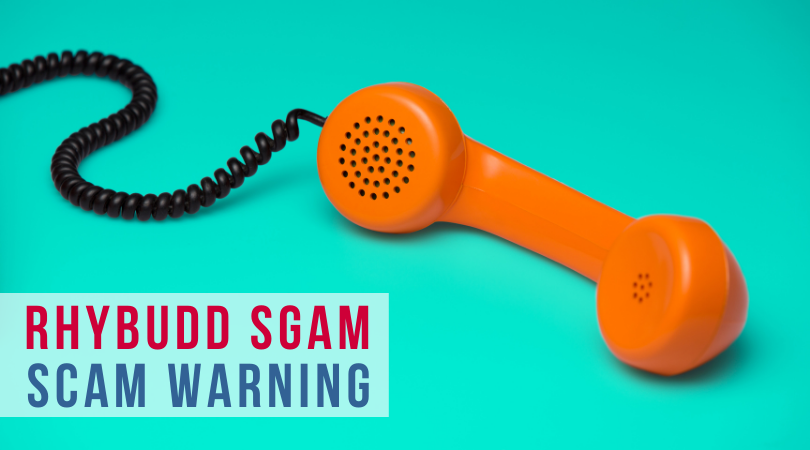 Fraudsters, including some posing as police officers, have conned residents in the Dyfed-Powys Police area out of £100,000 in the past seven weeks.

Officers are investigating a series of fraud offences in the force’s four counties, with six people losing a total of £98,315.

DC Gareth Jordan from Dyfed-Powys Police’s Economic Crime Team, said: “Most of these have related to an individual claiming to be from the police and saying they have someone in custody that has attempted to use the victim’s card but have been caught.

“The scam, known as courier fraud, is being used to trick people into handing over large amounts of money, with scammers pretending to work for the police, and arranging for the money to be picked up by courier.

“They say the victim’s bank account is at risk or subject to suspicious activity and in order to protect their cash, or stop those responsible, who they claim are bank employees, they need to withdraw the cash and hand over to police or transfer the funds to a safe account.

Since 13 October 2020 there have been a total of 26 courier fraud offences reported to Dyfed-Powys Police, four of which have been successful with victims losing £20,115.

DC Jordan said that unfortunately victims often don’t get their money back as they have ‘chosen’ to take the money out and been deemed to be ‘complicit’ in the fraud.

It’s not just the police they impersonate:

One person was tricked into transferring £50,000 by someone pretending to be from Amazon, while another lost £28,200 to a bank scam with the conmen even ringing from what appeared to be the number used by the victim’s bank.

A further two victims were only prevented from losing money by banks – one transaction for £6,500 was stopped by banking protocols, while one attempted to withdraw £8,200 but the bank did not have enough cash at the branch. This was a lucky escape, otherwise the money would have gone.

DC Jordan said the fraudsters make their scams believable and that it can be easy to fall victim.

“We have also had instances where HRMC scams are trying to be initiated by ‘spoofing’ the calling number to make the victim think the call is genuine,” he said.

“In one of the offences, the phone number appeared on the victim’s caller ID as Dyfed Powys Police switchboard number 01267 222020 and spoke with a female with a strong Welsh accent, so they thought it was genuine.

“If anyone asks you to hand over money or to transfer money, even if it appears to be real, it isn’t.

“Banks would not ask you to move money in this way and the police would never ask you to transfer money or send someone to pick money up from you.”

If you receive a call like this – put the phone down and wait for a few minutes. Then contact the police on 101 or you can report online here.

For advice on how to protect yourself from fraud, visit: https://takefive-stopfraud.org.uk/advice/general-advice/

Have you seen missing David Phillips?