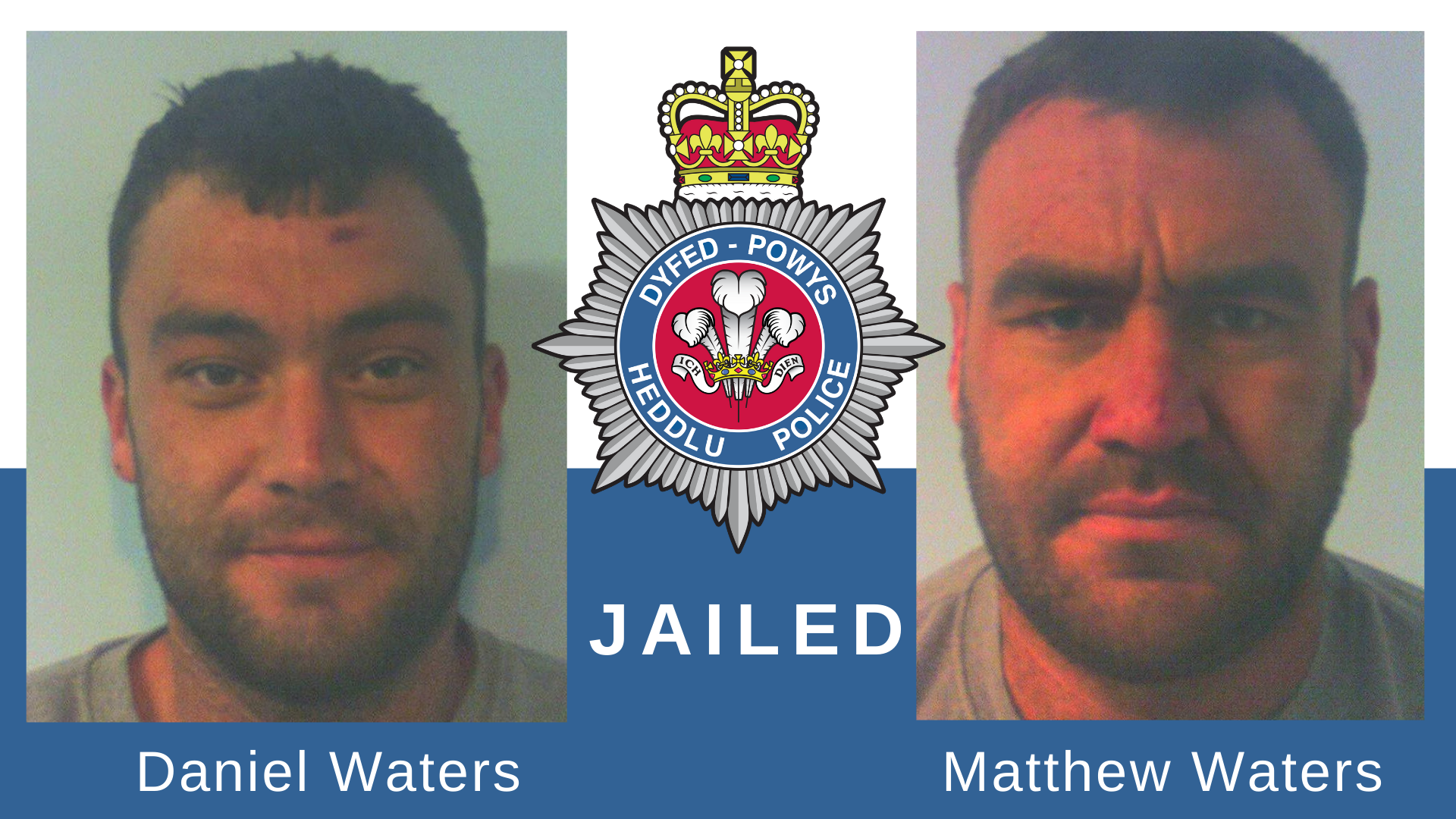 POLICE have revealed how a Jack Russell called Mitsie led to the arrest of a pair of prolific offending brothers.

When brothers Matthew Peter Waters and Daniel Waters fled from police after stealing a workman’s van and a car from outside a hospital, they left behind a crucial piece of evidence linking them to the crimes.

The pair abandoned Jack Russell Mitsie – not thinking Dyfed-Powys Police officers would trace them as its owners through a microchip.

Inspector Gwyndaf Bowen said: “It’s not every day we use a pet to link a suspect to a crime, but it goes to show the unusual turns our investigations can take.

“Officers had followed the defendants, who decamped from a stolen car following a pursuit and left Mitsie behind in their attempt to evade arrest.

“She was brought to the police station to check she was ok, and later a vet scanned her microchip which linked her to the detainees who were in custody at that point.”

The incident unfolded at around 8.30am on September 28 when police were called to a report of a stolen van in Ystradgynlais. The owner explained that he had parked the van outside a Greggs shop when it was taken – and that the offender had collided with him as he drove away.

Shortly after, information was received that a car was in convoy with the van, which officers discovered had false number plates and had been stolen from outside a hospital.

Insp Bowen said: “The pair used this car to get away, after stealing tools from the van and abandoning it in a car park.

“The car was seen travelling towards Brecon on a closed lane on the A40, and plans were put in place to intercept it.

“The driver slowed down, however he then reversed straight into our traffic car and tried to make off.”

Roads Policing Unit officers brought the car to a stop, but the two men inside fled and ran across the opposite carriageway to get away.

It was at this point they left their dog behind.

All available Breconshire officers were tasked to assist with the search for the brothers – with a description supplied by a PC who had pursued them as far as he could.

By 12.20pm, both Matthew and Daniel Waters were in custody – one having been found near a bus stop in Brecon, and the other along the canal path.

Matthew Peter Waters, aged 36, and Daniel Waters, aged 28, of Brynwern in Pontypool, were charged with dangerous driving, driving while disqualified, driving with no insurance, two counts of aggravated vehicle taking, and theft.

The pair admitted the charges and appeared at Swansea Crown Court for sentencing on Friday, December 11.

Insp Bowen said: “Thanks go to all officers who assisted with the excellent work to ensure the victim’s van was recovered, along with a considerable number of power tools, and in locating and arresting the offenders.”