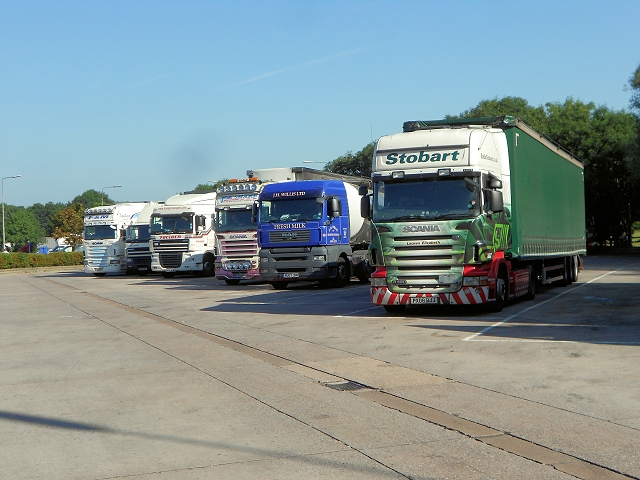 A new information and advice site which prepares hauliers for the end of the transition period with the EU has today opened at Pont Abraham services in Carmarthenshire, serving hauliers bound for Fishguard and Pembroke Dock.

The Information site will enable hauliers to discuss with trained staff the new customs procedures changes coming into effect at the end of the transition period, and what they mean for them.

This joint initiative between the Welsh Government and the Department of Transport offers access to information during a period of substantial change and uncertainty.

From January, the sites will also enable Hauliers to test whether they have completed relevant paperwork, thereby reducing the risk of being turned away at the port.

The UK Government’s Department for Transport previously announced 45 haulier information sites across the UK, including one in Wales to serve Holyhead. The decision to provide funding for an additional information site at Pont Abraham reflects the Welsh Government’s commitment to minimise the potential for disruption at Welsh ports after the transition period. The site is in a strategic position for goods movements to southern Ireland as it will be able to serve hauliers travelling to both Fishguard and Pembroke Dock.

An information and advice centre for those transporting goods to Dublin through the Holyhead port on Anglesey is already operational and managed by the Department of Transport.

Ken Skates, Minister for Economy, Transport and North Wales, said: “This is a crucial addition to supporting haulier readiness and resilience during a period of significant challenge for the whole logistics industry – and the traders who rely on them.

“In 2019 Ireland was the UK’s 5th largest export market and the 9th largest source of imports. Traders located along the southern corridors will utilise the flow between South West Wales and Rosslare, and it is therefore important to offer them a point of information close to the ports.”

The staff will be offering one-to-one training on the new ‘Check an HGV’ service and upcoming changes to border processes.

The support will also be available to hauliers in Welsh, English, Polish, Romanian plus a number of other EU languages as well as Turkish and Russian.

The UK’s Department of Transport has also developed and refreshed a Haulier handbook which is available to offer help and advice to goods transporters.

Related Topics:BrexitfreighthaulierslorriesM4Pont Abraham
Up Next