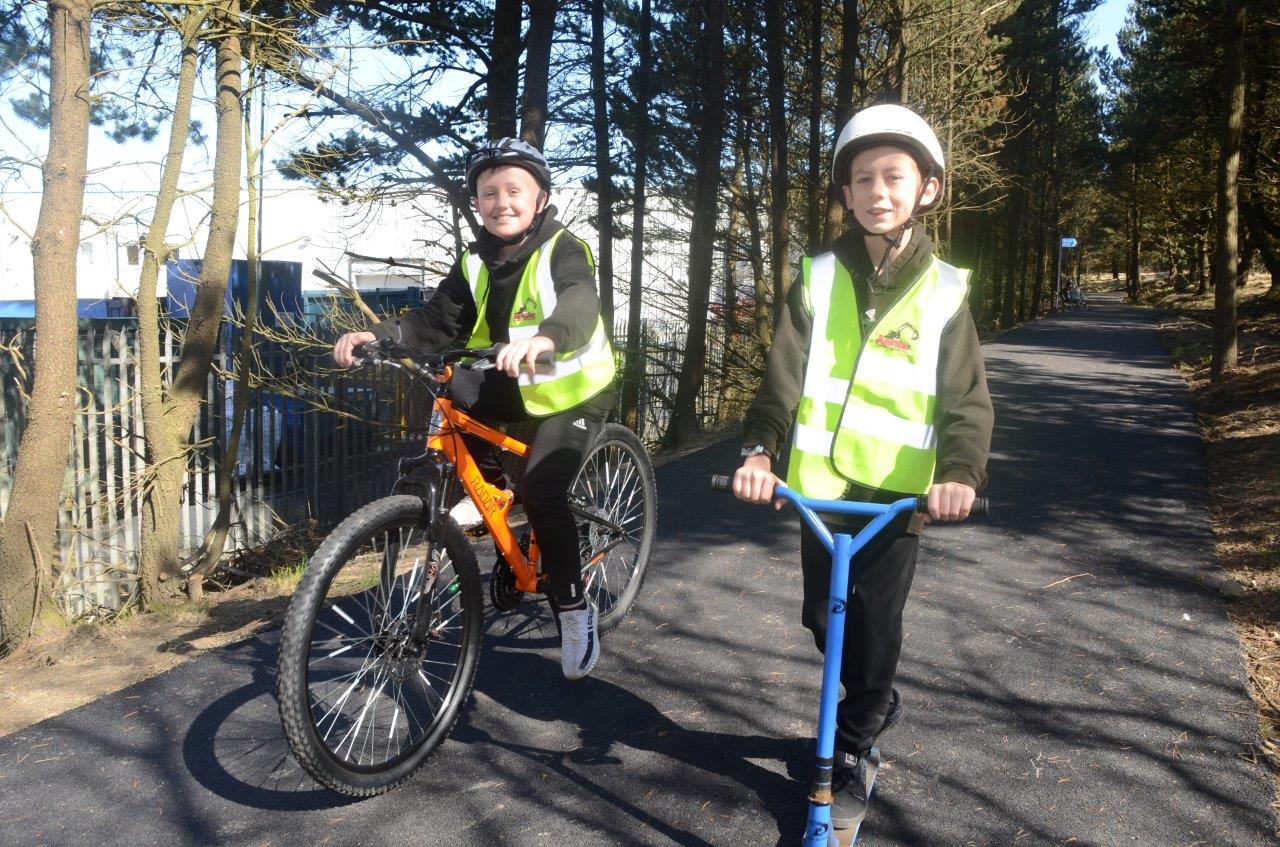 Electronic cycle-counters installed along many of the routes along Swansea Bay have recorded a tripling of cyclists using routes in 2020 compared to previous years with cyclists per jumping from 50 per hour to 140 at Blackpill and 10 per hour up to 30 at Morfa.

There are more 120 kilometres of off-road cycle routes stretching across the city providing safe cycle and walking routes for cyclists and children walking to and from school.

Swansea Council is continuing to invest millions in new cycle and walking routes, utilising Active Travel funding it has successfully bid for from the Welsh Government.

In 2020/21 the Council secured £5.1million from the WG Active Travel programme to create new cycle infrastructure in the city, taking the total invested in Swansea to more than £12 million in the last three years.

In July 2019, schoolchildren in Ynystawe Primary School helped the council open two kilometres of brand new off-road cycle and walking routes, providing safe routes to and from the school and linking up with existing networks near the school.

A similar route, stretching for 2.7km is set to be completed soon between Kingsbridge and Gowerton.

Mark Thomas, Cabinet Member for Environment Enhancement and Infrastructure Management, said: “We have been enormously successful in securing much needed funding to create safe and accessible cycle infrastructure throughout Swansea. This is needed to encourage more people to leave the car at home and use cycling as a mode of transport – whether it’s to commute to work or simply as a way of staying healthy.

“Our latest data also shows this is having a positive impact in increasing the number of cyclists in Swansea and I’m sure it’s helping to reduce carbon emissions and make our city more green.

“Schoolchildren are also benefitting from these new routes with better opportunities for them to walk or cycle to school and help reduce the number of cars parked outside some schools at the beginning and end of the school day.

“Swansea is a bike-friendly city and we should be proud of the huge strides we’ve made in creating more routes for people to enjoy and encourage a more healthy and green city.”

The latest funding approved by the Council in July 2020 will now be invested in the creation of a further nine kilometres of cycle and walking routes, linking up with national cycle network routes in the city.

The new routes were all approved following a three month consultation when the Council submitted its Integrated Network Map to the Welsh Government in 2018.

Cllr Thomas added: “All councils in Wales were required to develop a city-wide map of existing and future cycle routes. This map has been vital in our efforts to secure funding from the Welsh Government and to continue with our proposals to create an extensive network for cyclists and make our city greener.”

An online route planner has also been developed under the Active Travel scheme to help people plan their journey and find the best available route www.swanseabayways.co.uk