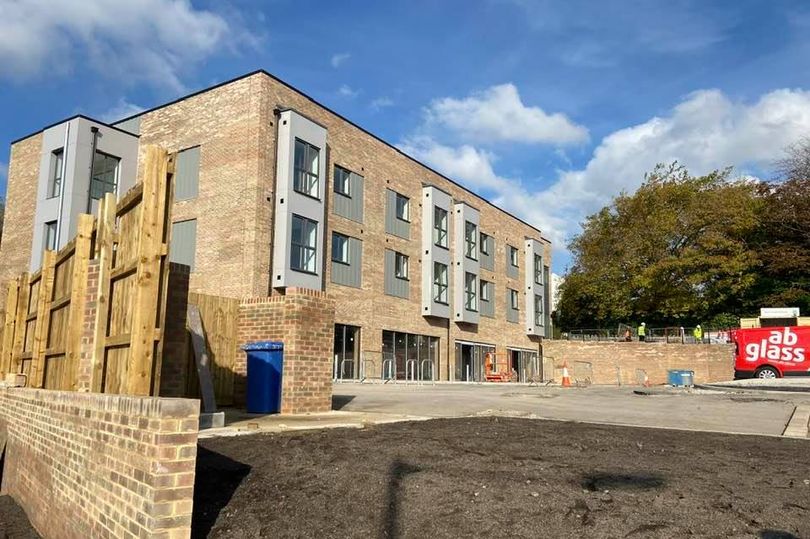 Tesco are to open a new Express store in Treboeth, Swansea on the site of the former Pines Country Club this week – 10 years after first expressing an interest in the site.

The Pines used to be a popular wedding venue, but following its closure and subsequent demolition the site had become an eyesore.

Plans for new store were approved in April 2012, but Tesco subsequently pulled out in January 2013 after failing to agree terms with the leaseholder.

The site has since been developed by local construction company Morganstone, on behalf of housing association Coastal Housing.

The development includes 28 residential properties and two retail units. This includes 16 one bedroom apartments over two floors above the retail units. Behind this there are 8 houses and 4 walk-up flats including ground floor wheelchair apartments.

The name of the new road is Clos Calon Lan, named in tribute to Daniel James from Treboeth who wrote the poem Calon Lan in the 1890’s before it was then composed as a hymn.

Llanelli-based Jenkins Bakery have already opened in one of the new units. Tesco Express opens on Friday 15 January at 7am.