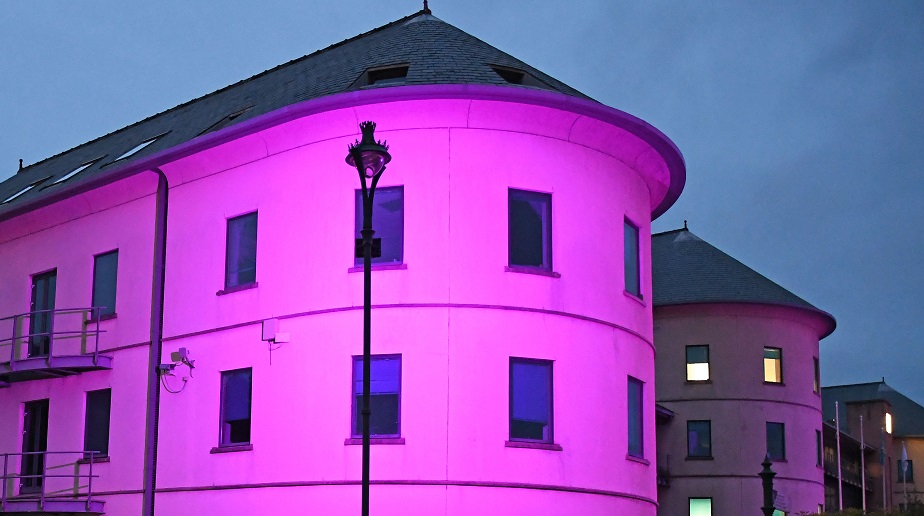 Pembrokeshire’s County Hall in Haverfordwest will be lit in purple next Wednesday (27th January) for Holocaust Memorial Day.

Holocaust Memorial Day marks the anniversary of the liberation of Auschwitz-Birkenau, and remembers the six million Jews murdered during the Holocaust and everyone killed in the genocides that followed in Cambodia, Rwanda, Bosnia and Darfur.

The theme of this year’s commemoration is Be the light in the darkness, and County Hall will join other prominent buildings across the UK by being lit in purple.

“As we remember the horrors of the past on Holocaust Memorial Day, County Hall bathed in purple will serve as both a mark of respect and a symbol of hope for the future,” said the Authority’s Chairman, Dr Simon Hancock.

Council Leader Cllr David Simpson, added: “Holocaust Memorial Day is a day to remember the horror that man has inflicted on fellow man but also reflect on how light can come from the darkness, a sentiment that is particularly poignant right now.”