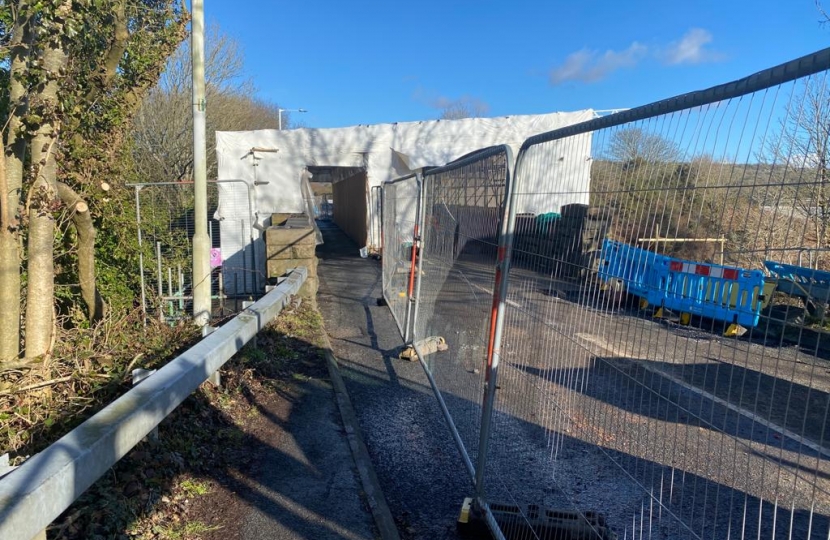 Local residents in Pontarddulais, Grovesend, Penyrheol, Waungron and Gorseinon must have their say on the proposed changes to Pentre Road Bridge, which will see the road become a single lane to make way for a walk and cycle route, a local campaigner has argued.

Conservative Senedd Candidate for Gower, Myles Langstone, says that local residents are outraged by the plans and are deeply concerned that the proposed change would create significant congestion and traffic issues.

Instead, he highlighted that local residents have been calling for a separate bridge to the side of the existing bridge, which could accommodate a cycling and walking route.

The existing bridge, which crosses the railway line close to Pontarddulais, near Grovesend, is currently closed to traffic while Network Rail undertakes structural maintenance work.

Myles argues that there needs to be a common sense approach to introducing new cycle routes. He said, “while I fully support the expansion of cycle routes, we need to find safe and sensible ways of progressing these projects. Clearly, the proposal for Pentre Road Bridge would be a traffic nightmare and needs an urgent rethink. I have started a petition on my website calling on Swansea Council to reconsider and hold a full public consultation. I propose that a new bridge be installed running alongside the existing bridge, which would solve this problem.”

The controversy emerged after local Labour Senedd member, Rebecca Evans MS posted news of the bridge plans to her facebook page. The announcement was met with a large and negative reaction criticising the move.

Campaigners are now calling on Swansea Council to rethink their current proposals and hold a full public consultation on a new of set of plans.

A spokesman for Swansea Council said: “The development of an Active Travel Route between Gorseinon and Pontarddulais is something we have been planning for a number of years and forms part of our city-wide Integrated Network Map which we approved in 2017.

“We are continuing discussions with Network Rail to find a solution where a walking and cycling route could be constructed across their bridge and we will continue to bid for funding through the Welsh Government Active Travel programme to secure funding so this much needed route can be developed.”