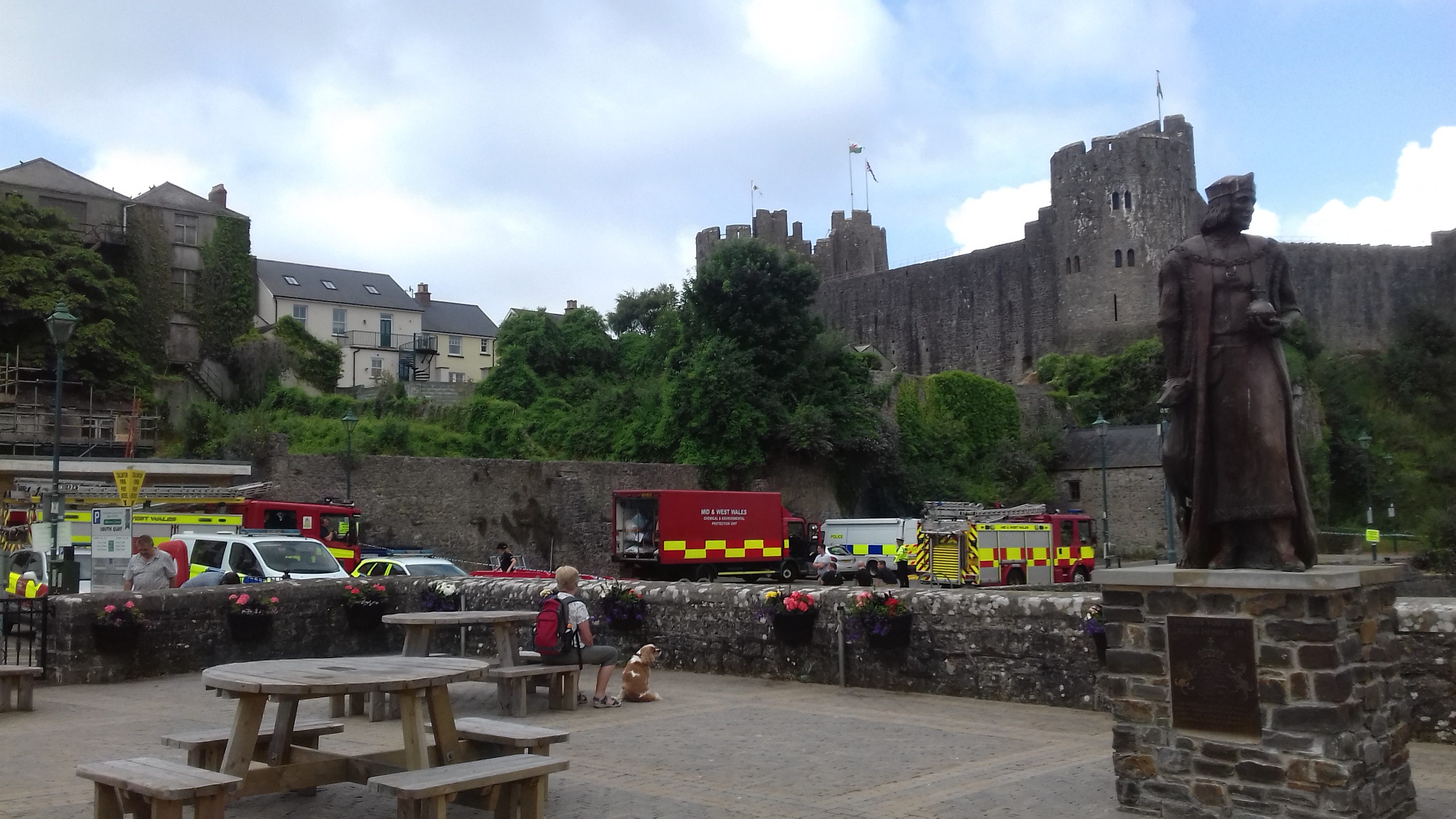 A man who deliberately and maliciously planted bottles claiming to contain nerve agent Novichok at a tourist attraction has been sentenced after a two year investigation.

John ap Evans, of Northgate Street in Pembroke has today been sentenced for five charges under section 114 of the Anti-Terrorism Crime and Security Act.

The 67-year-old was charged after placing bottles containing what he claimed to be Novichok at Pembroke Castle on a number of occasions in 2018.

“To this day he has offered no mitigation or explanation for doing what he did.”

The investigation began on July 13, 2018, when a visitor to Pembroke Castle found a plastic bottle containing an unknown liquid in a cavern. On the bottle was written “Instant Death – Novichok – A 232. Do not Touch”. The castle was immediately evacuated, and emergency services were called.

Owing to the physical appearance of the bottle, officers’ working assumption was that the item was homemade and potentially a hoax. However, all possible enquiries were carried out to ensure there was no risk to the public, with a CBRN response initiated and police, fire, HART and explosive ordnance disposal (EOD) attending to assess the bottle.

While the investigation was ongoing, police received further reports of a similar nature. On July 20, 2018, two bottles were thrown into the castle grounds – one bearing the word Novichok in hand writing, and the other saying “deadly virus”. Three days later, a clear plastic bottle containing red fluid was found in a castle cavern.

DI Kite said: “These incidents, while swiftly established to be a hoax, caused immense disruption to Pembroke Castle, and a waste of emergency services resources.

“Along with police, colleagues from the ambulance service, including their Hazardous Area Response Team, and the fire service were called to each incident, and we required specialist forensic examination of the liquid.

“Evans’s actions caused fear and uncertainty in the area, risked diverting emergency services away from those in genuine need, and had a substantial financial impact on the public purse.

”On receiving reports of subsequent incidents, our priority was to establish whether these crimes were linked to the initial offender or were copycat offences, and to bring this action to a swift end.”

Following lengthy CCTV enquiries, John ap Evans was identified as a suspect, having been seen walking in the relevant area at the time of the offences. He was arrested on August 8, and was later charged with five offences under the Anti-Terrorism Crime and Security Act.

He was sentenced at Swansea Crown Court on Monday, February 1 to 21 months in prison, suspended for two years. He must pay compensation of £2,400 to Pembroke Castle, must complete 200 hours of community service, and take part in a 15 hour rehabilitation programme.

Following sentencing, DI Kite said: “It has taken more than two-years of protracted investigations to secure his conviction for the people of Pembroke and West Wales.

“We hope today’s sentence will reassure the public that Dyfed-Powys Police will do all we can to bring those intent on causing fear to their community to justice.”