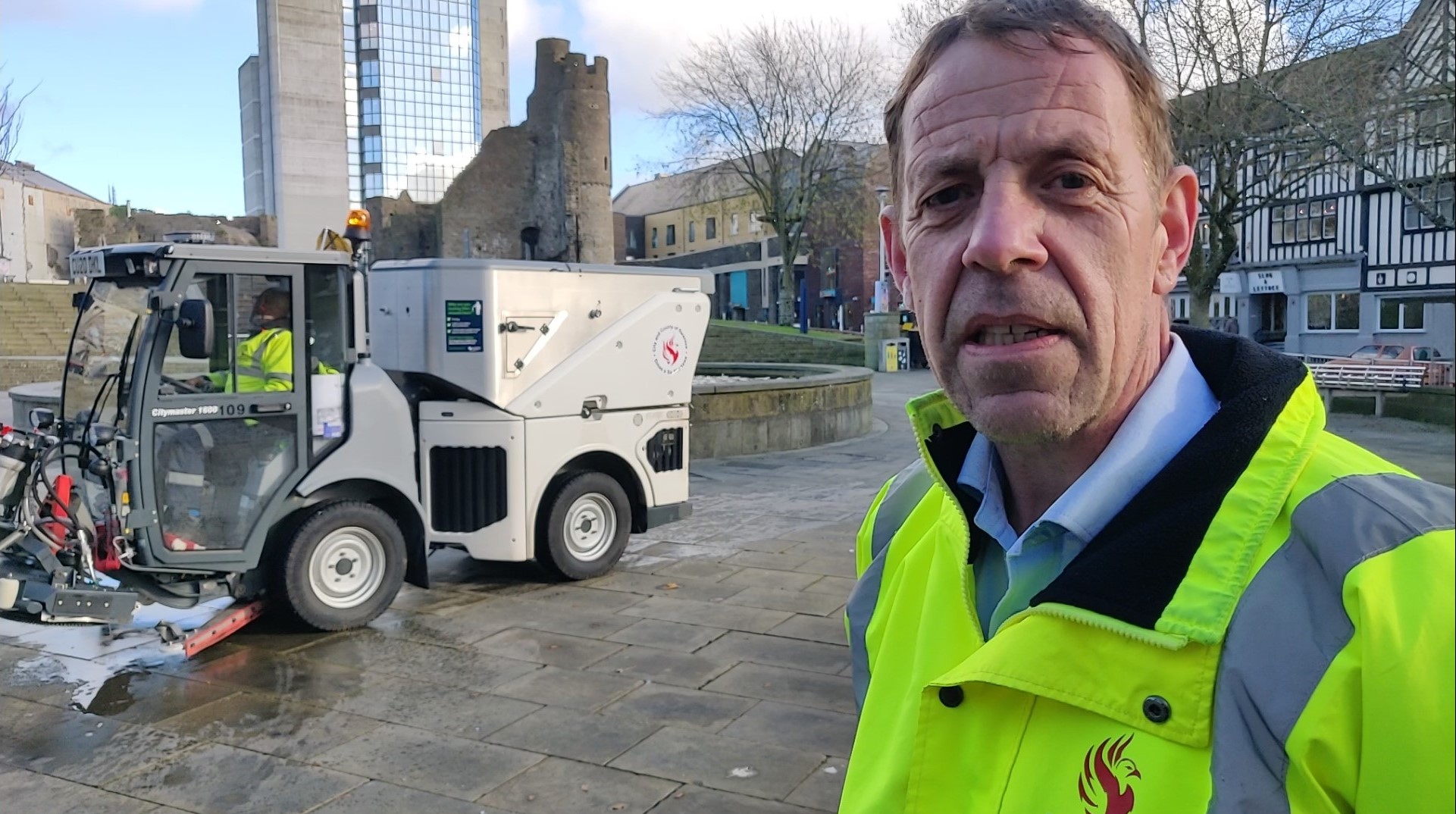 The council is hopeful the micro sized street cleaning machines will get to parts of the city other vehicles have previously not been able to access.

The main job of the new machines will be to wash heavily walked footways throughout the city centre, but the machines are also capable of grit spreading and snow removal.

Mark Thomas, Cabinet Member for Environment Enhancement & Infrastructure Management, said: “Visitors to our city centre expect to see clean litter-free streets and we do our best to meet that expectation.

“We already have a dedicated hard working team of staff who are in the city centre long before shoppers get there. In most cases, larger machines are used to clean main streets and this can lead to some smaller, narrower streets relying on hand held equipment to clean and remove litter.

“The purchase of these new machines give us more opportunities to get to more parts of the city and to be able to potentially to carry out different tasks such as gritting and snow ploughing.”

The purchase of the new clean machines also follows good news that shoppers are helping to recycle more of their waste when they are in the city centre.

It follows a year-long pilot scheme where litter bins have been revamped to include individual disposal sections for glass, plastic, cans and coffee cups.

The pilot scheme, which was part of a partnership with environmental charity Hubbub has led to more than 40,000 items of recyclable waste being saved from being sent to landfill.

Cllr Thomas added: “The results of the litter recycling scheme are great news for us and for the environment. Much of what has been collected during the year would likely have gone straight to landfill – so it’s great to know shoppers are doing their bit to help Swansea’s local environment.”