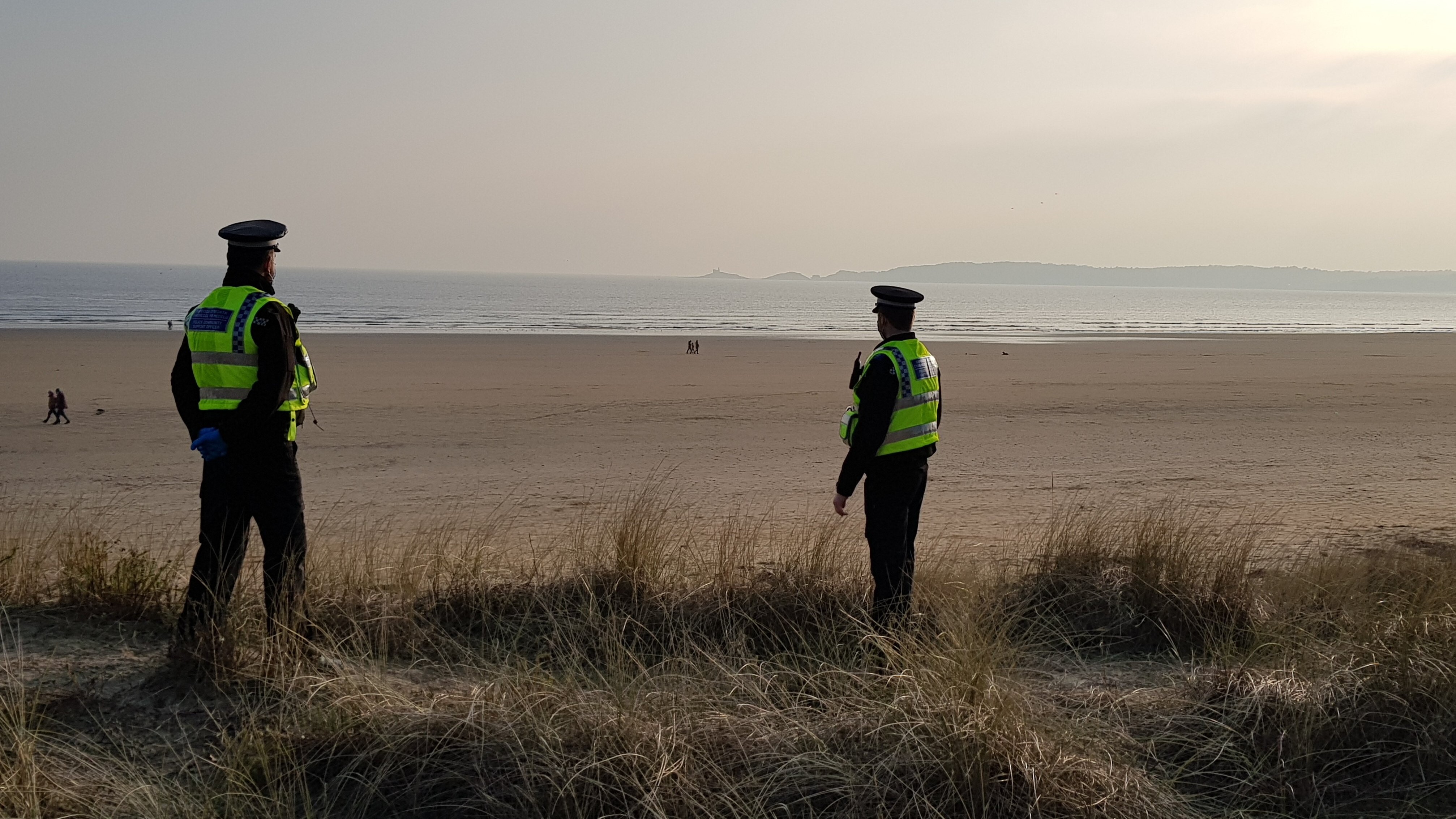 Protestors, partygoers and people flocking to beauty spots were among more than 370 people fined by South Wales Police for breaching coronavirus restrictions this weekend.

Despite the whole of Wales remaining under Welsh Government Alert Level 4 restrictions, the improved weather saw many travelling to beaches and parks and gathering to drink outdoors. As with previous weeks, officers also responded to a large number of house parties.

Those fined included three women who were having their hair dyed in Langland Bay car park and three people gathered at a Swansea flat for haircuts.

Twelve people were fined for non-essential travel to Bracelet Bay in Mumbles, and two people were stopped by Police on the A48 in Bridgend on their way from Newport to go to the beach in Swansea.

A couple who travelled to Swansea for an overnight stay in a campervan, breaching Welsh Government stay at home rules were given fixed penalty notices.

Also fined were eleven people who attended a house party in Swansea City Centre, five women at a house party in Port Tenant and a group of five men who travelled from England to attend a party in Brynmill.

Ten people who attended protests in Swansea city centre have also been reported for summons for breaching COVID regulations, and post-incident investigations are underway in relation to a number of incidents. A number of referrals for follow-up action and investigation have also been made to the Joint Enforcement Teams which operate in every local authority area in South Wales.

Chief Superintendent Andy Valentine said: “We know it’s been a very challenging few months for our communities, and we can understand that people will have wanted a change of scenery in order to enjoy the good weather at the weekend.

“But the reality is, coronavirus remains a very real threat to us all, and the whole of Wales continues to be under Level 4 restrictions for a reason.

“The vast majority of us have made real sacrifices to support the national effort; to stop doing so now at such a crucial point risks undoing all we have achieved so far.

“The rollout of the vaccine and the recent publication of plans to ease restrictions provides us all with much needed hope, but I would urge our local communities to continue following the rules that are currently in place.

“We do not want to be enforcing these rules, our preference would of course be for everyone to do the right thing. But we remain unapologetically clear, those who blatantly or repeatedly breach the rules will face enforcement action.”