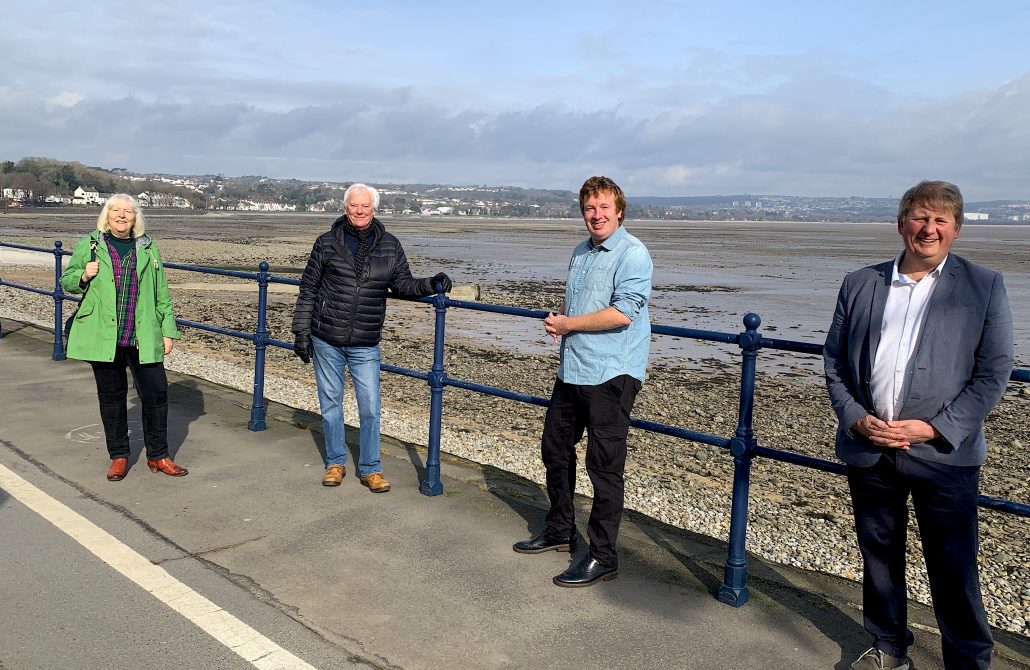 Swansea Councillors Mark Child and Des Thomas believe there is a golden opportunity for Mumbles following the announcement that Swansea Council is investing nearly £5m into sea defences along the seafront.

On the back of the multi-million pound project Cllrs Child and Thomas now want to make changes to Mumbles to provide a 21st Century seafront, build business opportunities and attractions, and instigate safer roads.

The major sea wall work means the promenade will be widened, giving more space to pedestrians and cyclists in an area that can be quite congested at times. It also provides a chance to look at local parking issues.

Cllr Child said: “Swansea Council’s response to the needs of local hospitality businesses during the pandemic, using pavement space and space in parks along the front,  has worked fantastically and really changed the feel of the place.

“The feedback I am getting is that this has sparked lots of ideas about how to make it permanent when we come out of lockdown.”

The councillors also want to address traffic concerns along the front.

“There have been many complaints about boy-racers and motorcycles, their noise and speed,” said Cllr Des Thomas.

“A re-working of Mumbles Road between Newton Road and The Knab could add to the pleasant feel, increase safety and assist businesses too. This could make it much more like seafront drives in France or Spain, with narrower lanes, many crossing points and mini roundabouts that slow everything down and release space.”

With all these elements Cllrs Thomas and Child argue that Swansea Council in partnership with Mumbles Community Council and local businesses could come together and re-imagine the entire space between the tideline and the buildings.