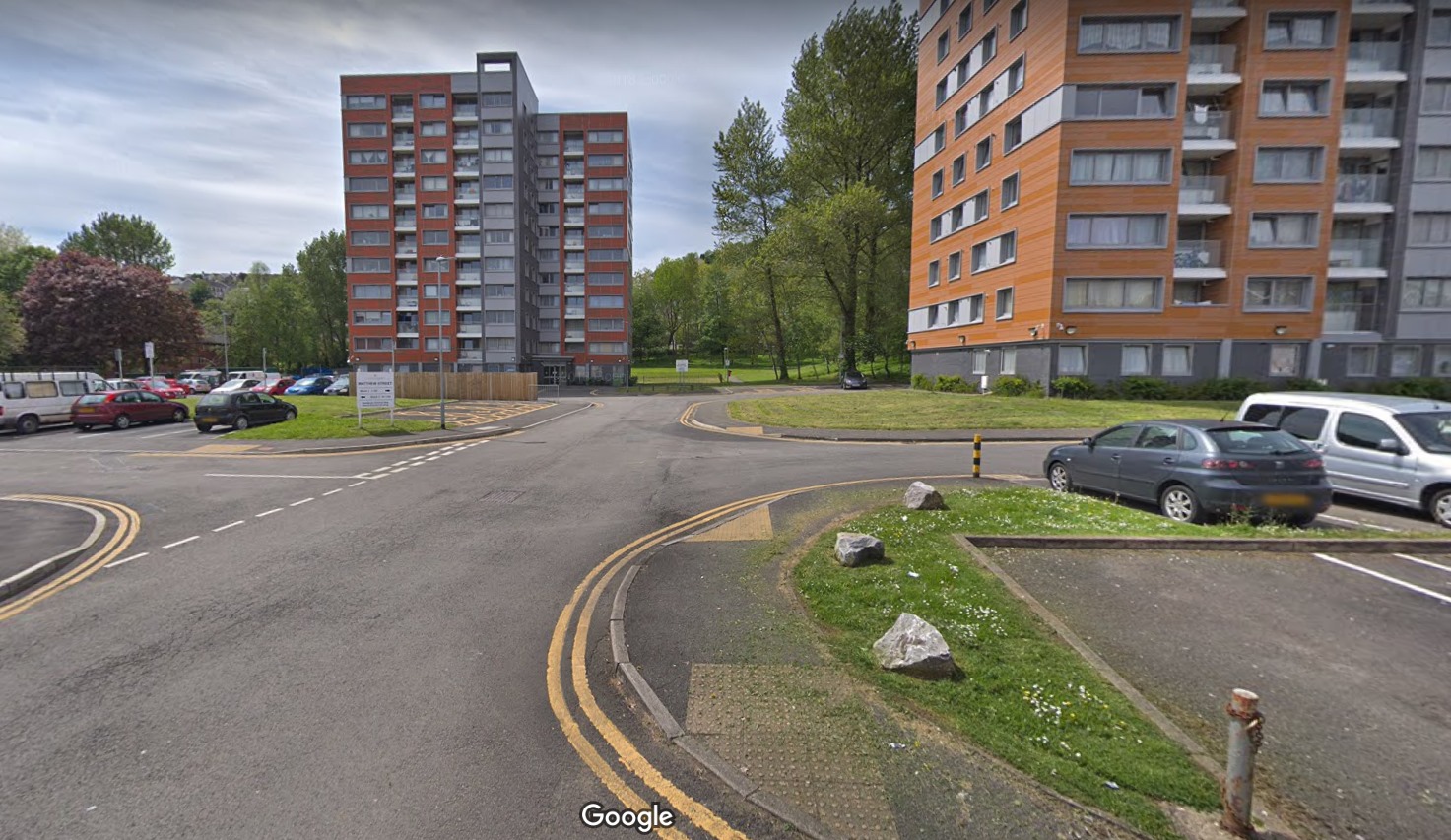 Swansea Council say they’re working flat-out to help residents at a block of flats in Matthew Street return to their homes as soon as possible after they had to be evacuated when the sprinkler system was deliberately set off.

A huge operation involving council officers from many different departments swung into action following the incident on Thursday.

Significant water damage was caused to electrical systems in the building that has left 60 of the 65 flats without power.

Council staff were on site immediately Thursday’s incident was reported. They continued working throughout the day and into the night making sure residents were safe and looked-after.

All residents affected were offered alternative temporary accommodation if they did not have friends or family they could stay with.

Now they’re working hard to make sure residents are kept fully informed on progress about when they can return home as soon as experts give the green light it is safe and practical to do so.

Cllr Andrea Lewis, Swansea Council’s Cabinet Member for Homes & Energy & Service Transformation, and the council’s joint Deputy Leader, said: “With the support of our partners staff from across different departments in the council quickly mobilised to provide high levels of support to the residents at Matthew Street who were affected.

“This was a huge logistical operation in challenging circumstances to ensure that all residents who needed to were able to leave the building safely and were provided with alternative accommodation.

“Transport was laid on and we have ensured that they have access to hot meals while they are away from their homes. Additional support is being provided to those with particular needs.

“I’m very proud of the council’s response and of our officers who have pulled together and gone above and beyond yet again.”

Damage to the electrics within the building has meant that the power to supply to the majority of floors has had to be turned off.

Council staff worked with Western Power and power will not be able to be restored until the electricity circuits dry out. There is no immediate way to achieve this due to the extent of the water damage and the size and layout of the building but council electricians are already on site doing what work they can.

It is likely to be at least 10 days before residents can start to return and they will continue to be provided with temporary accommodation and support until they are able to do so.

Cllr Lewis added: “Residents can be assured we will be making every effort to get them back into their homes as soon as it is safely possible.

“We will be doing all we can to keep them informed but because they are now spread out at various locations across the city we would ask them to help us to do this by keeping in regular in contact.”

The sprinkler system was damaged in a deliberate act and the incident has been reported to the police.

Cllr Lewis said: “Fortunately incidents of this nature are very rare but it is very frustrating that these actions has resulted in this huge disruption to the lives of our tenants, who we thank for their support, patience and understanding during this emergency.

“We will be doing all we can to ensure that the person responsible is identified and dealt with by the courts.”