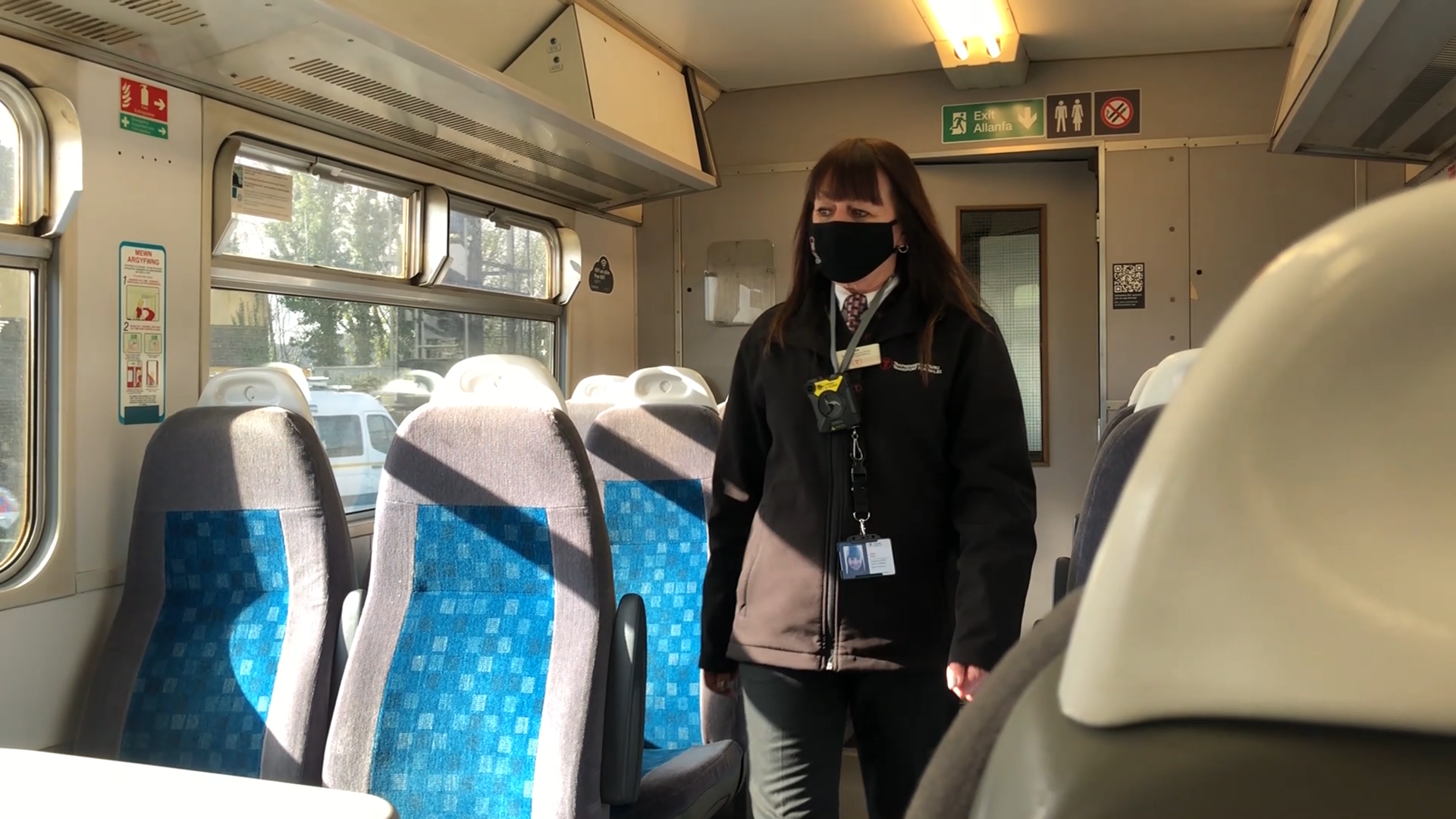 Conductors and station staff have been provided with body cameras by train operator Transport for Wales in moves they say increase safety for the travelling public.

More than 250 state-of-the-art cameras will be rolled out across 15 key locations around the network, including Cardiff, Chester, Swansea and Pontypridd.

TfW employees will be equipped with Axon Body 2 cameras following a successful trial last year, with colleagues selecting between four models of camera.

During the trial, the cameras proved pivotal as evidence against people carrying out offences on the railway, including in trespass offences.

Transport for Wales’ Continuous Improvement Manager Chris Watkins said: “While the railway is already a very safe environment to travel in, we want to give our customers and colleagues that added piece of mind that their safety comes first. Axon cameras will also add transparency to ensure any incident claims can be quickly and accurately verified.

“Body cameras are proven to be incredibly effective in lowering crime rates both because they are a deterrent and because the evidence they help us gather is so good that it is often key in helping the police secure successful convictions.

“We chose a supplier after working closely with our front-line colleagues to find the right product and this investment will really help us to work closer with our British Transport Police partners to build a safer railway for everyone.”

The HD cameras supplied by Axon Enterprise are used by major law enforcement agencies, transport operators and public sector organisations around the world.

All data captured is stored and handled securely with British Transport Police in line with GDPR regulations.

TfW colleagues are now starting their training with the cameras and they will be coming into service over the coming weeks and months.

British Transport Police Superintendent Andy Morgan said: “The safety of passengers and our rail industry colleagues is our absolute priority and we do everything we can to protect them.

“We fully support the introduction of body worn cameras for Transport for Wales’ frontline staff – we know from experience that body worn video is a fantastic piece of kit that helps us in securing convictions against those who target staff with unnecessary violence or abuse.

“We hope the introduction will deter anti-social behaviour and provide reassurance to rail staff as well as passengers.

“Fortunately, these types of incidents are few and far between, however if anyone has any concerns while travelling, they can text us on 61016.”

Mike Shore, Axon’s General Manager, said: “We are excited to partner with TfW as they lead the way with an implementation of connected body cameras and innovative technology.

“By taking full advantage of the Axon network, TfW is creating a seamless partnership between transportation security and law enforcement such as the British Transport Police for sharing evidence to ensure transparency and continuity.”

Transport for Wales’ Operational Resilience Manager Joshua Hopkins, a former BTP sergeant, said: “Having used the AXON camera in my former role I can’t speak highly enough of the quality and benefits this piece of equipment brings. It has a huge deterrent effect on people’s behaviour and can provide confidence and reassurance when dealing with incidents.”

“I would urge colleagues to use these cameras as often as they can as they will play a vital role in keeping people safe.

“Prosecution cases often come down to one word against the other but having the event captured on camera can help those cases get through the courts. It is easy to use and during my time using it I did not get called to Court to give evidence as they could see first-hand what had happened.

“The fact that we can now share vital evidence in a seamless way with BTP shows our commitment to partnership working, supporting our frontline colleagues, and making our network a safer place.”