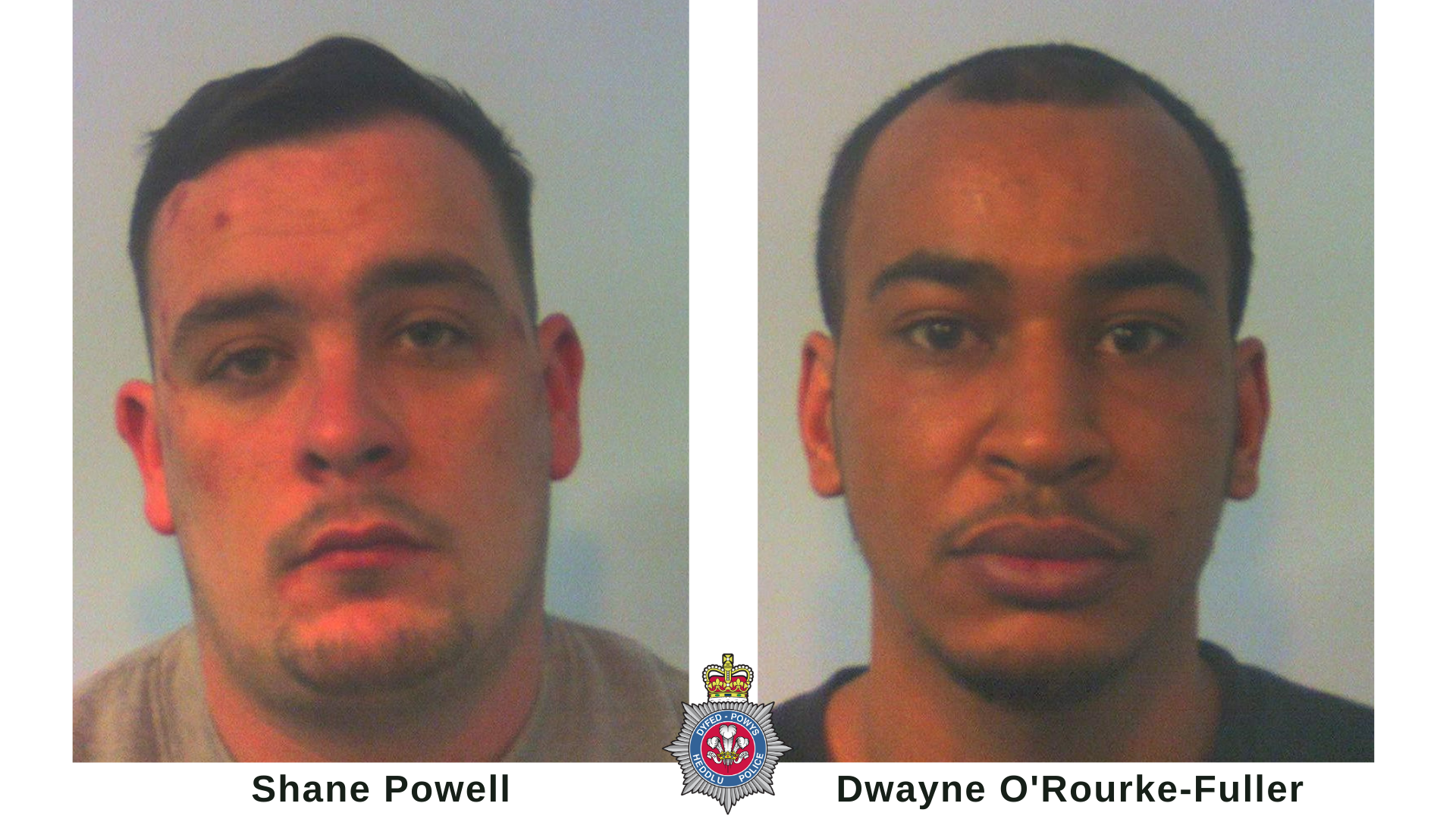 Two men have been jailed for playing a part in a courier fraud scam following a detailed two-year police investigation.

The pair were believed to have formed part of a wider network of scammers who cold-called potential victims and claimed to be police officers.

They were arrested by Dyfed-Powys Police as they arrived at an elderly woman’s Brecon home in March 2019 after she had been convinced over the phone to withdraw £4,000 from her bank account.

The victim had received a phone call from a man claiming to be a police officer investigating a fraud offence. She was told her bank card had been used to withdraw £600 and that a man had been arrested – with the caller giving false police badge and crime reference numbers over the phone.

DC Damian Gillespie, officer in case, said: “The victim raised concerns that the call was a scam, and in an effort to convince her he was truly a police officer, the caller reassured her that she could phone 999 for confirmation.

“She did this, but as the phone line was not disconnected between calls, she was still speaking with the suspect, who managed to convince her the named officer and fraud team did exist.”

Having gained her trust, the caller asked the victim to support a fraud investigation by withdrawing £4,000 from her bank account. The scammer went as far as instructing her to say the money was for home renovations if she was questioned.

After taking the money out of her account, the victim was asked to read the serial numbers from three notes. She was told they were “duffs” and needed to be examined by officers.

“Thankfully, she became so concerned that she told a family member about the incident, who reported it to police,” DC Gillespie said.

“Their good judgement in reporting it immediately to us gave officers a chance to intercept the suspects as they arrived at her home.”

The victim received a number of calls during the day, with arrangements made for the money to be collected from her home. She was informed that three men would arrive at around 5.20pm.

Plain clothed police officers were ready for their arrival, and as a BMW pulled up outside her home at 5.25pm, the three occupants were detained and arrested.

Post-arrest, the victim continued to receive calls from an unknown number, which were suspected to be from someone linked to the three suspects.

Advice on fraud safeguarding was given to the woman to prevent her from becoming a repeat victim, and a referral was also made to the Goleudy Victim and Witness Support service.

“What followed was a lengthy and detailed investigation, during which data recovered from the suspects’ mobile phones proved communication between them,” DC Gillespie said.

“Further evidence was gathered, which was used to plot their journey from London to Brecon on the day in question.

“The detail these enquiries provided, along with the swift proactive work by officers in intercepting the offenders in the process of committing the crime, led to a strong case being built against two of the three men arrested.”

Shane Peter Powell, aged 27, and Dwayne Godfrey O’Rourke-Fuller, aged 31, both from Fulham in London, were summonsed to appear at Merthyr Magistrates’ Court charged with two offences under the Proceeds of Crime Act, one of which related to an offence committed in Dorset.

They were each sentenced to 12 months in prison.

DC Gillespie said: “This sentence marks the end of a two-year investigation, which involved a number of departments across Dyfed-Powys Police, and had the safeguarding of the victim at the heart of our enquiries.

“I would like to thank the victim for her support, and commend her for speaking out to a family member before she lost a significant amount of money.”