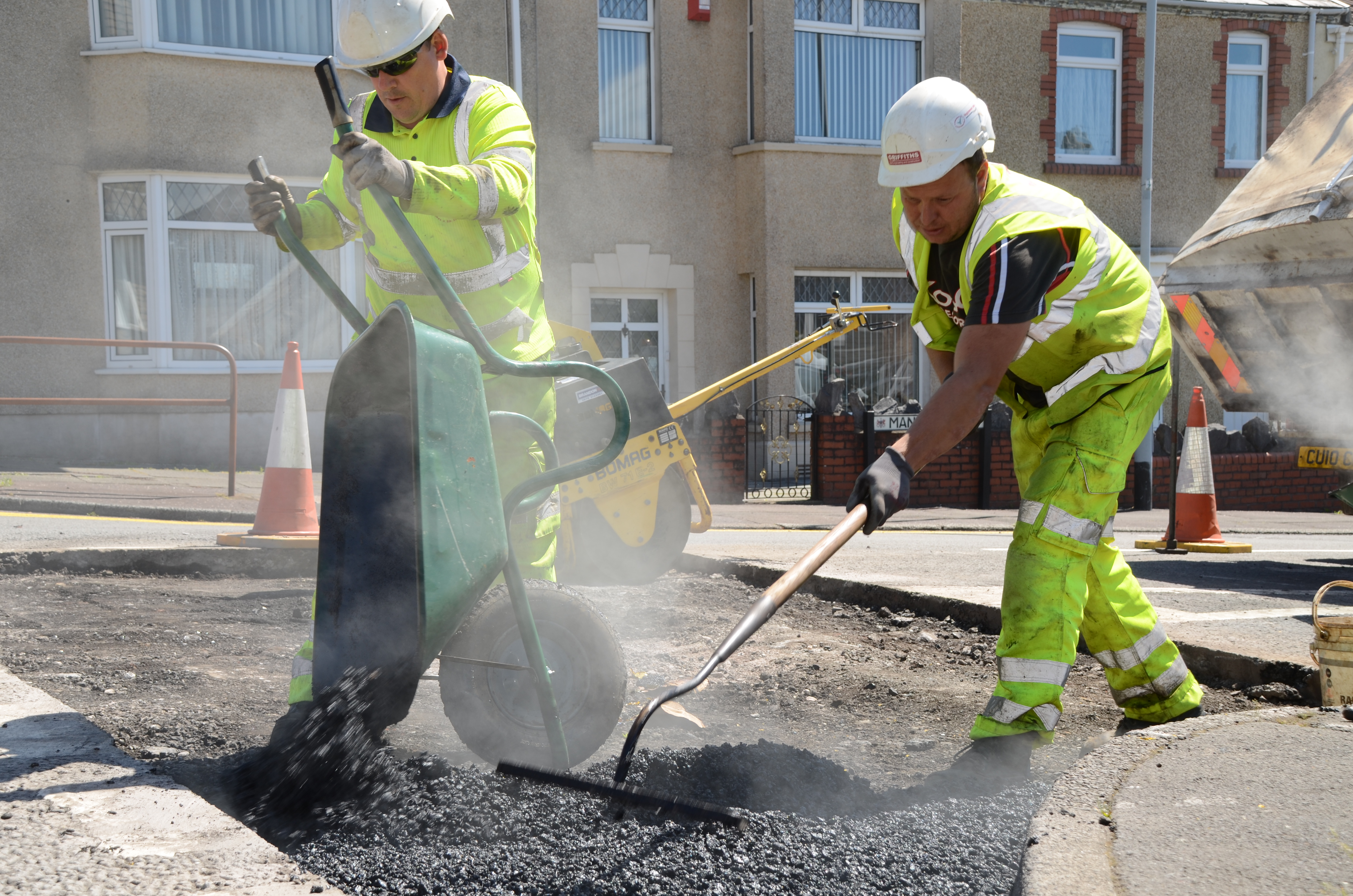 The hugely-popular PATCH community road resurfacing programme is set to get a boost as part of £5.3m of investment in roads across the city in the coming year.

Swansea Council’s Cabinet has approved a programme of work that will see road repairs, footpath upgrades and street light improvements across all communities in the city.

The package of measures are designed to repair roads and also carry out work to prevent roads in good condition from deteriorating.

The report approved by Cabinet on Thursday said £720,000 will be invested in the PATCH scheme with a further £650,000 being spent on footway renewals and repairs.

There will be £250,000 for street-light repairs, almost £500,000 for drainage and preventing flooding during heavy rain and £620,000 for carriageway resurfacing.

Mark Thomas, Cabinet Member for Environment and Infrastructure, said the highways fund was a significant investment in improving city roads and footpaths in city communities.

He said: “Our PATCH road repair programme has been ongoing for a number of years in the city and has been very successful in targeting repairs that are larger than a simple pothole.

“Everyone in the city should see a benefit where they live because we plan it so our highway maintenance teams visit every ward and target the worst sections of road identified during our regular inspections.”

Further funding will be directed towards tackling the backlog of repairs which are monitored during regular highway inspections and includes potholes repairs and pavement improvements.

Cllr Thomas said: “Despite the pandemic our highways teams have been very active in the last 12 months, dealing with more than 5,500 potholes and, in the last few months alone, completing more than 20 community road re-surfacing schemes.

He added: “This is a significant investment in our city’s highway infrastructure. We are responsible for a large and varied range of highway assets including over 1,100km of road, street lights, car parks and traffic control signals.”