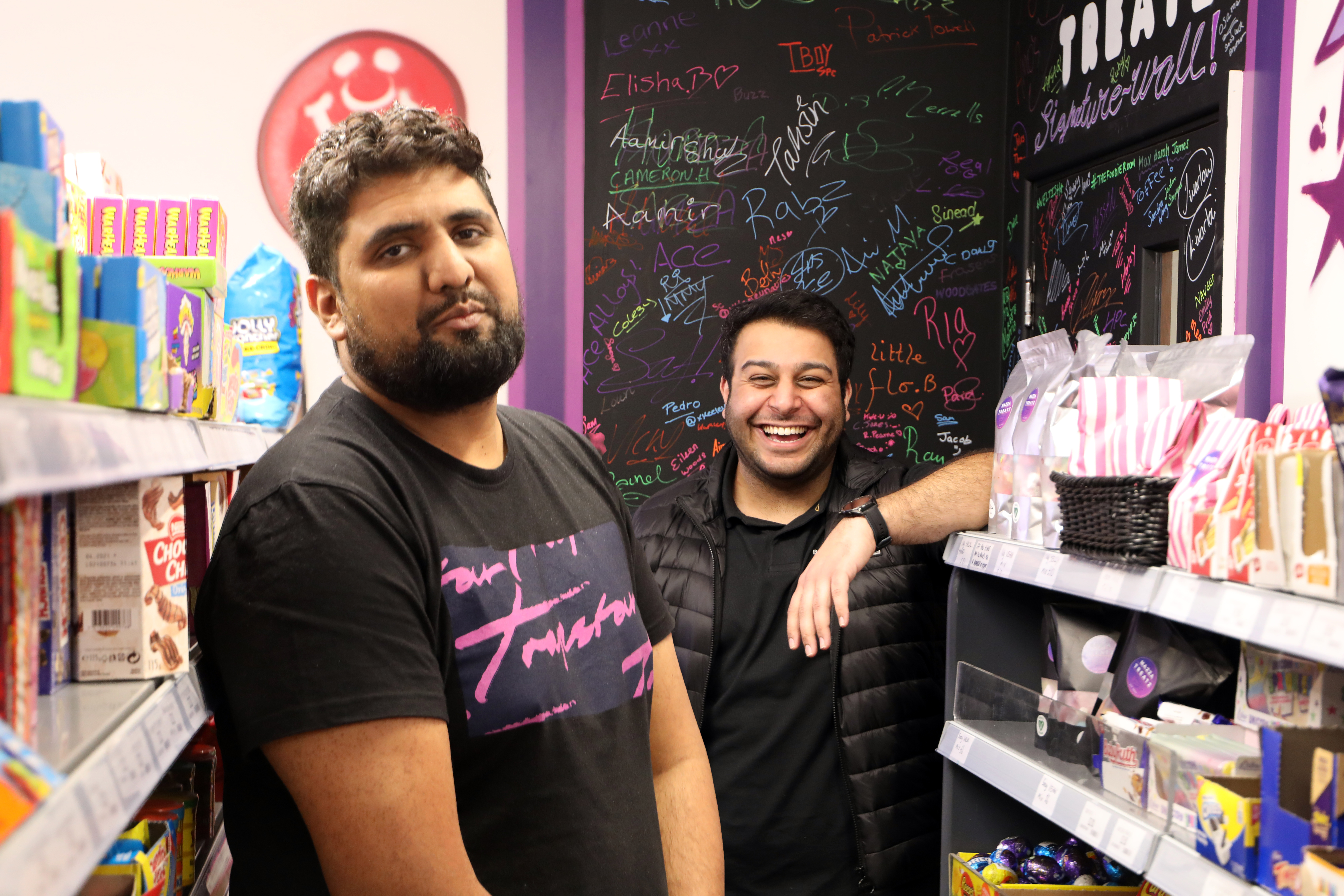 Swansea city centre is proving to be the sweet spot for a pair of friends behind Mazza Treatz, which opened in High Street during the pandemic, in January,

Muz Ahmad, 30, and Safyan Shahid, 29, are behind Mazza Treatz, which has enjoyed a flurry of business from people looking for the comforts of a sugar rush during these testing times. The firm’s unusual sweets, snacks and chocolate, including hard-to-find treats that often go viral on TikTok, are proving to be a hit.

Muz said: “We wanted to do something different and work on a new project together. Mazza is a slang term for madness as well as something that is really good, so it sums up the design of the shop and the stuff we sell here.”

The High Street sweet shop is kitted out in a Willy-Wonka style, with eccentric feature walls and a range of iconic brand characters.

Safyan said: “We wanted everything to have a fun and exciting twist but to be family friendly. We also wanted to play on the characters that are part of our stock here but with a cool twist. So, for example, the Cheetos Cheetah is a roadman, the Lucky Charms cereal character has a gold tooth and SpongeBob has got a Louis Vuitton shirt on. We’ve got a last-minute addition of the Among Us characters here at the till too which has been a huge hit.”

He adds: “This isn’t just a shop, it’s an experience. At the moment, while families can’t get out and do much, they can come here to buy snacks and also have fun while they’re here. People walk in and  say ‘wow’.

Muz said: “Sometimes we’re here until two o’clock in the morning making up sweet bags or restocking the shelves. Other times we’re out at the crack of dawn travelling up and down the country getting new stock. It is hard work to set up and run a shop during a pandemic, but we couldn’t be prouder of what we’ve achieved. We never expected the reaction we’ve had from customers.”

Andrew Douglas, Business Liaison Manager for Swansea BID (Business Improvement District), says: “It is  so encouraging to see the success of Mazza Treatz, and of a number of other businesses that have set up  in Swansea city centre during this difficult year. Muz and Safyan have shown real resilience and innovation and we wish them continued success.”

Find out more about the people behind some of the businesses in the Swansea BID area by searching for TrueHeartSwansea on Instagram.