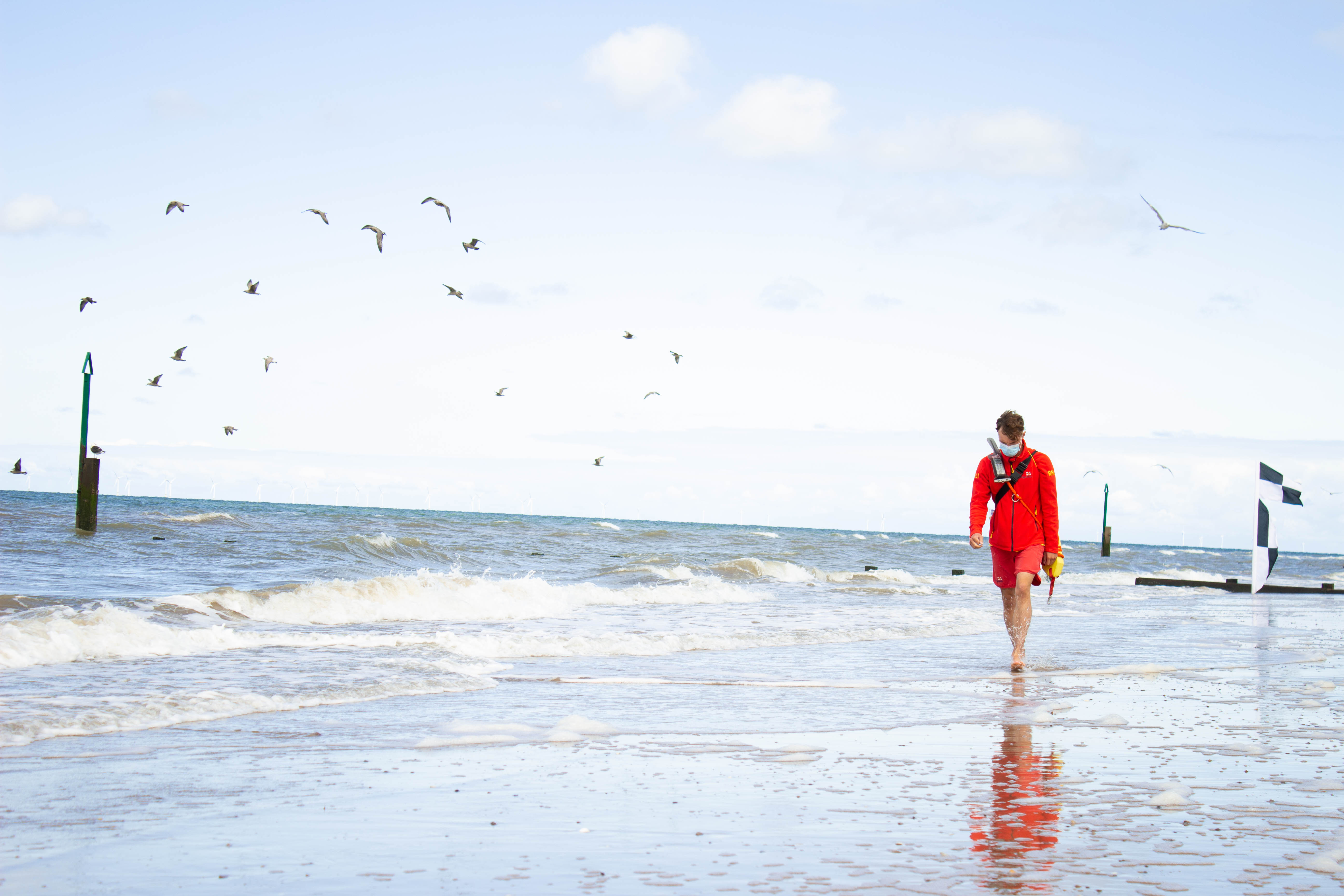 The RNLI is urging people to think carefully about beach safety after the Welsh government’s “stay at home” guidance was updated with the new “stay local” advice.

This warning comes ahead of some of the highest tides of the year from this weekend, (27 March – 2 April), which, historically, often see people cut off and requiring the RNLI’s help.

With restrictions set to gradually ease in the months ahead, the lifesaving charity is anticipating a busy summer of ‘Staycations’ on the Welsh coast. Last year, RNLI lifeguards in Wales, on beaches in south Wales, west Wales and Denbighshire in north Wales attended 1,046 incidents and aided 2,673 people.

The RNLI has been working with partners behind the scenes through the challenges of lockdown to recruit, train and prepare their lifeguards for what is expected to be another busy summer on Wales’ beaches.

The charity is preparing to set up patrols this weekend ahead of schools in Wales beginning their two week Easter break. Whitesands beach in Pembrokeshire will be lifeguarded from this weekend (27 March) in addition to Three Cliffs Bay and Langland in Swasea. From 2 April, the RNLI will introduce a service at Aberavon, Coney/Sandy Bay, Trecco Bay, Whitmore Bay and Tenby South.

Many beaches will not be patrolled until later in the season and the RNLI is calling on families to take their own safety seriously and be mindful of risks, especially during the forthcoming Spring tides, where the tidal movement is greater than usual.

RNLI Water Safety Lead Chris Cousens says: ‘RNLI lifeboats around the Welsh coast are ready to respond to emergency situations, but we are urging people to think very carefully about safety and not putting any additional pressure on our service during these challenging times. We have seen an increased number of call outs to people using the coast for our daily exercise and becoming cut off by the tide. It makes up a greater proportion of lifeguard and lifeboat rescues here in Wales than other areas of the UK. We’d urge people to think carefully before setting off on a coastal walk.

‘The tide comes in and out twice in each 24 hour period, and while tide times can be accurately predicted, they vary at each location and change each day. A beach or coastal area may appear a safe place for a walk, but incoming tide can quickly leave you stranded. On bigger tides like we will see in the coming days, places will be cut off by the tide quicker than normal and places usually unaffected by the tide may also be cut off.

‘That’s why checking the weather and tides using a trusted online source, such as magicseaweed.com, the BBC weather or a tidal prediction app before setting off on any trip is essential. However, we realise that people setting out on a walk may not have that understanding of what the tide time means to them. For this reason we were keen to share time-lapse footage to clearly illustrate how sandbanks and gullies can very quickly become flooded by the tide.’

The combination of an increased number of visitors to the Welsh coast, the gradual easing of restrictions and the school holiday could potentially put a huge amount of pressure on the charity’s volunteer crews and lifeguards.

Preparing for the season in a Covid environment has presented its own challenges for the RNLI.

Matt Childs, RNLI Area Lifesaving Manager says: ‘We are delighted to be able to get our service up and running as usual this year, despite the obvious challenge the pandemic has brought. Much of our training has happened remotely, but we’ve been able to familiarise our guards with the beaches in line with government guidance. Operating within this new environment has obviously means increased training in terms of protecting our guards with the appropriate PPE and training in rescuing casualties and ensuring we’re able to protect them and our guards.’

The RNLI is urging anyone choosing to visit the coast to make sure they keep themselves and their families safe by following beach safety advice along with the government’s advice on travel and social distancing: