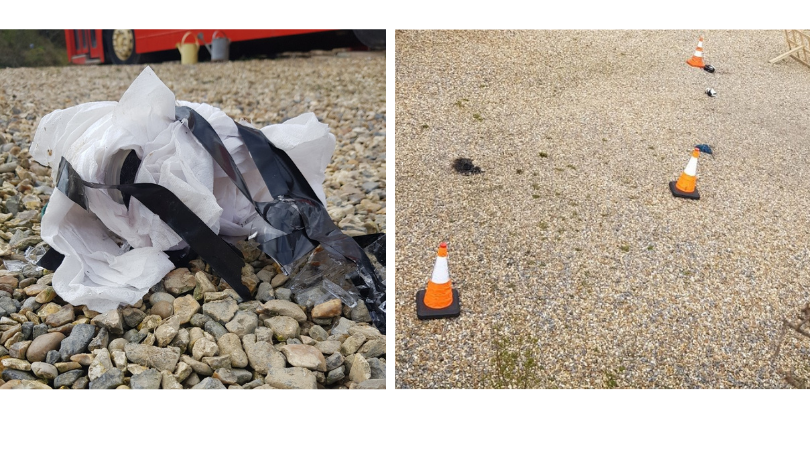 A man has been handed a jail sentence after taking a dispute with his neighbours so far that he threw homemade firebombs onto their drive.

Francis Collins, of Clynderwen in Pembrokeshire, was charged with stalking involving fear of violence or serious alarm or distress, following an investigation by Dyfed-Powys Police into his part in a year-long civil dispute over the ownership of a piece of land.

The 35-year-old subjected a couple in a neighbouring property to a barrage of threatening emails which were sent anonymously – but which they strongly suspected came from Collins.

A Dyfed-Powys Police Detective Constable who led the investigation said: “The couple were bombarded with emails, suffered verbal abuse, and then the harassment and antisocial behaviour escalated further.

“In March 2020, the couple reported that some sort of explosive device had been thrown onto their drive during the night.

“Obviously this caused the couple a great deal of concern, and they immediately contacted police.”

Officers attended, and it was established that three devices had been thrown over the fence, with one exploding, one shattering and the third remaining intact.

The devices were examined for forensic evidence by specialist officers.

A search of Collins house resulted in glass jars similar to those used for the petrol bombs, chemicals and a book containing instructions on how to make a chemical fire bottle being found by officers.

Computer and mobile phones were examined by the force’s digital unit, showing internet searches relating to creating devices of this kind, and setting up anonymous email accounts.

The DC said: “During the investigation, support mechanisms were put in place for the victims to ensure their safety, while Collins also began to send a large number of emails criticising the nature of our enquiries.

“Officers remained professional and committed, and as a result of a thorough investigation, Collins was charged with stalking involving fear of violence or serious alarm or distress.”

Collins appeared at Swansea Crown Court on Monday, March 22, where he pleaded guilty to the offence. He was handed a prison sentence of 425 days.

Due to the amount of time he had spent remanded in prison, Collins has now served his sentence.

An indefinite restraining order was also imposed, preventing him from contacting the victims.

“This was a lengthy and detailed investigation into Collins’ sustained attack against the victims, which saw his behaviour escalate over a number of months,” the DC said.

“The victims had moved to the area to enjoy a peaceful life in the countryside, and instead found themselves the targets of harassment.

“We hope the sentence imposed goes some way to bring comfort for the distress they have been caused over the past year, and reassures our communities that we take antisocial behaviour of this nature seriously.”

Welsh Government urged to ‘get serious’ over freeports potential