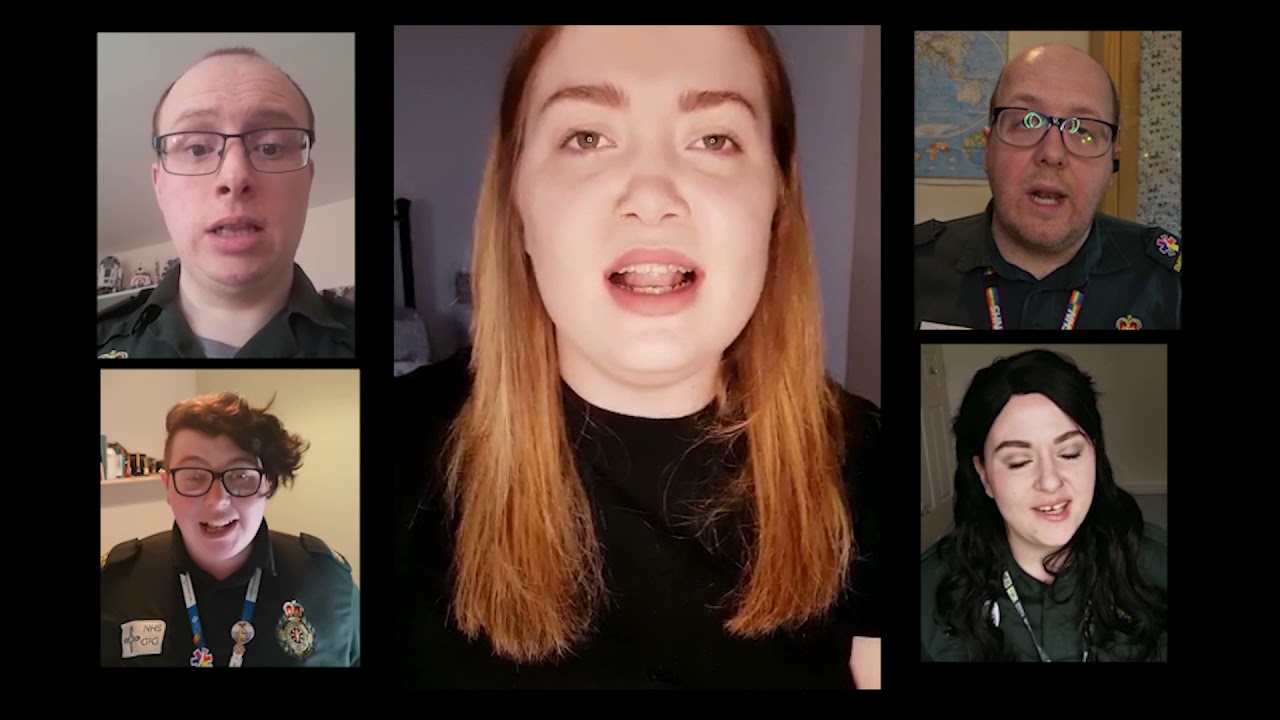 A Virtual choir formed by staff of the Welsh Ambulance Service has released its latest video – and this time they’re raising money for a charity close to their hearts.

Entitled You Will Be Found, it comes from the musical play and soon-to-be-film, Dear Evan Hansen and was chosen by choir organiser Mads Matthews-Williams for its message of hope and emotional support.

Mads, who works as a Medical Priority Dispatch System Auditor based in Carmarthen, said: “This time we decided to try and raise some money for The Ambulance Staff Charity (TASC).

“Sometimes as ambulance people we forget we may need help ourselves and always try to be the strong one. Myself and other members of the choir have been supported by TASC in the past and they really do make you feel less alone. Two of our members have even been trained as counsellors by TASC and volunteer as peer support workers.”

Speaking of the song choice, Mads said: “I love the musical and this song stood out as a good message about reaching out. It’s positive and uplifting and many of us are feeling a bit isolated as we come out of lockdown.”

With some 20 performers from all corners of Wales, the project even drew one man out of vocal retirement.

Alan Griffiths, a Non-Emergency Patient Transport team leader from Pontardawe said: “I just wanted to sing again, having previously been in a choir.

“It was nice to sing again, and hopefully one day I’ll do it again without the need be on a screen”.

Gemma Tavill, Clinical Advisor for the  NHS 111 Wales service said: “The lyrics of the song hit home with myself and I know they will with family. Growing up I was always in choirs and wanted to join in and feel part of a team other than a work team again.”

The choir are asking people who view the video and enjoy it to consider making a donation of whatever they can afford to TASC via a JustGiving page.

Jasmin Rana, TASC’s Director of Income Generation and Supporter Engagement, said: “Ambulance staff have one of the most stressful jobs in the UK, and the continuing and long-term impacts of Coronavirus are making their job that much harder.

“At TASC, we’re passionate about supporting the mental, physical and financial wellbeing of the UK’s ambulance community, but we can’t do it alone.

“We’re so grateful that the Welsh Ambulance Choir have chosen to support TASC and raise vital funds for our cause; demand for our services is growing year-on-year and with support of people like Mads, Alan and Gemma, we can continue being there for the UK’s lifesavers when they’re struggling for years to come.”

Dear Evan Hansen was written by Benj Pasek and Justin Paul, the team behind the mega successful The Greatest Showman and has enjoyed great success since its debut in 2016, even winning three Olivier awards in 2020.