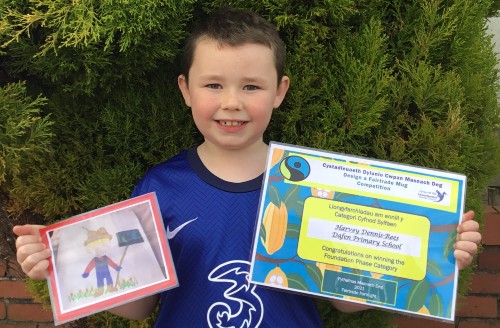 Schoolchildren in Carmarthenshire will see their designs on specially commissioned mugs as part of a competition to mark Fairtrade Fortnight.

Each year Fairtrade Fortnight gives people the opportunity to celebrate Fairtrade achievements and learn more about the difference that Fairtrade makes.

To celebrate this year’s event, schools in Carmarthenshire were invited to create designs for a mug featuring their favourite Fairtrade product.

Carmarthenshire County Council’s international links co-ordinator for schools Polly Seton said: “The idea proved very popular and over 180 entries for the competition were received from 21 schools.

“Carmarthenshire Fairtrade Group, who supported the initiative, had a difficult job choosing the best entries but finally agreed on winners for the different age group categories.

“Many thanks to all the teachers and pupils who took part.”

The children’s designs will now be emblazoned on specially commissioned mugs and given to the winning pupils and their schools next month.

Period product ‘pick and mix’ set up at a Pembrokeshire school