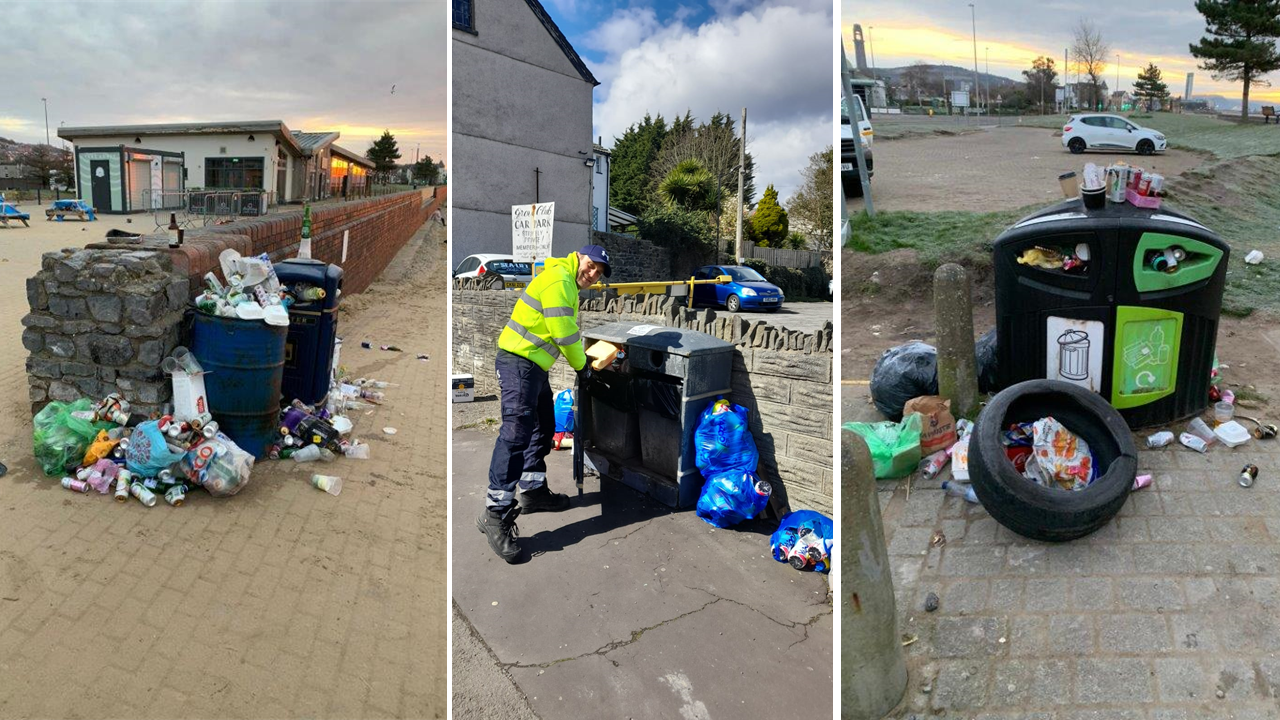 Litter louts are being urged to stop disfiguring Swansea’s beaches, parks and neighbourhoods with litter.

Swansea Council says that despite the Coronavirus pandemic people are continuing to dump rubbish and leave litter lying around in parks and other open spaces.

Over the Bank Holiday weekend council teams supported by volunteers had to clear about 12 tonnes of waste and litter from our beaches, parks, streets, the marina and other beauty spots around the city.

Swansea Council’s head of waste Chris Howell said the support of volunteers and the efforts of council staff who were busy throughout the Easter Bank Holiday was testimony to their determination to keep things clean.

He said: “Over the Bank Holiday we put in more resources to deal with the problem. Our teams were working from early in the morning to late in the evening cleaning up after people who clearly had the ability to take things to our beaches and parks but decided not to take waste home with them.

“I want to say a big thank-you to all those who dealt with their waste responsibly, and also volunteers who made it their business to tidy up after others who clearly thought it was someone else’s job to do their dirty work.

“A full bin does not give people the right to just dump their waste for others to deal with.

“The council launched its anti-litter ‘Don’t Be a Tosser’ campaign last summer and put up fresh notices around parks and beaches recently to reinforce the message.

“Too often our teams and the volunteers who helped us out on beaches came across discarded and broken bottles that could have caused injuries to the unwary.

“As the weather continues to stay bright we’re continuing to call on people not to be litter tossers and to bin their waste or take it home with them.”

Dog owners are being reminded that if they find a full dog poo bin they can put their pet’s waste in a general litter bin or take it home with them.

If you spot a litter bin or dog fouling bin that needs emptying, Swansea Council say you can report it to them in the normal way at www.swansea.gov.uk/reportit