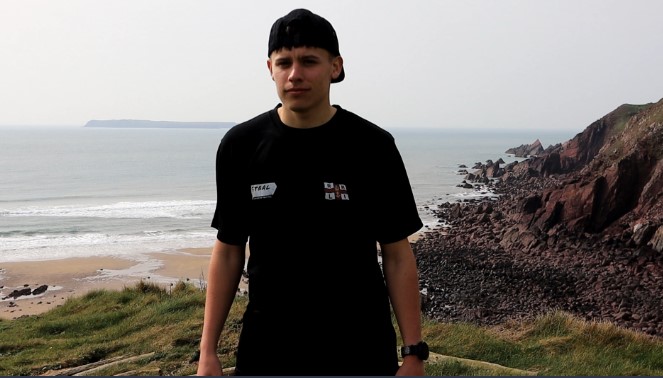 Byron Grey, 21, an RNLI volunteer at Little and Broad Haven has run 186 miles across the Pembrokeshire coast, raising nearly £5,000, to be shared between the lifesaving charity and a local mental health charity.

The fitness fanatic joined the RNLI crew at the age of 17, following in the footsteps of mum Vivienne Grey, launch authority at the station and dad Andy, Lifeboat Operations Manager at Little and Broad Haven.

He was keen to challenge himself to run the extra mile during lockdown and decide to use his efforts to support two of his favourite charities.

Byron, an apprentice at Valero trained hard to complete the gruelling challenge running from Amroth to Poppit, which he completed on Easter Monday.

He said: “Though lockdown I got into fitness, running especially and wanted to test what I am capable of. So came up with the idea of running the Pembrokeshire coast path in seven days and decided to raise money for two charity close to my heart.”

You can donate to Byron’s challenge on his GoFundMe page.

RNLI in Wales issues warning ahead of Spring tides