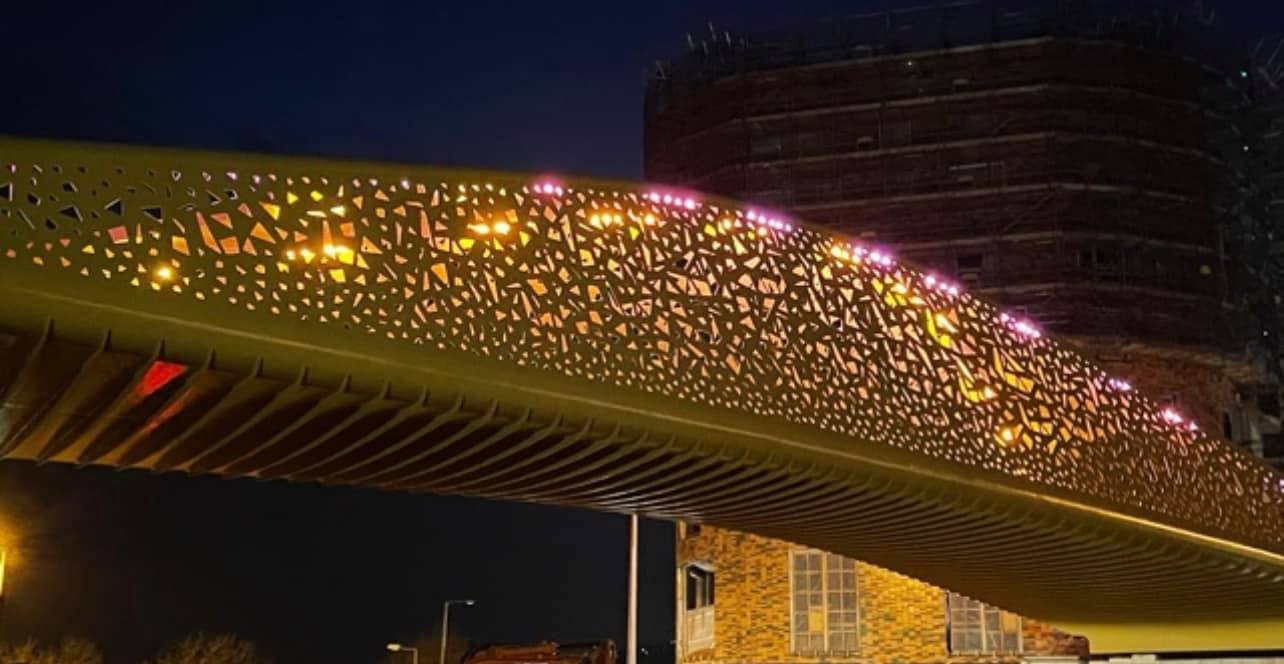 It’s giving citizens an early idea of how the structure could look after dark once it is completed and open to the public.

The temporary lighting installation has seen 26 double-tube fluorescent lights attached to the roof inside the bridge that crosses Oystermouth Road. It is due to remain in place for several months and will be on every night.

It will be replaced in due course by higher-spec permanent internal lighting. This will be energy-efficient LED and programmable, illuminating the bridge in different hues; it’s due to be in place once the bridge is open later this year as part of the £135m Copr Bay Phase One regeneration scheme.

Council head of planning and city regeneration Phil Holmes said: “The temporary lighting aims to offer the public a broad idea of how the bridge will look at night once Copr Bay Phase One is open.

“Installation of its colour-changing LED system is due to take place over the next few months but we wanted to give people an early idea of how this new landmark for the city will look in future.”

The bridge is being delivered by Swansea Council which is developing Copr Bay Phase One.

Copr Bay Phase One is part of a council-driven £1bn regeneration programme across the city.