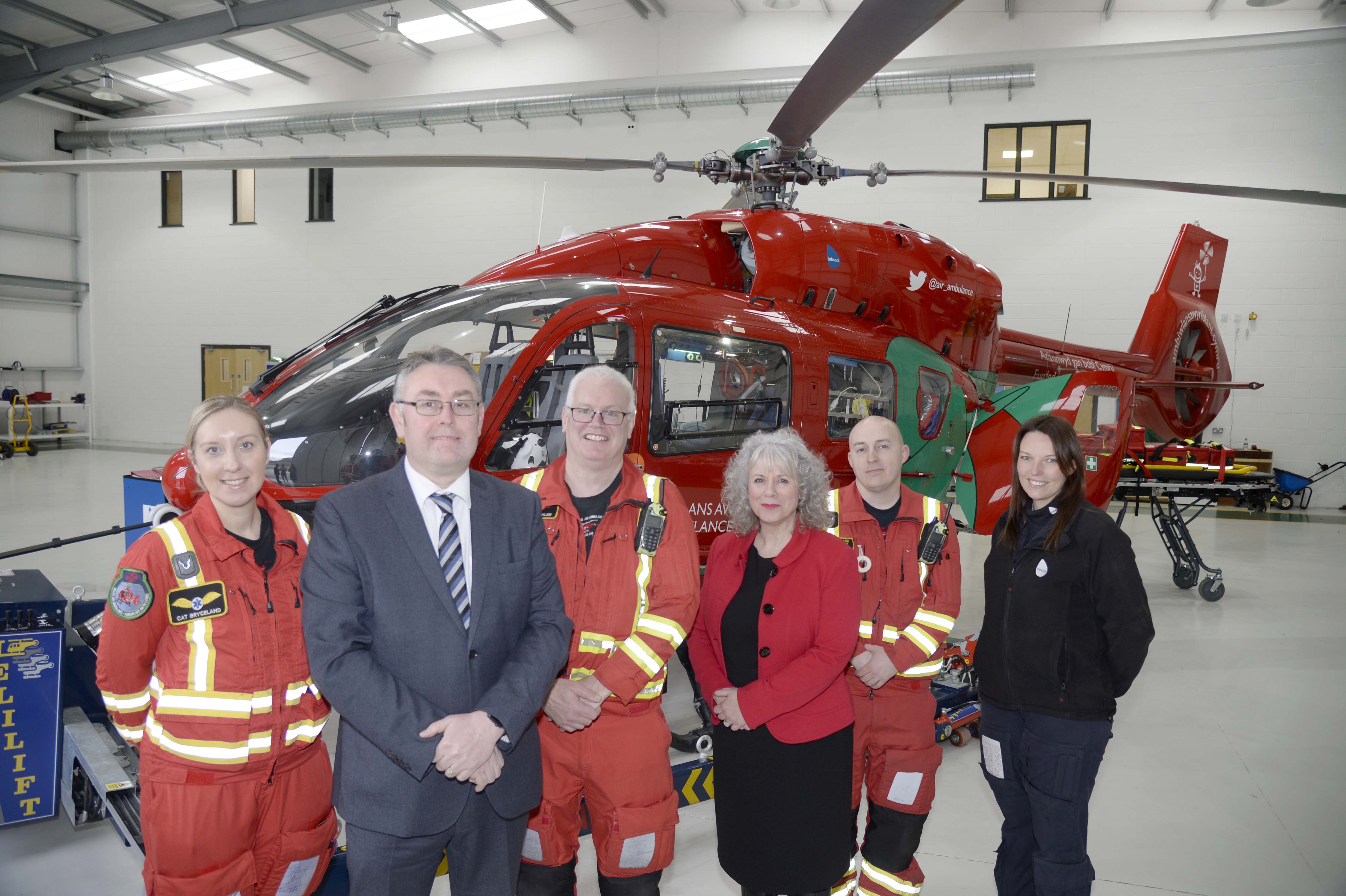 For the second time in its 98-year history, Swansea Building Society held its annual general meeting (AGM) behind closed doors, due to COVID-19 restrictions, although members were still able to engage in the process via video and telephone link.

The Society also donated £2,500 to the Wales Air Ambulance based on a pound for each vote received.

The Society usually hosts its AGM at the Liberty Stadium where high numbers of members can attend. For the second year running, due to restrictions on public gatherings, it held the event via a conference call, inviting members to vote by ballot paper, submit questions in advance, and for the first year allowing members to attend the meeting via video and telephone link.

During the event, held at noon on Thursday, April 22, the Society also donated £1 per vote to its official charity: Wales Air Ambulance. In the end, with 2,180 votes cast, it rounded the figure up to £2,500. This is the most generous charitable gesture of its nature (based on encouraging members to vote) of any building society in the UK.

This donation adds to the £10,718 the Society raised for this valuable medical rescue service during 2020, helping it achieve its long-held ambition of becoming a 24/7 service across Wales, and allowing it to keep helicopters in the air during an unprecedented year.

At the event, the board of the Society presented and explained its best-ever set of results to members. During the year it benefitted from supporting local communities by keeping its growing network of local branches across South Wales open through the pandemic, whilst ago reaping the rewards of a five-year investment programme started in 2015.

Its total assets, mortgage balances, savings, capital and profits all reached record highs last year despite the challenges of the COVID-19 pandemic. This planned increase was the result of a comprehensive investment plan kickstarted in 2015, which has seen it open three new branches, upgrade back-office systems, implement new technologies, and hire new talent across the business.

Employees in the financial services sector were classed as key workers throughout the COVID-19 pandemic as the government wanted to ensure individuals had access to their finances. By keeping all of its branch offices open for face-to-face and telephone/e-mail contact, Swansea Building Society was able to welcome many new savers and mortgage customers despite the challenges of the last 12 months.

The full recording of the session, as well as the Society’s full set of results, will be available from May 1, on its website: swansea-bs.co.uk.

Alun Williams, Chief Executive of Swansea Building Society, said: “These are unprecedented times and we have been forced to adapt. Despite again not being able to hold the AGM in a physical form, members remained engaged in the process, casting votes and submitting questions in advance.

“We are also proud to present a record set of results to members, which we feel reflect the success of the five-year investment programme we started in 2015 and our ethos of keeping branches open and our services accessible to members throughout this challenging time.”

The Society posted a pre-tax profit of £3.3 million compared with the £2.3 million it made a year earlier in 2019. Although its levels of mortgage lending were slightly down due to the disruption of the pandemic (£67.1 million versus £74.3 million a year earlier) it also reduced its expenses to £4.8 million compared with £5.0 million in 2019. The Society has now delivered annual pre‐tax profits greater than £2m in each of the last seven years.

Swansea Building Society remains one of the few financial institutions in the UK that receives no wholesale funding or support from the Bank of England in the form of cheap funding. Its balance sheet is funded entirely by customer savings balances and its own capital reserves built up from retained profits over many years.