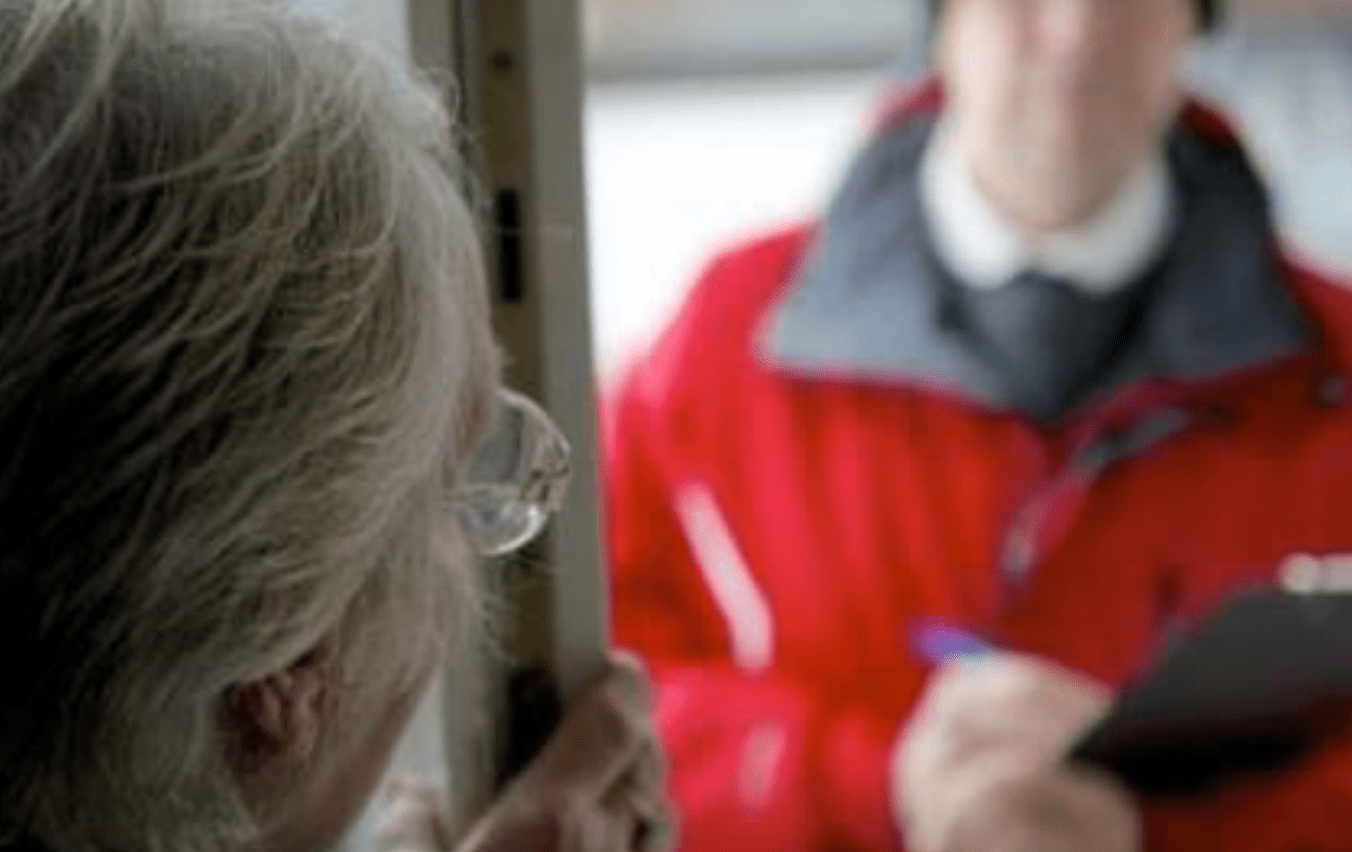 A Which? investigation has found that doorstep scammers are back in business after lockdown restrictions – and these ruthless fraudsters are using new coronavirus scams to target the most vulnerable.

According to Action Fraud data, £18.7 million was lost to doorstep crime in 2020 alone. With many in-person scams believed to go unreported, the true figures could be even higher.

Doorstep scams can come in many forms. For example, fraudsters might offer building, gardening or home improvement services and then overcharge for or never complete the work. Fraudsters also often pose as salespeople or charity workers as a means of parting people from their hard-earned cash.

The number of reports to police for this type of fraud in April 2020 was 46 per cent lower than April 2019 as doorstep sellers were banned during the lockdown. However, by summer 2020, reports of doorstep scams had returned to pre-pandemic levels, with fewer restrictions stopping fraudsters from going out.

Which? research has found that scammers have exploited vulnerable people’s uncertainty and isolation during the lockdowns and used the pandemic as an opportunity to create new coronavirus frauds and recycle old scams.

A survey of 1,186 Which? members found that 16 per cent have received unsolicited visits from someone claiming to be a salesperson or charity worker since the start of the first lockdown.

9 per cent said that they felt the visitor was pressuring them into making a purchase or performing a certain action, such as donating.

Although Which? doesn’t know how many of these visits were scams, even genuine doorstep selling can leave consumers at a disadvantage. These unexpected visits can also be unnerving – especially for elderly or vulnerable people or if the salesperson is particularly pushy.

William Grayson, 81, lives alone in Weston-super-Mare, a 40 minute drive from his closest relatives.

William was visited at his home by two volunteers from a ‘Covid support group’ who offered to do shopping and errands for him while he was shielding. He gave the young couple £200 cash over two visits for food and home essentials but never got his shopping.

He said: “Realising these people were out to get me made a dark time even darker for me to be honest.”

Which? has heard from other victims across the UK who have been targeted by fraudsters claiming to be from local NHS services offering fast-track testing and vaccines, collecting donations for fake charities and selling vitamin pills that ‘protect against’ Covid-19.

NHS services across England, Wales, Scotland and Northern Ireland continue to stress that all testing and vaccine services are free of charge, and nobody will ever turn up at someone’s home without warning. Those being vaccinated at home will likely be contacted in advance by their local NHS service, or regular district nurse, to arrange an appointment.

Over a third (37%) of Which? members surveyed who had an unsolicited door knock said it was someone offering home improvement services.

When two landscapers turned up at Lucy’s, whose name has been changed, front door in Maidenhead last July, offering to tidy up her front garden, she didn’t think it was unusual that they’d asked for the money up front.

She explained: “They said they’d been working on my neighbour’s garden and thought mine looked like it could do with a bit of TLC. It was funny because I’d recently been admiring my neighbour’s new front garden.”

Lucy later found out they weren’t the same traders that had worked on her neighbour’s garden. She has since given up hope of getting any money back.

Unfortunately for Lucy, victims are unlikely to get their money back if they’ve handed over cash.

Cash transactions are also untraceable which makes the perpetrators harder to track down and bring to justice.

Which? advises consumers against buying from unsolicited doorstep sellers. This applies to anyone that calls by who isn’t expected, or who consumers haven’t made an appointment for, such as water or electric meter readings or gas engineers.

If there are any safety fears, police and Trading Standards advise calling 999. This also goes for particularly aggressive traders. It is banned practice for a trader to refuse to leave your property if you’ve asked, although this may be justified under some circumstances, such as to enforce a contractual obligation.

Consumers should also sign up to Which?’s scam alert service in order to familiarise themselves with some of the latest tactics used by fraudsters, particularly given the explosion of scams since the coronavirus crisis.

Adam French, Which? Consumer Rights Expert, said: “It’s highly concerning that doorstep scammers are back in business and looking to exploit the pandemic in every way they can. We all need to be wary of anyone who knocks on our door unexpectedly.

“Adopting a blanket policy not to buy goods or services offered at the door is a sure-fire way to stop any would-be fraudsters in their tracks. However, if you do decide to purchase something at your door, you should ask the seller for their ID or call the company to verify their identity before making any payments.

“If you encounter a fraudster, you should report this to Action Fraud in England or call Policing Scotland on 101 in Scotland and if you have any safety fears, dial 999 immediately.”

1, If you paid by card for services or products that were not provided, you may be able use Section 75 or chargeback rules to get a refund. If you’re deceived into making a bank transfer to a fraudster, your bank may be able to reclaim the money, or refund you under the Contingent Reimbursement Model voluntary code.

2, According to Trading Standards, deterrents like CCTV cameras and ‘no doorstep sellers’ stickers in the window really are effective against scammers.

3, Check in with elderly or vulnerable neighbours and relatives to check if they’ve had people calling recently and warn them to be wary of scams. Neighbourhood watch schemes or community groups can also be helpful for raising awareness of scams in their area.

4, Adopt a blanket rule not to buy any products or services offered at the front door. This applies to anyone that calls by who isn’t expected, or who you haven’t made an appointment for, such as water or electric meter readings or gas engineers.

5, If there are any safety fears, police and Trading Standards advise to call 999. This also goes for particularly aggressive traders. It is banned practice for a trader to refuse to leave your property if you’ve asked although this may be justified under some circumstances, such as to enforce a contractual obligation.

5 Things to Say to Doorstep Scammers

Narberth fraudster sentenced for scamming Pembrokeshire charity out of £6,300