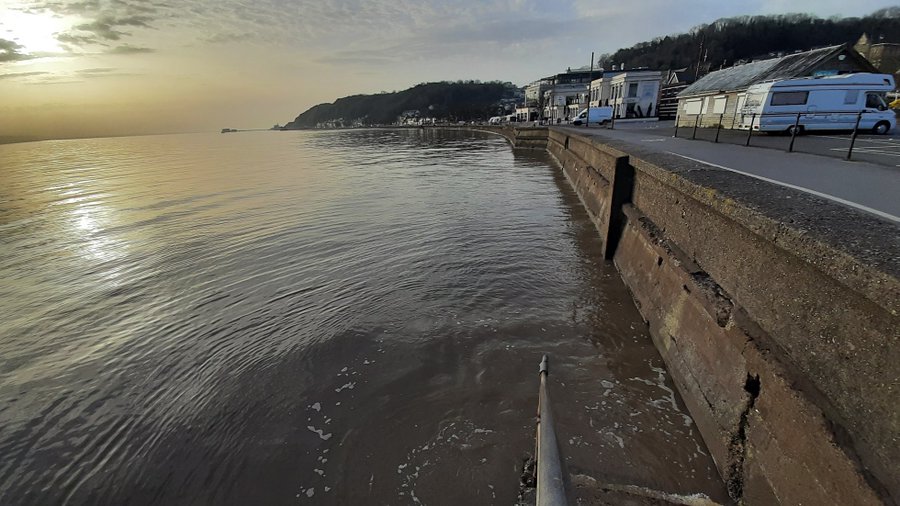 Swansea Council is launching the next phase in its consultation programme to upgrade sea defences to help protect Mumbles for the next century.

The project is being managed by council highways and transportation personnel.

Award-winning consultants, engineers and designers Amey Consulting – who have vast experience in coastal defence initiatives – have been enlisted to come up with designs to improve flood defences along the sea wall in the Swansea community. They’re working in conjunction with delivery partners JBA Consulting and LDA Design.

The existing sea defences were built more than a century ago as part of a Swansea and Mumbles Railway extension. They have withstood high tides and storms across many decades.

But now the council has secured funding for a scheme that will aim to protect the area from rising sea levels and high tides into the next century.

Now, consultation will gather feedback on the initial design proposals. The three-week consultation – with people, businesses and organisations across Mumbles – will help inform what the project will look like on the ground, ahead of a formal planning application expected to be submitted this summer.

Mark Thomas, cabinet member for environment enhancement and infrastructure management, said: “The existing sea defences have served Mumbles well over the last century or so – but they’re showing significant signs of wear and tear.

“On top of that we have to prepare for rising sea levels in the coming years. Our investigations show that around 80 properties along the seafront in Mumbles are at risk of flooding and that more than 120 will be threatened in the years ahead if we do nothing.

“We’ve recently seen the devastation that flooding has caused to families and businesses in Wales and we have to take action to avoid that here.

“The Prom at Mumbles is relatively low, and it’s a relatively common occurrence to experience sea water on the footway. During periods of high tides we install ‘stop logs’ across openings in the car park walls that are set back from the sea wall.

“The aim with any new sea defences is to be sensitive to Mumbles as a seaside visitor destination while protecting people and property.”

He said that an initial community engagement process had shown there was recognition locally that the sea defences had to be upgraded and there was support for further consultation on what the defences would look like.

The new consultation will illustrate design options for enhancing the coastal protection measures and safeguarding the lowest-lying areas of Mumbles seafront along a 1.2km stretch from a point near Verdi’s restaurant to the Oystermouth Square car park.

No decisions have been made about what the final design will look like and none will be taken until community views from the latest consultation being managed by Amey Consulting and the council have been taken into account.

Apart from providing improved defences to protect the community, the process also offers the opportunity for the public to have their say on matters such as new seating, resurfacing and other environmental improvements. There’s also the chance to suggest ideas for the future look and use of key areas close to the sea wall; matters could include parking, active travel, landscaping, lighting and play.

Lee Selway, of Amey Consulting, said: “Previous consultation on this project has demonstrated a high level of interest locally in the plans to deliver a scheme that will protect the community from flooding for many years to come.

“As well as coastal flood risk management, the scheme will seek to preserve and enhance the prom and the amenities on it.

“We are very keen to learn more about what local people think of the latest designs as part of this latest stage in the consultation process.”

More details about the consultation and the proposed designs for the sea wall can be found at www.swansea.gov.uk/mumblescoastalprotection

Starting a Business During Covid? Avoid These Common Pitfalls That Sink Many SMEs