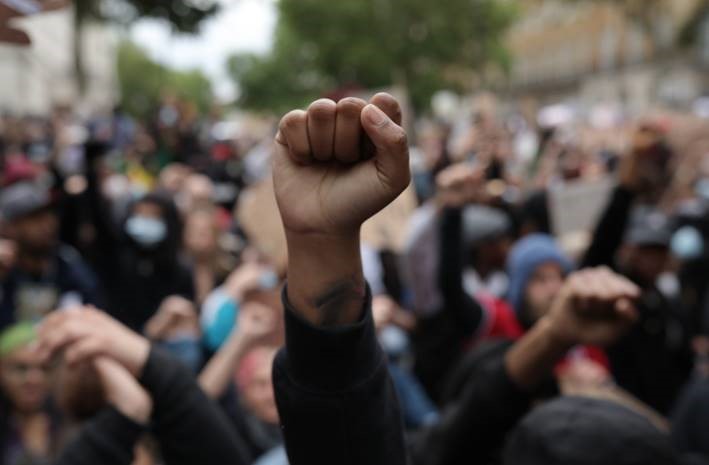 On the anniversary of the tragic murder of George Floyd in the USA, Minister for Social Justice Jane Hutt reaffirmed the Welsh Government’s commitment to delivering a truly anti-racist Wales.

In a statement on Monday (24 May) Jane Hutt stated: “Today we mark the anniversary of the tragic murder of George Floyd in the United States. We mourn his death and the death of all those who have sadly lost their lives due to the scourge of racism.

We stand in solidarity with all those who campaign for equality and for an end to institutional racism. I want to make clear that the Welsh Government will always fight for a more equal and just society.

Racism and all forms of hate and bigotry have no place in our society.”

Highlighting the importance of this anniversary and the importance for immediate action to tackle racism, Jane Hutt outlined the key aims of the Welsh Government’s Race Equality Action Plan.

The council leaders from Wales’ two largest cities have come together to support the Stand Up to Racism campaign ahead of the United Nations Anti-Racism Day. It takes place on Saturday, the same day Swansea City play Cardiff City in the Championship’s South Wales derby. Both the Swans and Bluebirds have embraced the EFL’s Not… END_OF_DOCUMENT_TOKEN_TO_BE_REPLACED

Jane Hutt said: “Tackling racism and inequality isn’t just about words, it’s about our deeds and actions. It is only by listening and acting that we can achieve real change.

“That’s why I’m proud that the Welsh Government published our draft Race Equality Action Plan for consultation on 24 March.

“The Plan, developed collaboratively, will help us forge the truly Anti-Racist Wales we all want to see.

“We intend this to be a practical Plan, outlining specific actions to be taken across all the key policy areas which emerged from our co-construction work.

“Once finalised, the Welsh Government will be committed to and held accountable for it.

“Being anti-racist requires us to all make a conscious, active effort to call out racism wherever we see it.

“There is so much to do to tackle long-term systemic inequality and racism. That’s why we want all parts of Welsh society to engage with the consultation and help us deliver it.

“It’s time for change. The time to tackle racism is now.”