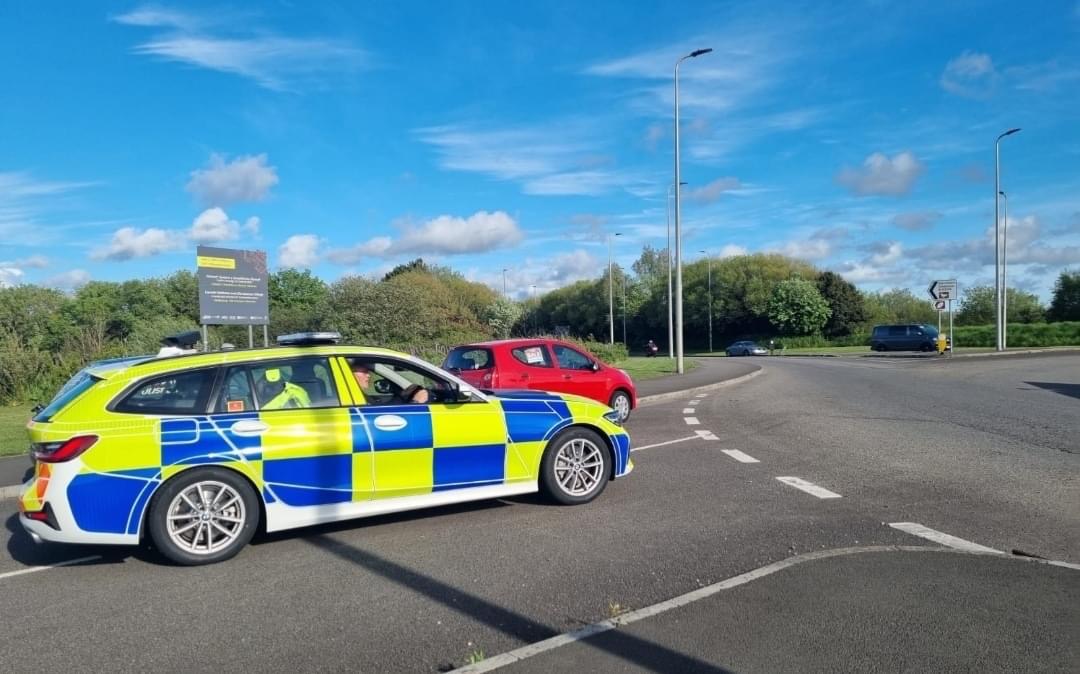 Police arrested two people and stopped cars speeding at more than twice the limit in Llanelli during an operation to combat antisocial driving.

Dyfed-Powys Police’s Carmarthenshire Roads Policing Unit led a multi-agency operation between Machynys and North Dock on Friday night (28 May) following an increase in reports of drivers racing in the area and gathering in the car park.

Six people were caught speeding in two-and-a-half hours, with the top speed recorded at 88mph in a 40mph zone.

Two people were also arrested – one on suspicion of drug driving and another who was wanted.

Sergeant Richard Lucas said: “The aim of the operation was to control the number of people driving antisocially along the coastal road between Machynys and North Dock, and at North Dock itself.

“This behaviour has become a concern for people living in the area, and is something we wanted to take firm action to stop.

“Throughout the evening, engagement took place between officers and car enthusiasts, focussing on the dangers and consequences of antisocial driving and speeding.

“We stopped a number of cars, issued 19 warnings and seized one vehicle.”

Officers were joined by the DVSA, DVLA, Go Safe and Neighbourhood Policing Teams, with speed, tax and insurance checks carried out in offending hotspots.

Police say that while the overall aim was to educate drivers on the risks of speeding or driving unroadworthy vehicles, enforcement was also necessary.

Two arrests were made – one for drug driving and one for a wanted person. Six people were caught speeding

There were four immediate prohibitions for overloaded or dangerous vehicles, and five delayed prohibitions.

Eight traffic offence reports (TOR) were issued to drivers with no insurance, no MOT, speeding or using a phone behind the wheel. One TOR was for a vehicle being in a dangerous condition. One TOR was for an insurance offence. One car was seized.

This was the second operation of its kind run along the coastal road over the past few weeks, and officers say they will continue to monitor the situation.

Sgt Lucas said: “The operation ran for approximately two-and-a-half hours during the peak demand times in that area, and was very successful.

“It was an excellent example of multi-agency working to address concerns raised by the community.

“This is the time of year we traditionally see a huge amount of traffic on our roads, and sadly the number of serious collisions we attend also goes up. Of course we want to avoid this, so any level of engagement and education we can provide is a positive.”