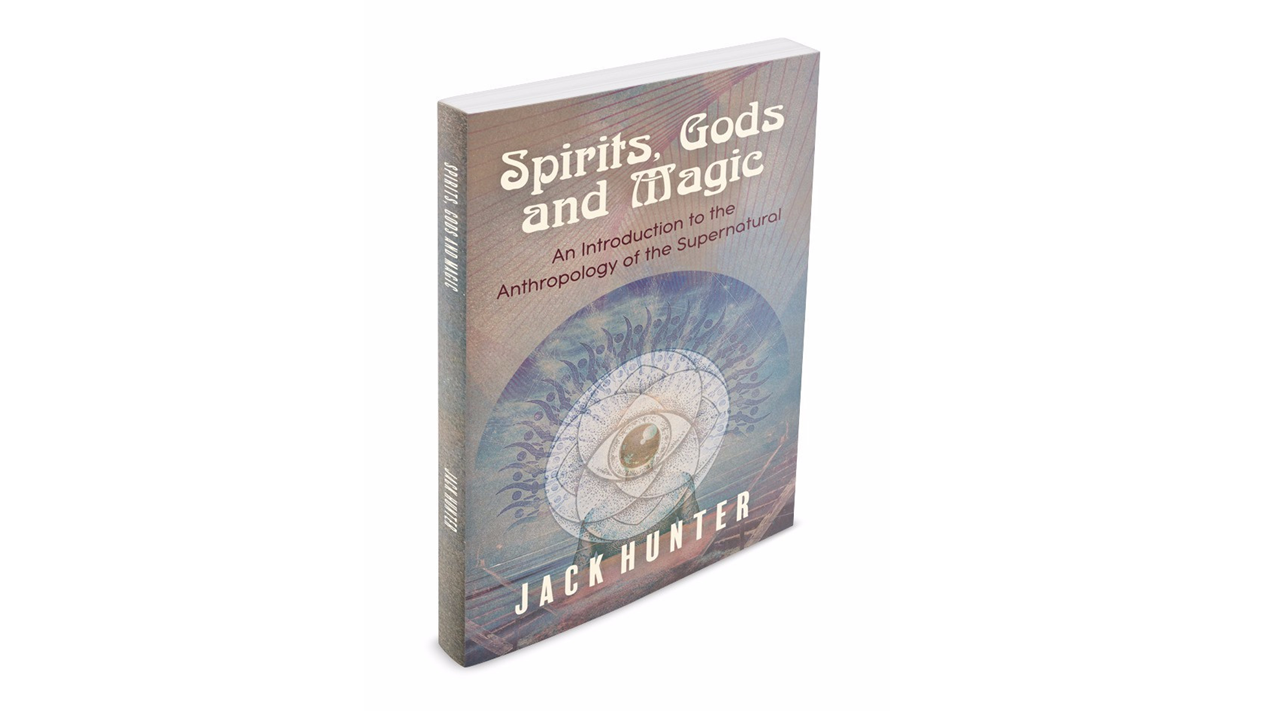 Interested in the ‘anthropology of the supernatural’? Well the University of Wales Trinity St David have the course for you.

The online course – Spirits, Gods and Magic: An Introduction to the Anthropology of the Supernatural – is from the University’s Sophia Centre for the Study of Cosmology in Culture based in Lampeter in West Wales.

It will run for five weeks every Monday evening from the 21 June.

“The course also explores the relationship between participant observation, ethnography and the paranormal and considers what the fields of anthropology and parapsychology might stand to learn from each other”.

Dr Hunter is an anthropologist exploring the borderlands of consciousness, religion, ecology and the paranormal. He is an Honorary Research Fellow with the UWTSD’s Alister Hardy Religious Experience Research Centre, and a tutor with the Sophia Centre for the Study of Cosmology in Culture, where he teaches on the masters’ programmes in Ecology and Spirituality and Cultural Astronomy and Astrology.

He is a Research Fellow with the Parapsychology Foundation and in 2010 founded Paranthropology: Journal of Anthropological Approaches to the Paranormal. He is the author of Spirits, Gods and Magic (2020) and Manifesting Spirits (2020) and is the editor of Greening the Paranormal (2019), Damned Facts (2016) and Talking with the Spirits (2014).

Dr Hunter continued: “Across the globe and through time – from prehistory to the present day – human beings have described experiences with strange forces and invisible beings. They have developed elaborate systems for understanding and establishing good relationships with the super/natural world through ceremony, ritual, and other forms of participatory engagement.

“Since the nineteenth century Western anthropologists have been trying to make sense of the extraordinary experiences and beliefs recounted to them by their fieldwork informants, at home and abroad. Sometimes they have sought to explain belief in spiritual beings away, and at other times anthropologists have tried to participate in other ways of seeing the world, in an effort to understand them on their own terms. These different perspectives have given rise to debates and controversies in the anthropology of the supernatural”.

The Sophia Centre has a busy summer ahead. On Monday, 7 June at 4pm, the Centre will launch a new publication Mattering the Invisible: Technologies, Bodies and the Realm of the Spectral, edited by Diana Espirito Santo and Dr Jack Hunter.  In addition, between 19-20 June, the Centre’s annual Conference – Stories of the Sky – will be held online.

Associate Professor Nick Campion, Director of the Sophia Centre says: “We have an exciting range of activities with eminent international speakers and contributors.

“The Centre’s work is partly historical, partly anthropological and partly philosophical. It has a wide-ranging remit to investigate the role of cosmological, astronomical and astrological beliefs, models and ideas in human culture, including the theory and practice of myth, magic, divination, religion, spirituality, architecture, politics and the arts. Our work considers the ways in which people have tried to live in harmony with the cosmos”.

Related Topics:Dr Jack HunterGodsLampeterMagicSophia Centre for the Study of Cosmology in CultureSpiritssupernaturalUniversity of Wales Trinity Saint DavidUWTSD
Up Next