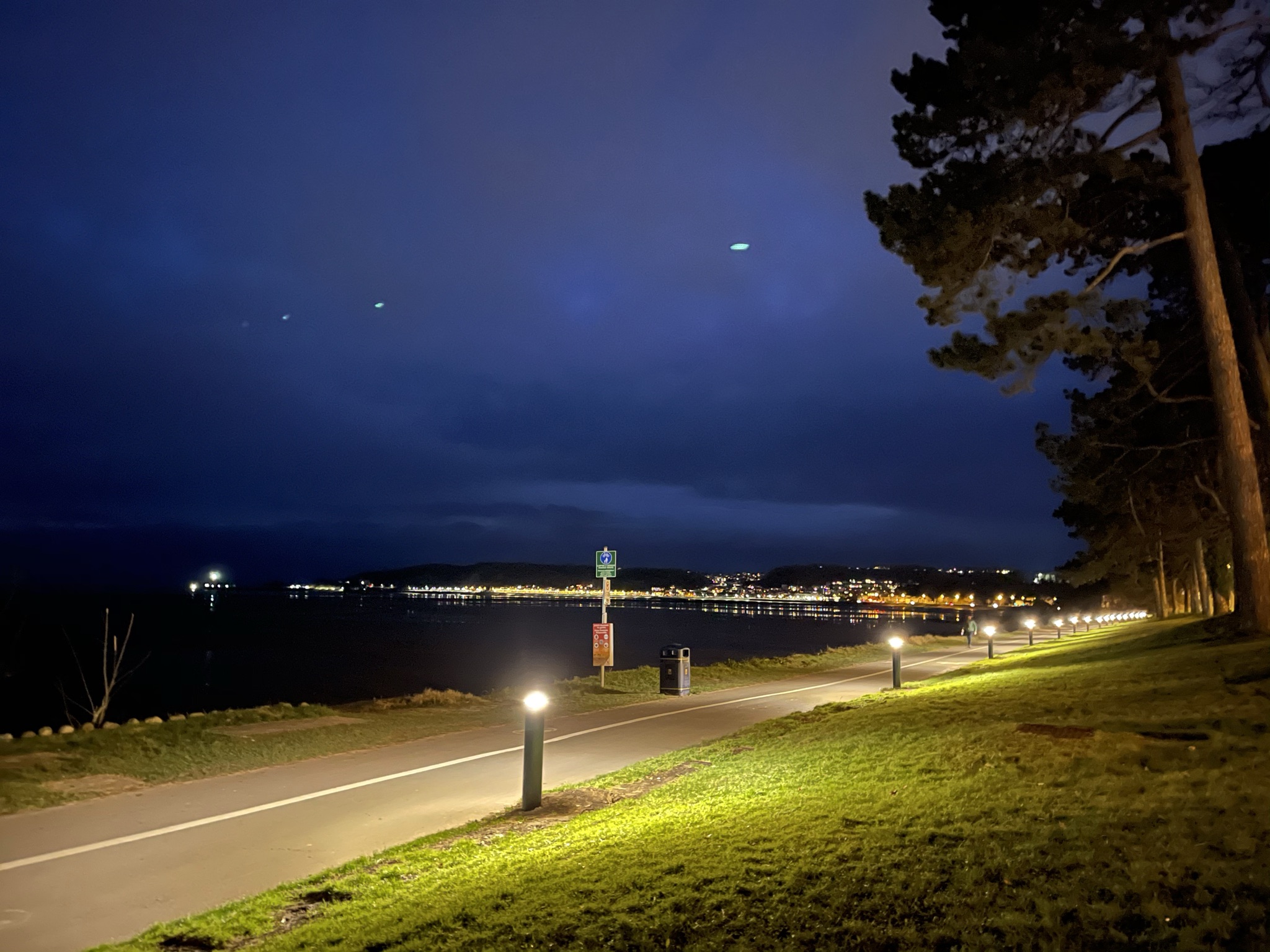 Businesses and cyclists have welcomed an £80,000 new lighting scheme along the promenade in West Cross.

The low-level, environmentally-friendly lights are being funded by Swansea Council, thanks to a scheme for smaller-scale projects in communities across the city.

Each ward in Swansea is being given at least £36,000 to invest in new play equipment or other facilities as part of the scheme. This is in addition to local councillors using funding from their environmental budgets to boost communities.

Stretching for about a mile, the new lighting is aimed at further improving safety and accessibility for walkers, runners, cyclists and other promenade users when it’s dark.

An official switch-on of the West Cross promenade lights has now taken place.

Dennis Dywer, of Ripples Café, said: “I’m a resident of West Cross and I have a business here on the promenade. It’s made a big difference – certainly to the business.

“It’s great to see many more cyclists using it day after day – not using their cars, supporting active travel and the very important climate change agenda.”

“This scheme will increase the amount of times that cyclists can safely cycle from Mumbles through to West Cross. This is a particular benefit to people who are not used to cycling.”

“The scheme is already proving very popular, but it will really come into its own during the autumn and winter, giving people even more time to enjoy the promenade.

“Given how successful this scheme has been, we’re also exploring the introduction of similar lighting on other parts of the promenade to benefit even more residents, businesses and visitors to the city.”

Cllr Andrew Stevens, Swansea Council’s Cabinet Member for Business Improvement and Performance, said: “This fantastic new lighting scheme in West Cross is part an overall council investment that will ensure every ward in Swansea benefits from new facilities. Other examples include new play facilities already being enjoyed by children and families in communities like Grovesend.

“We’re so lucky to have a promenade that stretches alongside our world class bay, but we’ll keep doing all we can to further improve the facility for walkers, cyclists and other promenade users.”