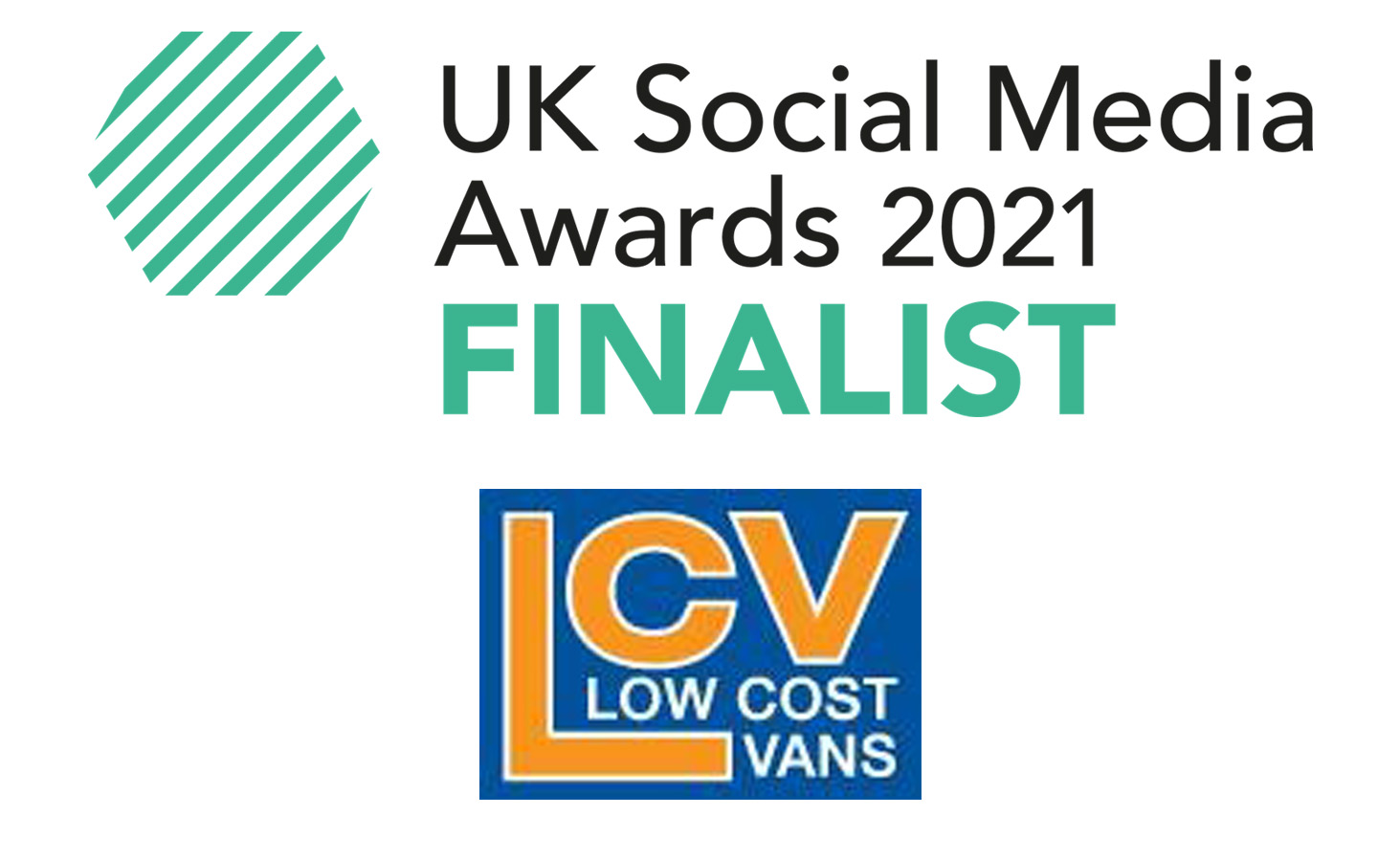 Low Cost Vans, one of the UK’s leading providers of commercial vehicles, has been announced as a finalist in the 2021 UK Social Media Awards – awards that recognise and celebrate the creativity and innovation involved in achieving outstanding social media campaigns across the UK, during the past year.

The company, based in Neath, South Wales, has been shortlisted in the prestigious ‘Best use of Instagram’ category – the competition’s most competitive category. Due to the high number and superior quality of entries, the judges at the awards have decided that there will be a Winner and Silver Award given in this category.

Low Cost Vans’ nomination for the award was for the promotion, via Instagram, of a competition to win a Ford Transit Custom van, worth more than £20,000.

The competition was launched at the end of 2020 by Becky Evans, one of the UK’s most exciting female automotive content creators and Instagram influencers, with the draw taking place live on the social media channel, announced by Ospreys, Wales, and British and Irish Lions rugby star James Hook.

The awards are judged by an esteemed panel of industry leaders and experts, and the judging process is a rigorous two-step process that includes pre-scoring to determine shortlists and judging meetings where entries are discussed and evaluated in detail.

The winners will be announced at a live, in-person event ceremony on Thursday 8th July at the Montcalm Marble Arch, London.

Rod Lloyd, Managing Director of Low Cost Vans, said: “We’re delighted to be shortlisted for these prestigious, nation-wide awards. It is a real validation of the hard work of the LCV marketing team and all those who were involved in the Instagram campaign’s execution and success.

“We look forward to enjoying a rare, in-person awards event in London, and will be keeping our fingers crossed that we will be ultimately successful and win the award.”

Low Cost Vans has grown rapidly in the last 12 months, despite the coronavirus pandemic, and the company has an expanding workforce which has recently acquired an additional 10 staff including a new analyst, a new head of marketing and a new director of compliance. It has also recently launched a new short-term van hire division called LCV Hire, which will also create new jobs.

In early 2020 the company launched two new businesses: First National Cars, specialising in car leasing; and First Electric Vehicles, which will help and encourage its customers to switch to electric vehicles when their leases are due for renewal.