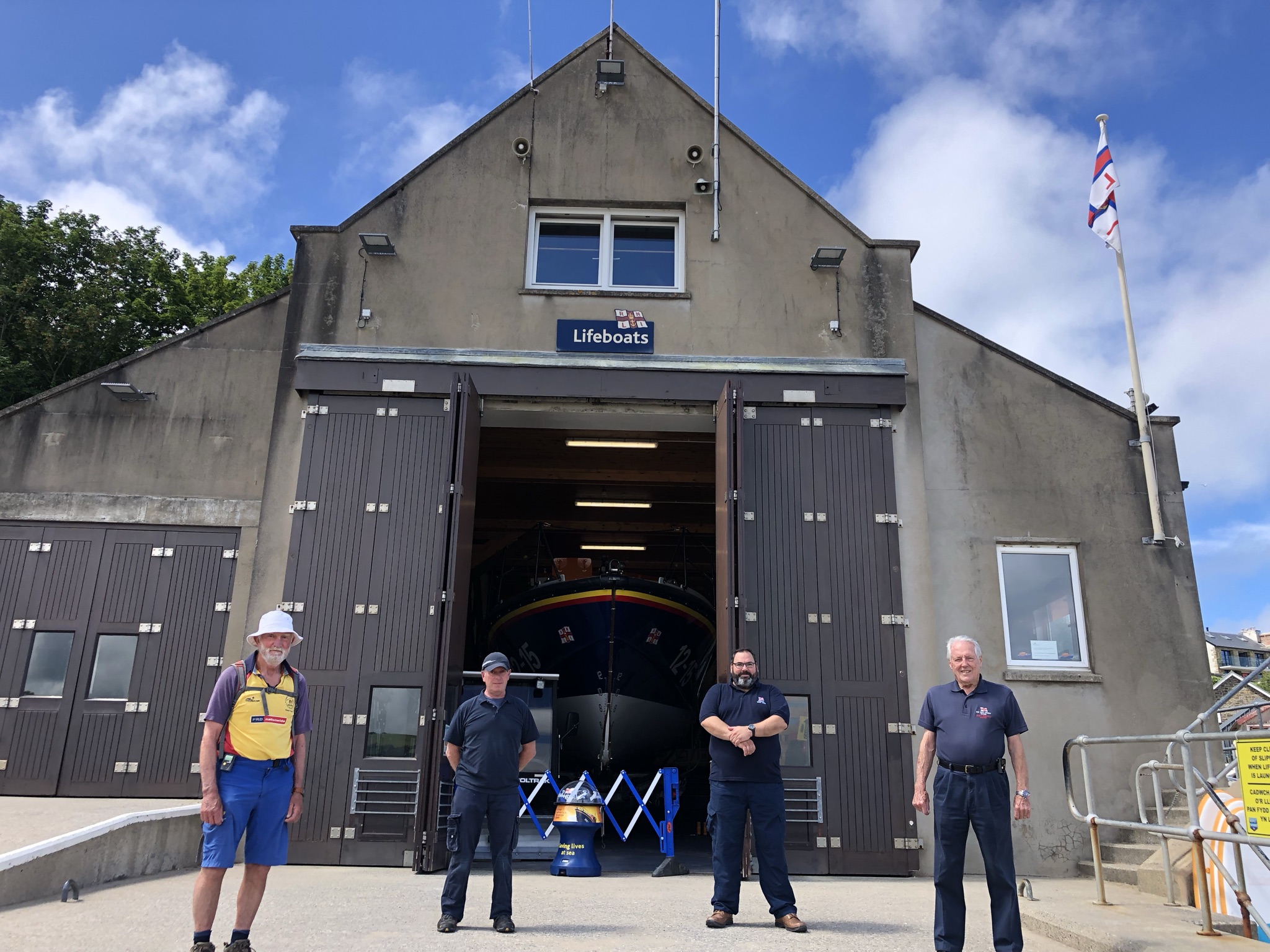 Tim Richards, 71, from New Quay in Pembrokeshire, decided to challenge himself to hike from Aberystwyth to New Quay, a gruelling 26 miles in total, to raise much needed funds for the charity that saves lives at sea, the RNLI.

Tim, a New Quay RNLI crew member for nearly 20 years and the chairman of the New Quay RNLI fundraising group, began his epic journey on Monday (5 July) with a bus up to Aberystwyth from his home in New Quay with his friend Claire Barnes. They walked for nine hours over rough terrain and in changeable weather to reach Aberaeron.

Tim said: “It was hard going but after a year of holding no fundraising events due to the COVID-19 pandemic I just wanted to get up and do something to raise money.

“The RNLI charity is very close to my heart as I’ve been part of the volunteer team here for many years.

“The service they provide is invaluable and we need to raise as much money as possible.

“I would like to thank everyone who has donated and thank Claire for her much needed company on this mammoth hike.”

Tim and Claire set out again on Wednesday (7 July) to complete the challenge and finished the Aberaeron to New Quay stage in good time and in lovely weather after the rain had cleared.

Roger Couch, New Quay RNLI Lifeboat Operations Manager said: “We want to give a big round of applause to Tim and Claire for the enormous challenge they completed to raise money. We are very grateful to them and to the people who have donated.”

If you would like to donate to New Quay RNLI please go to https://www.justgiving.com/fundraising/new-quay-wales.

Swansea charity ‘Faith in Families’ gives thanks for over £10,000 in Christmas donations

Half a million COVID vaccines given in mid and west Wales