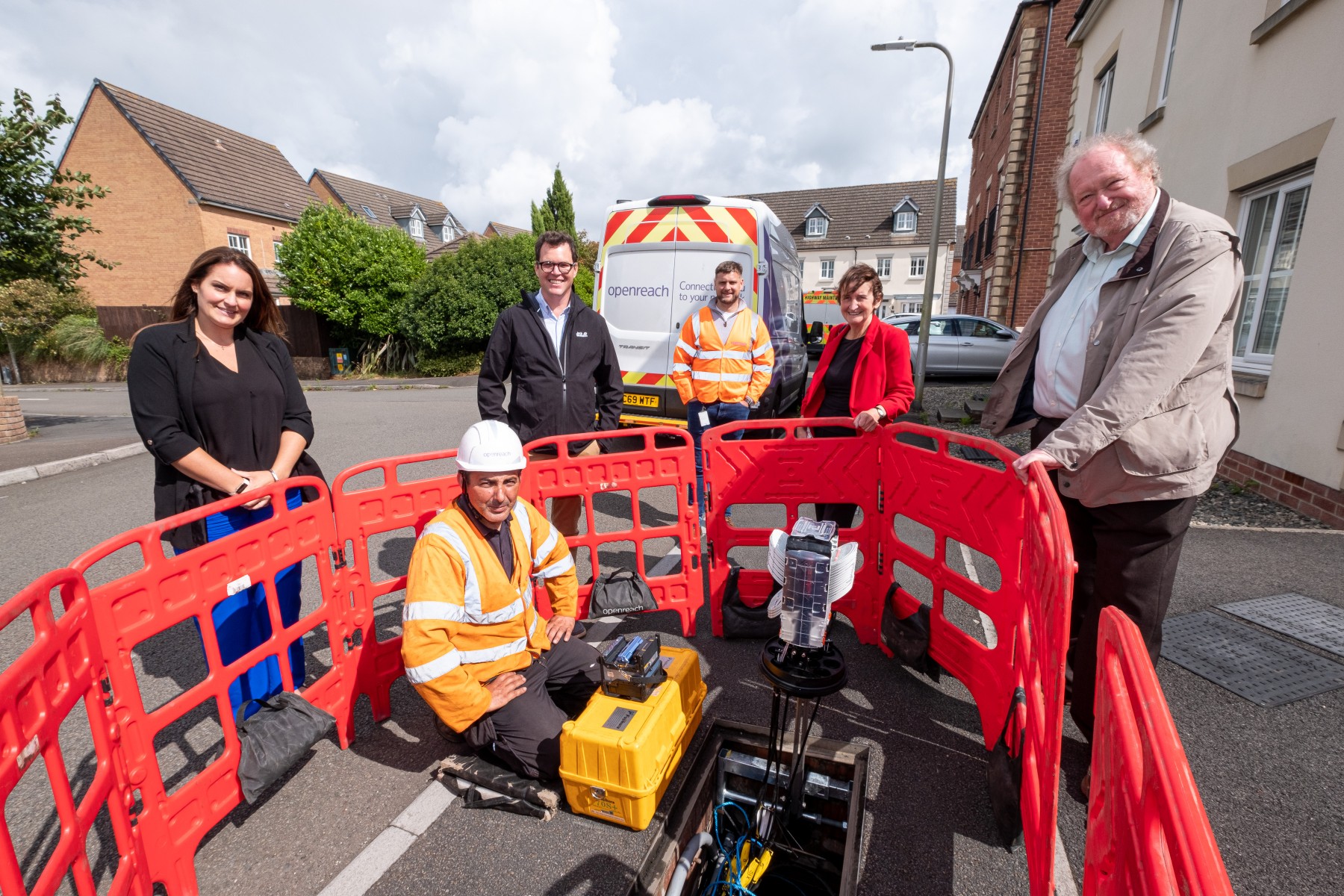 Residents of a Bynea housing development in Llanelli are soon to become the latest to benefit from the ultrafast, ultra-reliable full fibre broadband that Openreach engineers are currently installing up and down the country

A number of residents in the estate on Yspitty road along with some adjoining streets had been left without decent connectivity after developers failed to plan for fibre broadband. While some properties were connected as a result of the successful Superfast Cymru (a partnership between Openreach and the Welsh Government) a number of residents missed out as that programme came to an end.

Working closely with Lee Waters MS, Nia Griffith MP and local Councillor Derek Cundy (Bynea ward) Openreach are now stepping in to connect those properties that have been forced through no fault of their own to sit in the digital slow lane and bring them some of the fastest broadband speeds in Europe.

Using Fibre-to-the-Premises (‘full fibre’), where the fibre is run all the way from the exchange in Llanelli direct to the property, this technology will future-proof Bynea homes and businesses for decades to come.

During his tour of the new full fibre network in Llanelli, Lee Waters MS, said: “We take for granted when we want to download a film or send a photo that it just happens by magic but of course it takes a lot of planning, investment and hard graft to make that happen.

“What’s been fascinating about seeing this new Openreach infrastructure is how many different parts there are that have to line-up and how much work goes on to co-ordinate that build in order to give us the fibre broadband service that we all need and take for granted.”

Nia Griffith MP said: “It’s been really interesting to see how Openreach are working to bring proper broadband that the Bynea residents deserve and how the engineers are absolutely determined that full fibre broaband will be delivered to every property on the estate.”

Welcoming the work of Openreach, Cllr Deryk Cundy, said: “We are now well on the way to having the fibre infrastructure from Llanelli exchange to Bynea installed.

“Seamlessly linked by light, soon your internet provider will be able to offer you the speed you need. I would like to thank the huge efforts of the Openreach engineers who are helping to get the area into the 21st century and well into the future in the world of communications.”

The visit was hosted by Connie Dixon, Openreach’s Partnership Director for Wales. Connie said: “At Openreach we’re very proud to be able to say that nobody in Wales or the rest of the UK is building full fibre faster, further or at a higher quality than Openreach. We’re reaching more communities than ever and our team of highly-skilled local engineers, are working hard to deliver some of the fastest and most reliable broadband available anywhere in the world.

“As part of our full fibre build plans we’re working hard with housing developers to make sure that they engage with us at the very earliest stage so that new build sites have the type of broadband connectivty that home owners now expect.

“We’ve made huge strides on that front which will hopefully help avoid similar new build sites having the fibre broadband issues that Bynea has had to experience but making it mandatory through legislation from both Welsh and UK Government will make sure that 100% of all new builds benefit from ultrafast, ultrareliable full fibre broadband.”