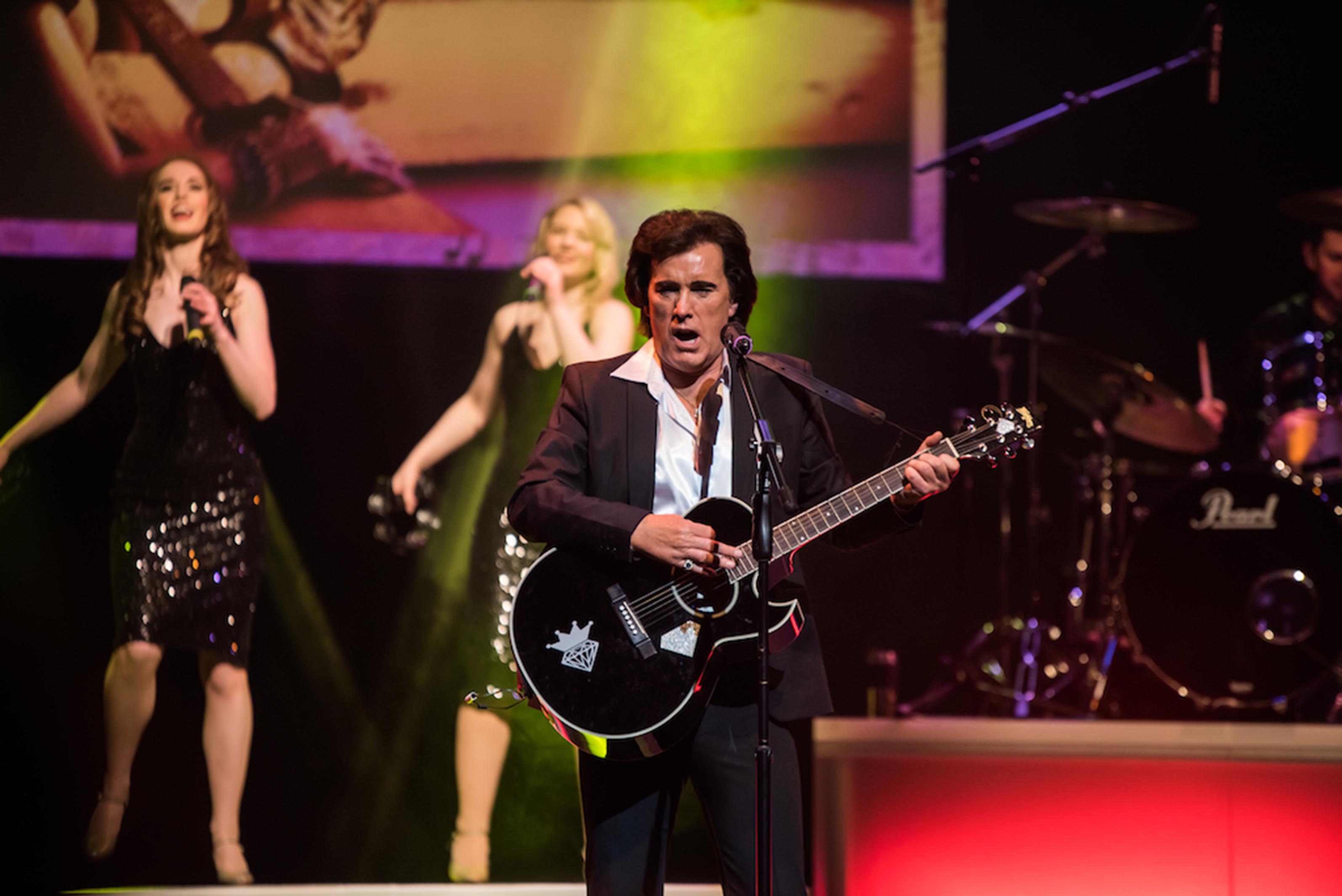 The hit stage show ‘A Beautiful Noise’, named after Neil Diamond’s million-selling 1976 single, is one of the shows welcoming back live music to the Swansea Grand Theatre as the venue bounces back out of lockdown.

The show is a joyful celebration of the music and a tribute to Neil Diamond. Having starred at the Lyric Theatre in London’s West End in 2019, the production is embarking on a nationwide tour.

Promoters Flying Music describe the performance of award-winning Fisher Stevens – the star of the critically-acclaimed production – as encompassing “the assured virtuosity that the standard and scale of the timeless songs featured deserve”.

Fisher Stevens himself says that he is looking forward to welcoming live music back to the theatre’s stage.

“We were fortunate enough to be the first concert show to play the Mayflower Theatre, Southampton, last month,” he says. “And the crowd reaction is something that I will never forget.

“The past 17 months have been incredibly tough for this country – no one has escaped the consequences of the unprecedented circumstances we have faced together.

“People have lost loved-ones, workers have risked their lives. . . and jobs and livelihoods have been affected.

“It was great to have the opportunity of thanking theatregoers for their continued support at the Southampton show.”

“And we get the chance to do it all over again at the Grand Theatre on November 4.”

Fisher says that he is overwhelmed that, despite the original performance being postponed, ticket purchasers have retained their tickets for the show.

“They’ve stuck with us and the theatre and patiently waited for the moment live music can return to their favourite venue. They’re in for a great night which promises to be a really emotional evening.”

Fisher takes great pride in recreating the songs of an artist who has sold more than 100 million albums since his first hit single recorded over half a century ago.

“Though he has declared his touring days over,” says Fisher, “Neil Diamond’s star will burn forever.” With a fully live band, including brass and strings, backing singers and dancers, A Beautiful Noise boasts it is the best way for UK audiences to enjoy the singer/songwriter’s wonderful songs in a live setting.

“Sweet Caroline, Song Sung Blue, Cracklin’ Rosie, Forever in Blue Jeans,” continues Fisher, “these are the songs that sound-tracked our lives – the teenage dream – and remain fixtures of personal and radio playlists everywhere.”

Fisher promises theatregoers heartfelt renditions of all the biggest hits, including those featuring appearances from Lula and Barbra Streisand.

“A Beautiful Noise has been awesome, the reviews have been fantastic,” he says, “and performing the show in London’s West End, was a dream come true, an amazing experience.”

A lifelong lover of Neil Diamond, Fisher has toured the world as a performer and is supported by an experienced band and backing singers who are all as passionate about Neil Diamond as himself.

Assisting the tribute show to achieve the high standards of Diamond’s songbook has been the responsibility of musical director David Mackay, who himself has created hits for some of the biggest names in the music industry including Cliff Richard, Dusty Springfield, The Bee Gees and Eric Clapton. David has been the MD for many West End successes including 125th Street and Jailhouse Rock.

As Fisher Stevens says: “It is my privilege to celebrate Neil Diamond’s talent and take the audience on a musical journey.

“A Beautiful Noise is packed with all the classic hits and aims to do just that, and in some style!”

* Please note this is a tribute show and is no way affiliated or endorsed by Neil Diamond.

This show comes to Swansea Grand Theatre on Thursday, November 4. Tickets available from the box office: 01792 475715.