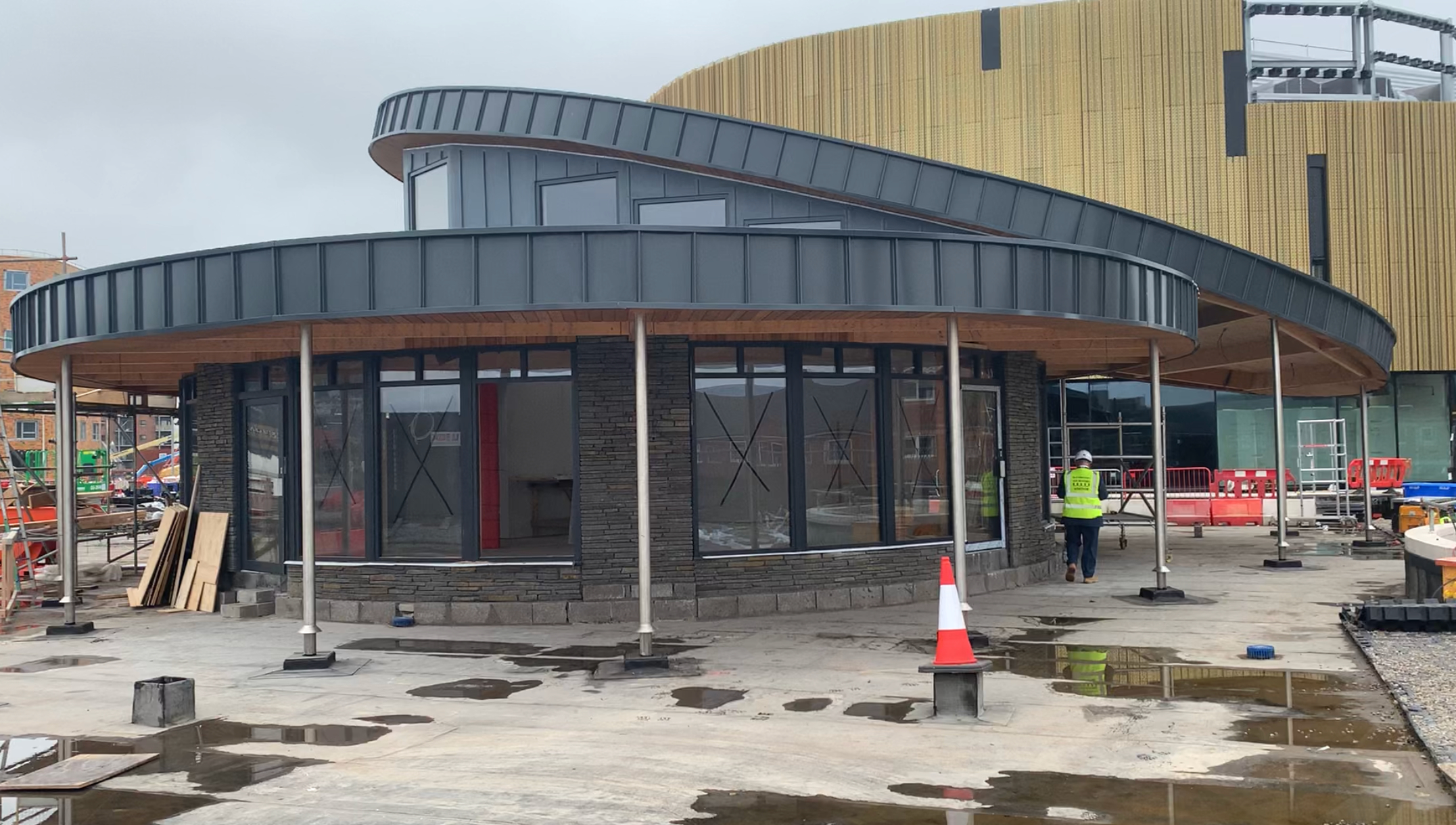 Scaffolding has now been removed from the 1,400 square foot restaurant, which will have capacity for about 60 people along with outdoor seating.

The keys for the restaurant will soon be handed over to its operators – The Secret Hospitality Group – who will then start work on its fit-out and application for licencing.

The Secret Hospitality Group, run by Ryan and Lucy Hole, also own The Secret Beach Bar & Kitchen on Mumbles Road, as well as The Optimist Bar & Kitchen in the Uplands area of the city.

Set within the 1.1-acre coastal park, the new restaurant forms part of the £135m Copr Bay phase one district being developed by Swansea Council and advised by development managers RivingtonHark.

Other features of the district include the 3,500-capacity Swansea Arena, leased and operated by the Ambassador Theatre Group (ATG), as well as the new bridge over Oystermouth Road, space for leisure and hospitality spaces, and plenty of car parking.

Cllr Rob Stewart, Swansea Council Leader, said: “This is yet another great step forward for the city’s emerging new Copr Bay district, which is worth hundreds of jobs and £17.1m a year to Swansea’s economy.

“Benefiting local businesses was always key to our plans, so it’s great to have Ryan and Lucy on board to run the new restaurant in the coastal park right next to Swansea Arena.

“Discussions with other businesses about leasing spaces at Copr Bay are also on-going as we look to make further announcements soon.”

Ryan Hole said: “We can’t wait to get started on the fit-out of the new restaurant. It’s great to see Swansea Council giving opportunities to local businesses such as ours. The newest restaurant in the group will the also join the others by having its produce supplied by local businesses, helping to further support the local economy.”

Developed by Swansea Council and built by Buckingham Group Contracting Ltd, construction of Copr Bay phase one will be completed later this year, with the arena opening its doors in early 2022.

The arena is being part-funded by the £1.3bn Swansea Bay City Deal as part of the Swansea City and Waterfront Digital District project.

£50k boost for people missing out on Pension Credit