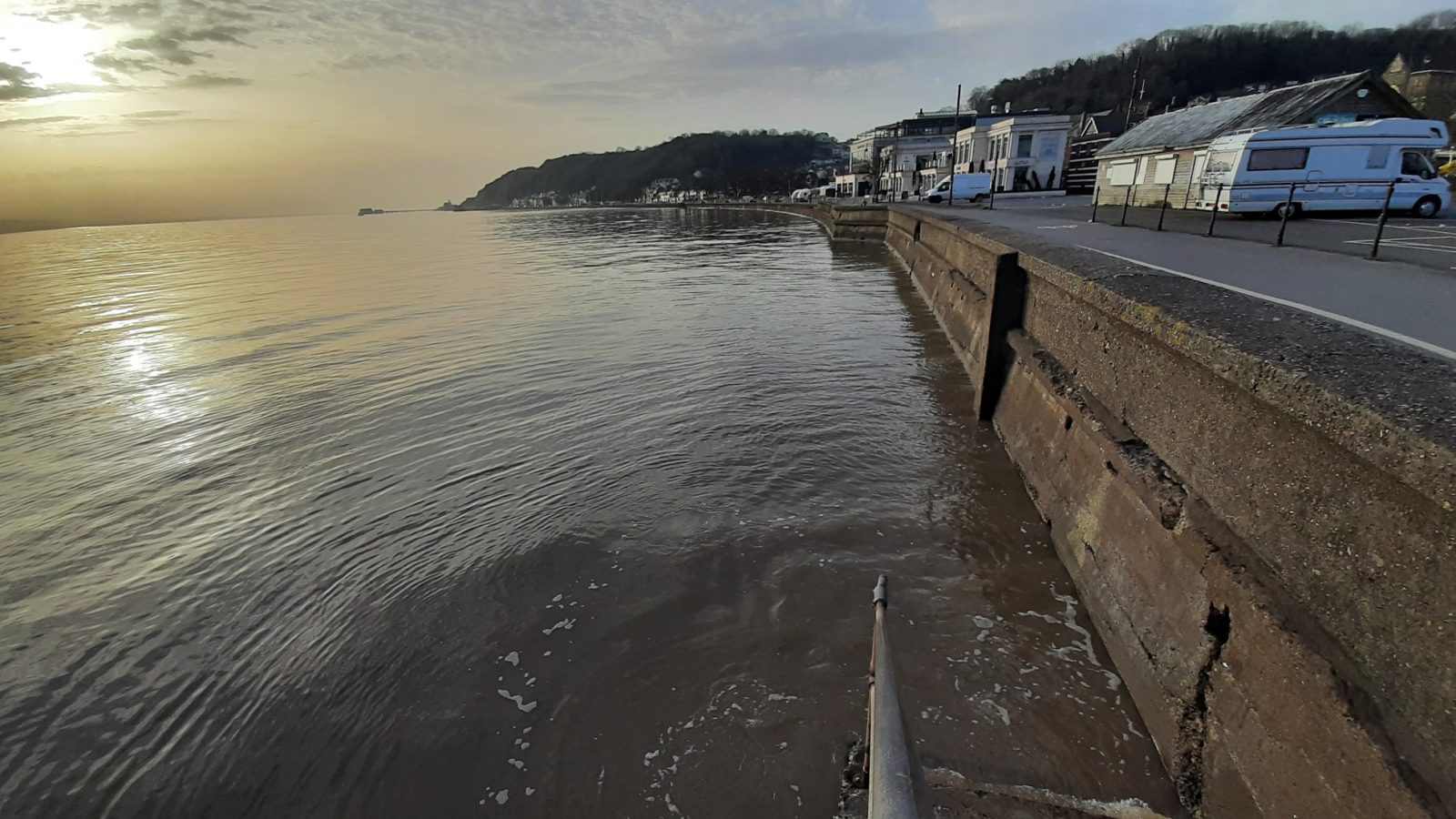 Major work by Swansea Council to improve sea defences at Mumbles is to be boosted by a Welsh Government grant of more than £1.7m.

The funding will be used by the council to design defence improvements along a 1.2km stretch of seafront, from around Oyster Wharf to near Verdi’s.

Public consultation on the scheme continued this year – with more to follow as plans progress.

The council’s cabinet is due to discuss the grant when it meets on October 21.

Mark Thomas, cabinet member for environment enhancement and infrastructure management, said: “This grant – for just over £1,735,000 will cover the total funding for the design stage of this scheme.

“The improved sea defences will protect homes, businesses and leisure areas from the effects of rising seas for the foreseeable future.

“The views of the public and Mumbles organisations are important to us as we continue to plan this important work – and we’ll continue to consult them.

“The feedback we had from the round of consultation staged earlier this year is helping us to understand and clarify perspectives from locals and interested groups. Their opinions will be taken into account in the design phase.

“For instance, most people liked the idea of more planting, new street furniture and designs that reflect aspects of Mumbles’ heritage.”

“When we have completed design work we’ll be sharing our proposals again with local residents and other interested groups.”

The Welsh Government Flood and Coastal Risk Management Programme presents the council with a chance to improve the seawall and address long-term flood risk affecting the community.

The Mumbles plans will also support the potential of future development and regeneration of the area.

Award-winning Amey Consulting – who have vast experience in coastal defence initiatives – are working on the designs alongside delivery partners JBA Consulting and LDA Design.

The existing sea defences were built more than a century ago as part of a Swansea and Mumbles Railway extension. They have withstood high tides and storms across many decades.

This year, further consultation gathered feedback on the initial design proposals. The three-week consultation – with people, businesses and organisations across Mumbles – helped inform what the project will look like on the ground, ahead of a formal planning application expected to be submitted in the coming months.

Cllr Thomas said: “The existing sea defences have served Mumbles well over the last century or so – but they’re showing significant signs of wear and tear.

“On top of that we have to prepare for rising sea levels in the coming years. Our investigations show that around 80 properties along the seafront in Mumbles are at risk of flooding and that more than 120 will be threatened in the years ahead if we do nothing.

“The aim with any new sea defences is to be sensitive to Mumbles as a seaside visitor destination while protecting people and property.”