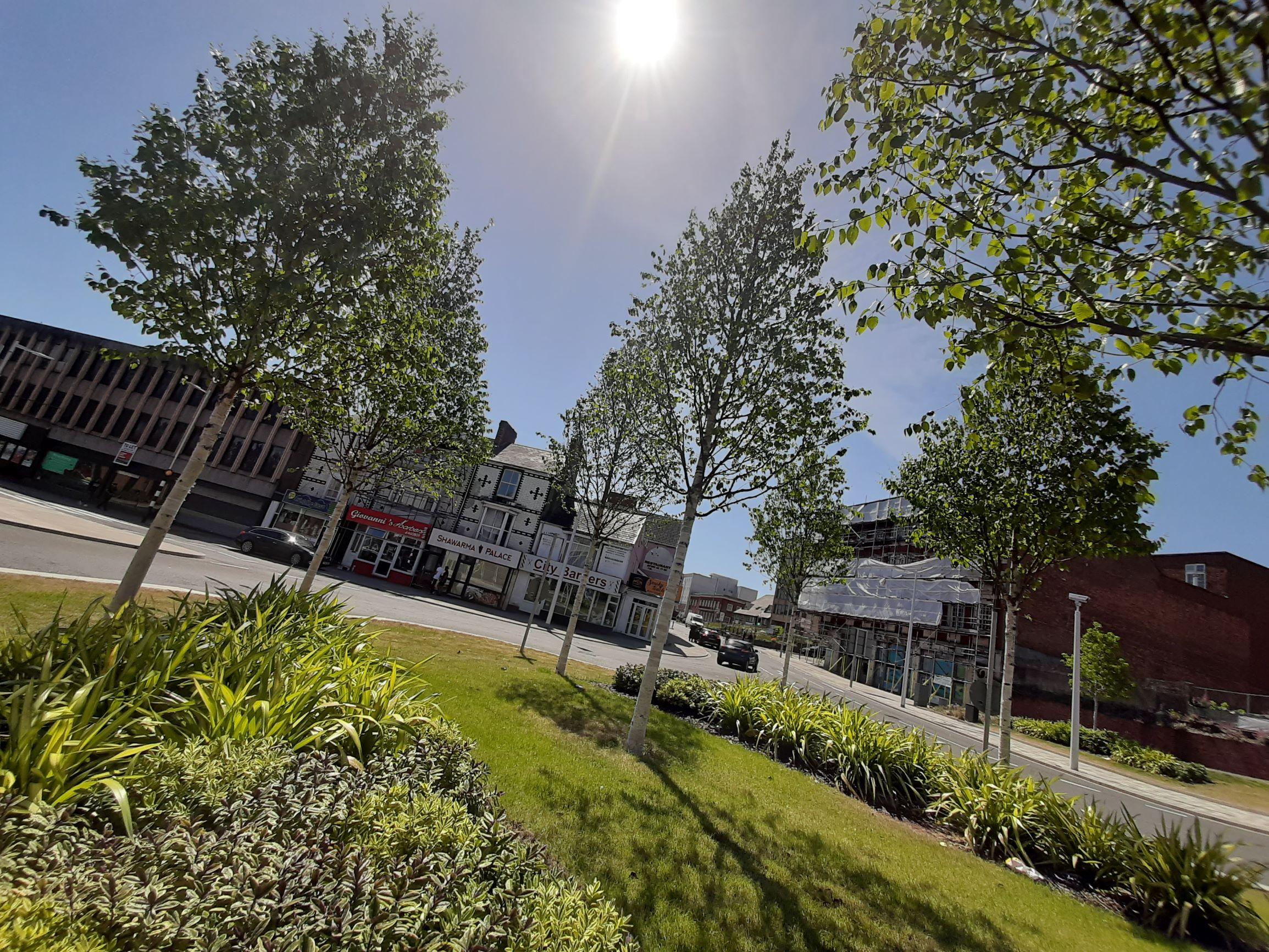 Swansea is set to be a Queen’s Green Canopy Champion City as part of celebrations of the monarch’s Platinum Jubilee.

The Queen’s Green Canopy has announced that Swansea will be joining twelve other cities around the UK, including Manchester and Leicester, to help celebrate the 70th anniversary of Her Majesty The Queen’s year on the throne.

Rob Stewart, Leader of the Council, said: “It is such an honour for Swansea to have been nominated a Queen’s Green Canopy Champion City.

“It is recognition of what’s been achieved in the last few years in creating a new city centre urban park – the first in Swansea for a century – and the planting of thousands of trees along key routes in Swansea.

“We’re also being recognised for the work we have done with partners to plant even more trees around the city, including thousands of new trees at sites including Mynydd Newydd Playing Fields and residential areas such as Penlan.

“But, just as important is what we intend to do in the coming months and years to increase our commitment to tree and woodland planting.

“Our plans for the coming year include proposals to work with schools, community groups and volunteers to create new hedgerows and small native woodlands within school grounds and local green space.

“Our ambition is that it will become a destination not just for entertainment and conferences but also a spot for sitting down on a bench or a grassy area to enjoy city and beach views or a chat over coffee with friends.”

There are more than 100 parks and green spaces around Swansea, boasting some of the finest views and finest biodiversity found anywhere in Britain.

Kingsway has been re-fashioned into a refreshing city centre green space boasting more than double the number of trees and greenery than it had before. The Council has been consulting on doing something similar for Castle Square Gardens with news on proposals due in the next few months.

Mark Thomas, Cabinet Member for Environment Enhancement and Infrastructure Management, said: “The news of the city receiving this title is a real credit to the work we have carried out in recent years and also for the plans we have for the future.

“It clearly recognises the efforts we are making to improve the city’s green infrastructure and improve our local environment.

“All of our new cycle routes are benefitting from additional tree planting. We have recently planted more trees in many of our parks. It’s also important we recognise the work to manage our existing trees and remove diseased and dangerous trees and replace with more suitable species that we know thrive in urban areas.”

Tree-planting season started last month and areas getting new trees will be the area around the new-look Broadway junction above Tycoch, Kingsbridge, Sketty Park, Ynystawe Park, Wind Street, Townhill and in Gorseinon. Off-road cycling and pedestrian routes are also expected to benefit from extra tree planting as well.

In addition to that, tree planting is also being planned for roadside verges and in communities and sheltered housing complexes as part of environmental improvements under the £500m Welsh Housing Quality Standard programme.