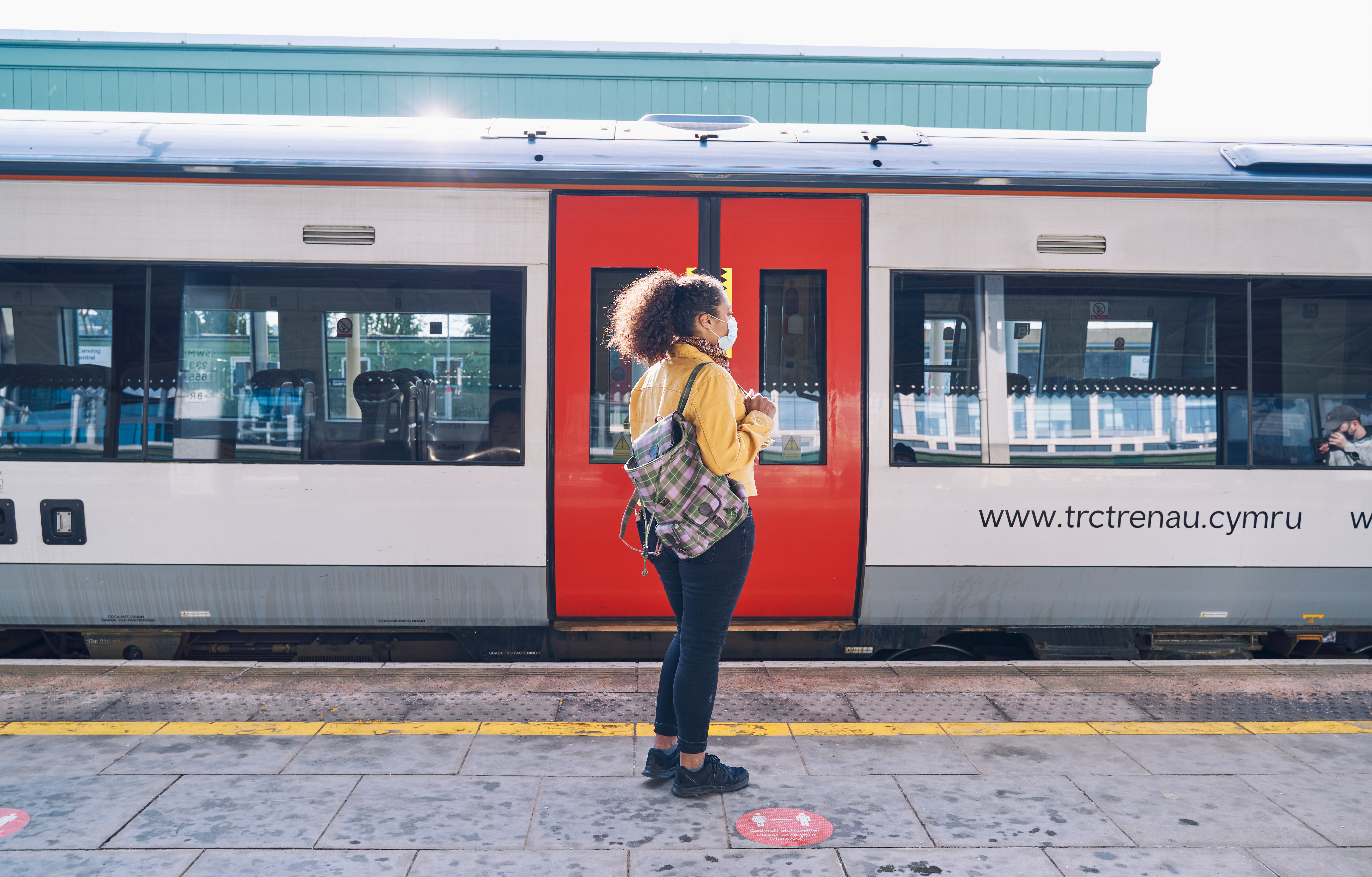 Rugby fans travelling to Cardiff for Wales’ game against Scotland are being urged to plan their journeys carefully and remember to wear a face covering.

Rail services will be very busy throughout the day on Saturday (12 February) with almost 75,000 supporters at the Principality Stadium for Wales’ first home game of their Six Nations campaign.

Transport for Wales (TfW) and Great Western Railway (GWR) will be running as many extra services as possible to and from Cardiff as well as providing road transport, where possible.

Improvements including closing the rear car park at Cardiff Central to allow easier access by buses and better queuing for Valleys services, a post-game closure of Penarth Road by Cardiff Council to provide safe walking routes under the railway bridge, safer stair treads on the stairwells in Cardiff Central, and plans to run extra trains to bolster capacity.

Travellers are being asked to check timetables carefully before traveling and leave plenty of time for their journey both before and after the match. A post-event queuing system will be in place (photo attached) with new locations for queues for services to Newport and Gloucester.

Colin Lea, Planning and Performance Director at Transport for Wales said: “We look forward to welcoming many thousands of rugby supporters travelling to and from Cardiff on our services on Saturday.

“It is important to remember we still in a pandemic and this continues to affect rail services throughout the UK. We will be doing everything we can to provide as much capacity as possible to get people into the city and home again, but it is absolutely vital everyone plans ahead and checks the latest travel information before setting out. Weather forecasters are predicting a wet and windy afternoon, so customers should wear appropriate clothing, and check for any disruption on the network caused by the weather.

“Customers are reminded to wear a face covering for the entirety of their journey, unless exempt. It remains the law in Wales.”

Anyone travelling from west or east Wales into Cardiff along the mainline is advised to use larger capacity inter-city services where possible and those travelling shorter distances are encouraged to walk, cycle or use local bus services if they can.

Face coverings remain mandatory on public transport in Wales, unless exempt, and Transport for Wales will be working closely with the British Transport Police to engage with supporters travelling to and from the capital.

BTP Inspector Richard Powell said: “We’re working closely with our partners throughout the tournament to help the thousands using the railway to travel to and from the events safely.

“We will have an increased presence at key locations, and officers will be reminding passengers of the requirement to wear a face covering on public transport in Wales, unless exempt.

“As with all major events, it’s very important for everyone using the railway to stay alert, be vigilant, and report anything suspicious activity to station staff, a BTP officer, or by texting 61016 with some brief details.”

Storm Eunice: Railway to close as biggest storm in a decade to hit Wales