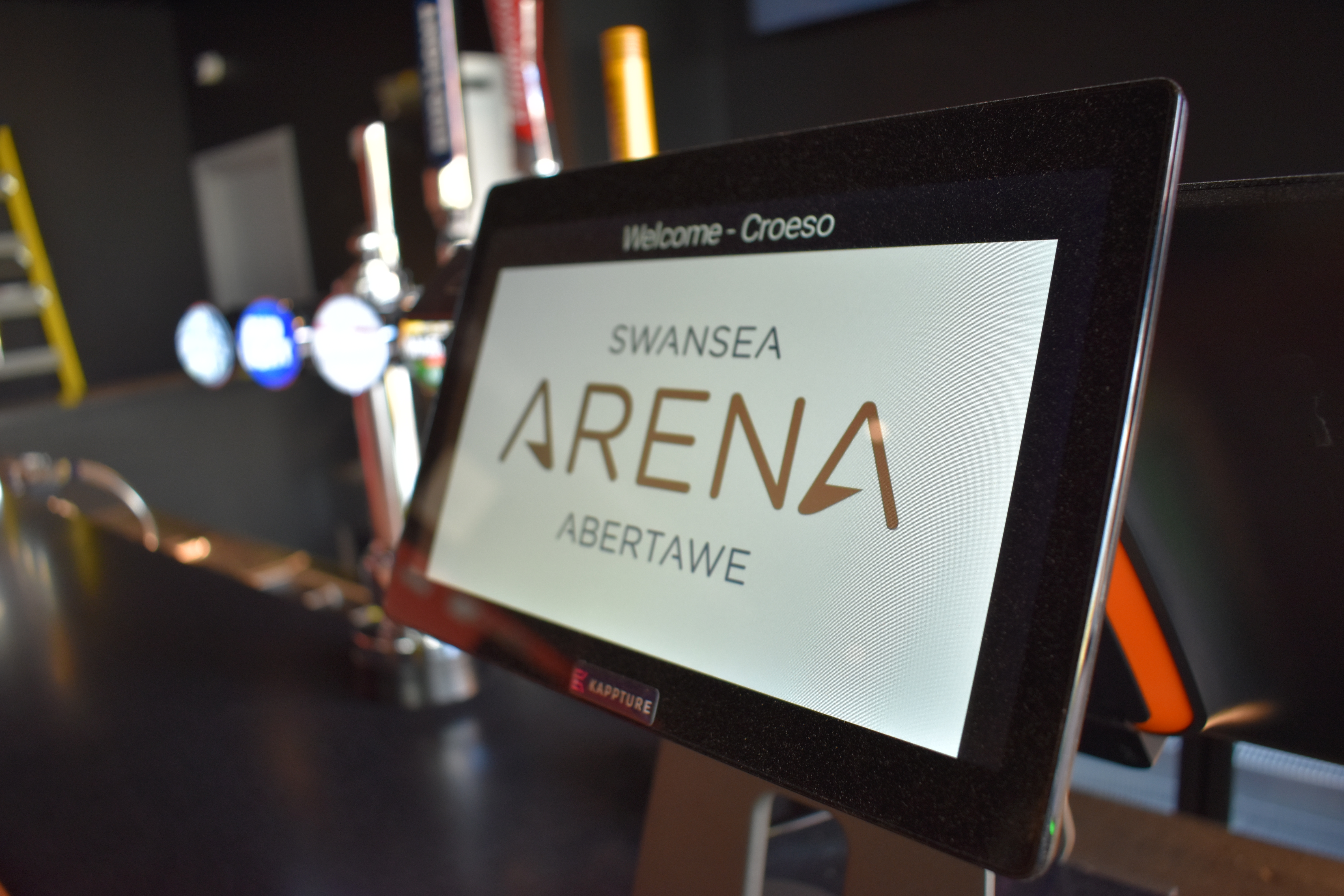 The photos and video show features such as the elegant foyer, magnificent auditorium and smart VIP areas.

Swansea Arena is one feature of the £135m Copr Bay phase one district being developed by Swansea Council and development managed by RivingtonHark. Buckingham Group Contracting Ltd is leading on its construction.

The test events featuring local bands at the arena will enable the testing of all aspects of the venue ahead of its opening in March. This will include crowd evacuations as part of safety testing.

Ticket holders arriving by taxi or on foot are asked to head to one of these car parks, where marshals will be available to direct them to the arena. No drop-offs or pick-ups will be permitted in the area of the arena on Oystermouth Road or on Victoria Quay in the Maritime Quarter. A designated drop-off and pick-up point for private hire taxis will be available at Paxton Street car park.

The arena foyer, the landmark new bridge over Oystermouth Road, the 1.1-acre coastal park and the 345-space car park beneath the coastal park are due to open to the public early next month. Other features of Copr Bay phase one, including the new car park on the city centre side of Oystermouth Road, the adjoining apartment development and the new business units on Cupid Way will open in subsequent months. The St David’s multi-storey car park will remain open and operational in the meantime.

Cllr Rob Stewart, Swansea Council Leader, said: “The new images and video footage from inside the arena show the exciting progress being made as we head towards next month’s opening of the world class Copr Bay leisure and entertainment destination.

“Copr Bay is a catalyst for further transforming the city centre. Its key features – including the arena, coastal park, new bridge and car park beneath the coastal park – have been delivered for the people of Swansea during the pandemic. This is a significant achievement.

“The opening of all other features will follow in the coming months, including local businesses taking up units on Cupid Way.

“Copr Bay has already created hundreds of jobs and opportunities for local people, with many more to come in the months and years ahead.

“The destination is a key part of an on-going £1bn regeneration programme in Swansea that’s transforming our city into the one of the UK’s very best to live, work, study and visit.”

The arena, leased by the council to venue operators Ambassador Theatre Group, is being part-funded by the £1.3bn Swansea Bay City Deal. The new bridge over Oystermouth Road is part-funded by the Active Travel initiative through the Welsh Government.