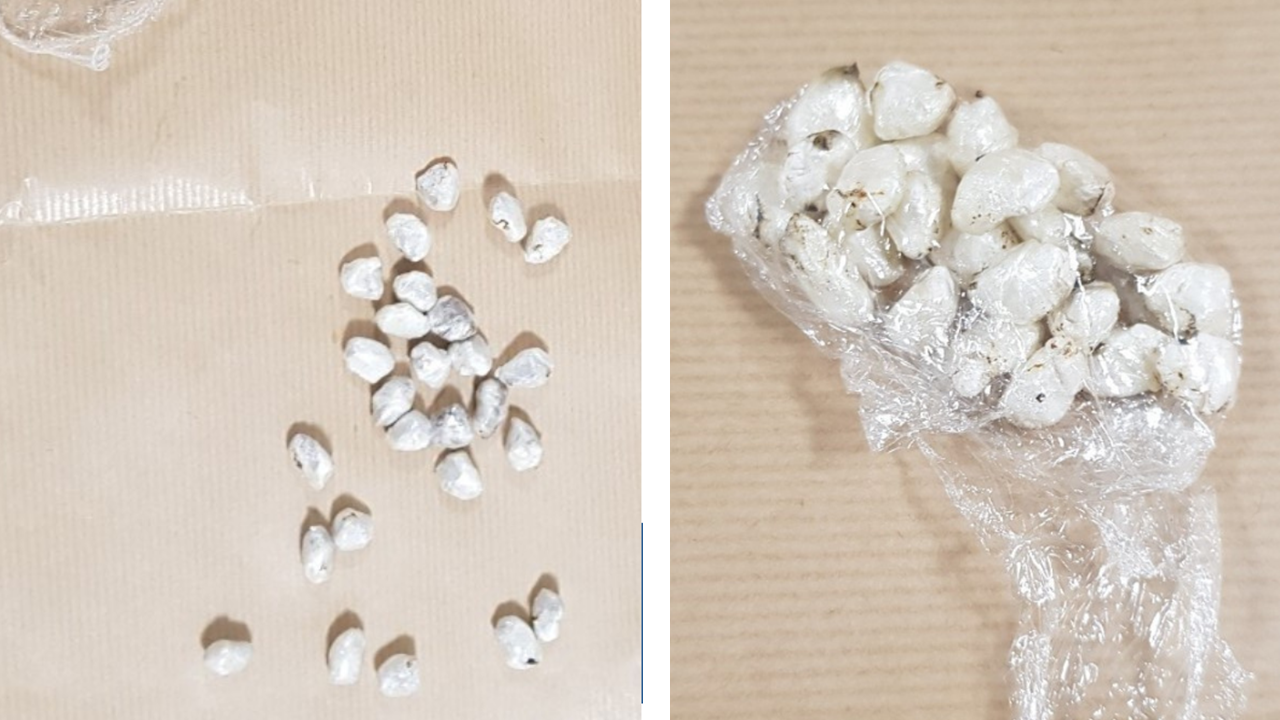 During a search of the property, which they had cuckooed, officers found two golf-ball-sized clingfilm wraps containing smaller deals, leading to the arrest of both men.

Officers also found more than £970 in cash, weighing scales and a mobile phone with a number known to be used for significant drug supply in the area.

Tests later revealed one of the packages contained heroin and the other crack cocaine.

While in custody the following day, Brace, who was under observation, confirmed he had ‘plugged’ some drugs in his anus, which were recovered and found to be heroin and crack cocaine.

The total amount of Class A drugs seized had the potential street value in the region of £3,770 and £4,220, however, evidence including phone records, allowed police to show their drug dealing went well beyond this.

Brace and Aspell both pleaded not guilty to drug supply charges at their first hearing in magistrates court but faced with the evidence collected by officers from Dyfed-Powys Police, pleaded guilty at crown court.

DI Rhys Jones said: “This is a positive result for our force as we continue to disrupt county lines operations in our area.

“Aspell and Brace were arrested on January and a matter of weeks later are beginning prison sentences having spent the time since their arrest on remand.

“Both of these men are from the Newport area and have no ties to Llanelli, so they came down here with the sole purpose of spreading misery through the sale of drugs.

“With good police work we were able to put an end to that.

“Aspell and Brace initially entered not guilty pleas but based on the volume of evidence against them they both changed their pleas to guilty.”

They were Swansea Crown Court on Thursday, 24 February, when Aspell was sentenced to five years and 11 months with Brace getting four years.

Carmarthen man found guilty of rape and abuse of children